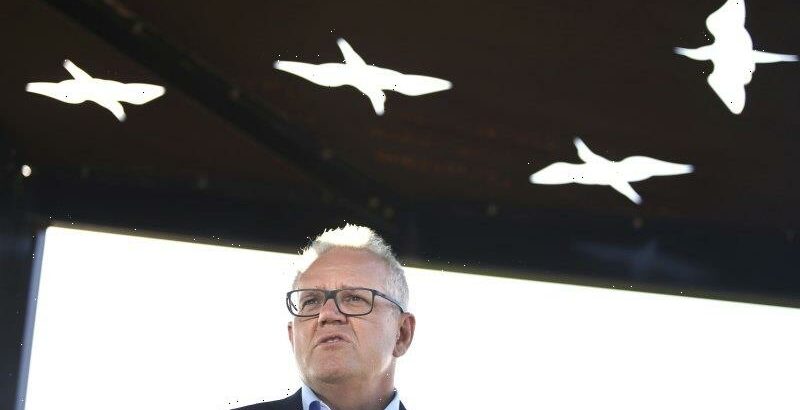 It is important our politicians have and operate with principles, values and beliefs, but consistency of words and deeds is fundamental if they are to be believed and trusted. Australians have become wary of politicians who spruik morals, principles and religion but then fail conspicuously to live what they claim to believe.

Prime Minister Scott Morrison has made a couple of speeches in the past month in which he has focused on his faith and beliefs – to a conference of Christian Churches and to the United Israel Appeal Dinner last week – but his declarations on human dignity at those events sit at odds with his own behaviour. 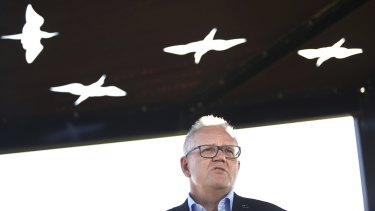 At the United Israel dinner in Randwick he described human dignity as “foundational to our freedom” and “the essence of morality”. He declared that “acting to morally enhance the freedom of others ultimately serves to enhance our own freedom” and that we must protect against “the growing tendency to commodify human beings through identity politics”.

Yet compare this with his scathing attack on Australia Post boss Christine Holgate, his inadequate response to the Brittany Higgins rape allegations and other reports of bad behaviour in parliament, his efforts to take the Brereton report into alleged war crimes in Afghanistan off the radar and delay a formal response to it, and his government’s decision to ban Australians returning from India and threaten them with jail and fines if they tried to come home.

From the start of his political career, Morrison was happy to benefit to the detriment of others. He lost preselection to Lebanese Christian Michael Towke 82-8 but was later installed as the candidate for the 2007 election after Towke was de-selected following a vicious and defamatory campaign of leaks and smears (in which Morrison is not suggested to have been involved, and all of which has since been disproven). When Towke initially won preselection for Cook, it was considered inappropriate by some within the party that such a prize Liberal seat could be represented by a Lebanese politician only 18 months after the Cronulla race riots and revenge raids.

Morrison claims that “seeing the inherent dignity of all human beings … makes us more capable of love and compassion, of selflessness and forgiveness,” yet the Coalition government has lost so much of this sentiment in so many areas of public policy. 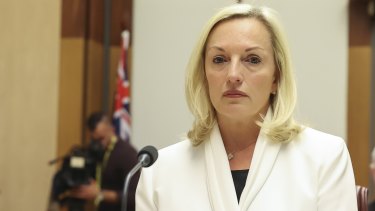 Christine Holgate addresses a hearing at Parliament in April.Credit:Alex Ellinghausen

It resists complete and effective recognition of First Australians in the Constitution, with a voice to Parliament, a treaty, and by eliminating their continuing economic and social disadvantage. It set JobSeeker far below the poverty line and the minimum wage, at at time when 2 million Australians are unemployed or unable to get the work they desire. And it sustains a system that still significantly discriminates against women in terms of opportunity and reward.

It skews tax cuts and benefits heavily in favour of higher income earners, further compounding inequality. It is responsible for intergenerational theft, through an inadequate response to climate change and the build-up of national debt, pushing responsibilities to future generations.

Personally, Morrison has voted against: same sex marriage; increasing Aboriginal land rights; higher aged pensions; more funding for higher education; better gambling restrictions and consumer protections; and improved access to government data. He has also voted in favour of intervention in the Northern Territory and cuts to ABC funding, to mention but a few.

So much of Morrison’s ideal about the value of individuals, as the base of community and the strength of our society, is directly undermined by the politics that his party plays and protects -unfair preselection processes; campaign funding; the undue influence of lobbyists; the lack of truth in political advertising and restraints on false or misleading political conduct; sports and other conspicuous rorts; and the failure to set up a National Integrity and Anti-Corruption Commission.

It is not surprising that Australians so easily lose trust in and feel disenchanted and disenfranchised by our politicians, politics, and government processes when abuses and excesses are seen as more important than delivering good and responsible government, through meeting challenges and solving problems in our national interest.

Morrison also emphasises, very Kennedy-esque, the danger of being focussed on entitlements over responsibilities, yet his government has gone to great lengths to ignore its well-established responsibilities in quarantine, aged care and vaccine acquisition and rollout, blaming the states where possible, and more or less leaving them to carry the can.

Finally, Morrison emphasises his faith, the value of prayer, miracles, and how God has led him to the office of Prime Minister and guides him in his work. This is not to be mocked. But equally, and importantly, God cannot be used as an excuse for inactivity, on key issues. God would expect that we use our talents and opportunities to do the best we can, not so much for ourselves, but for the greater good.

John Hewson is a professor at the Crawford school of public policy, ANU, and a former Liberal opposition leader.