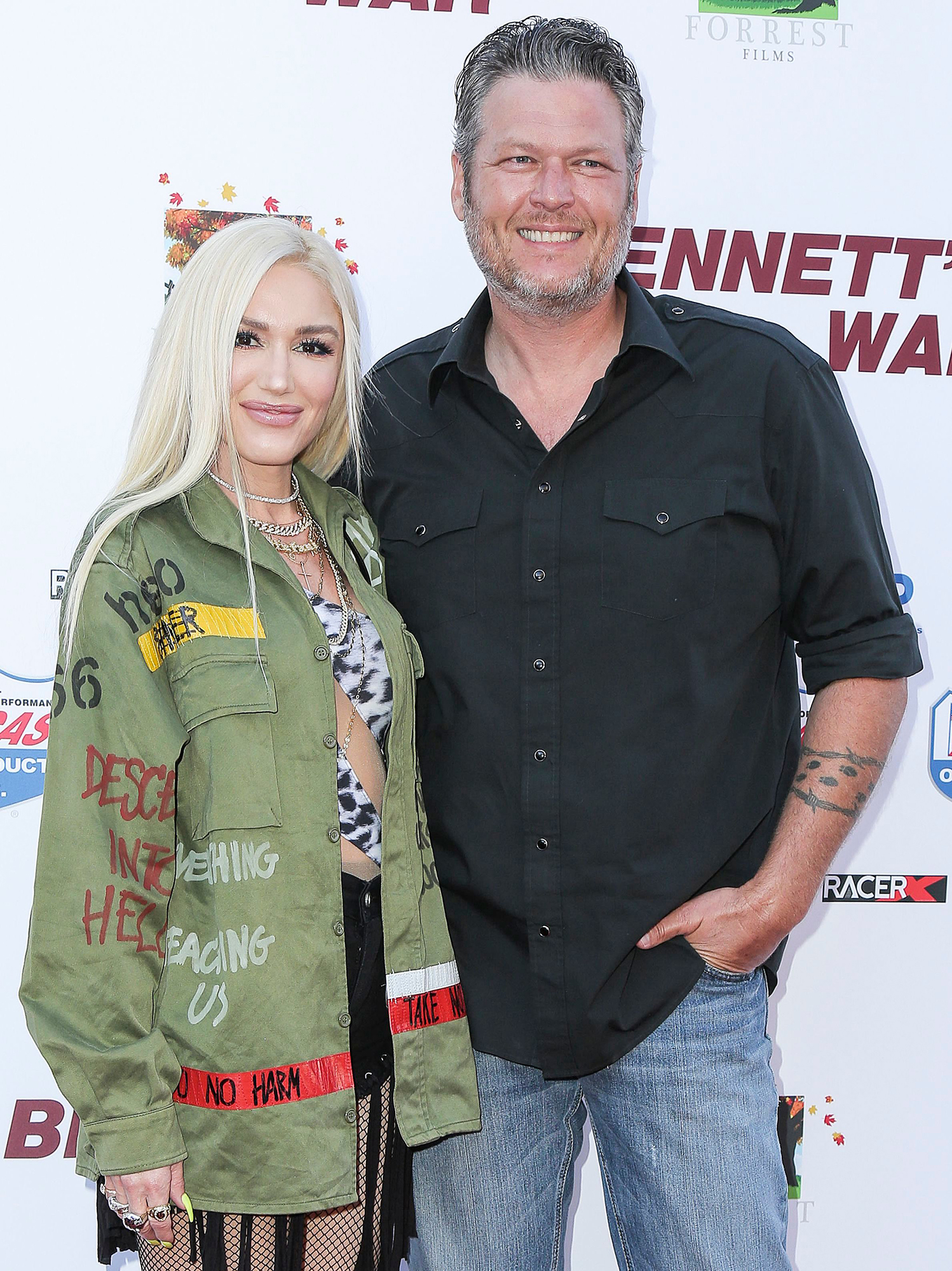 It’ll be a family affair for Blake Shelton and Gwen Stefani this Thanksgiving!

The couple, who have been together since 2015, hit the red carpet with fellow Voice coaches John Legend and Kelly Clarkson ahead of the singing competition’s live show on Monday, November 25, and spoke all about their big Turkey Day plans.

“We all fly out to Oklahoma, like 30 of us,” Stefani, 50, told ET of the relatively new family tradition. “Blake has this bed and breakfast hotel that we all stay at and it’s just pretty incredible.”

And don’t expect this duo to cater the holiday meal either. As the “Baby Don’t Lie” songstress explained, the prep is part of what makes this tradition so special. “We have fun, we all cook together,” she noted. “It’s fun.”

According to the “God’s Country” crooner, he and Stefani have spent Thanksgiving in Oklahoma for at least the last four years, but “it might be more than that.” He added: “We’re taking all the Stefanis and then the Shelton bunch are gonna meet up there and just literally [spend] like, five days away.”

Though a family gathering might sound like a good place to pop the question, it doesn’t sound like Shelton is planning to get down on one knee in the near future. In fact, his girlfriend shot down engagement rumors earlier this month after she was spotted wearing a diamond ring at the 2019 People’s Choice Awards.

It might be a real ring — a real diamond — but it’s not a wedding ring, no,” she told E! News at the time. “When I have something to say, I’ll say it.

Engagement chatter aside, the famous pair are certainly in love with one another and aren’t afraid to show it. “It’s really funny because she doesn’t let him get away with anything, and I think that he’s very smitten with her, and it’s really cute to see this tall cowboy be so smitten with somebody, and so in love,” contestant Cali Wilson told Us Weekly at The Voice Season 17 Top 13 Artists carpet earlier this month. “It’s kind of inspiring to see because they’re both so incredibly busy and they have these giant careers, but they still make time for each other and they still make time for the little things, just holding hands while they’re walking off stage, like that’s really cool to see.”