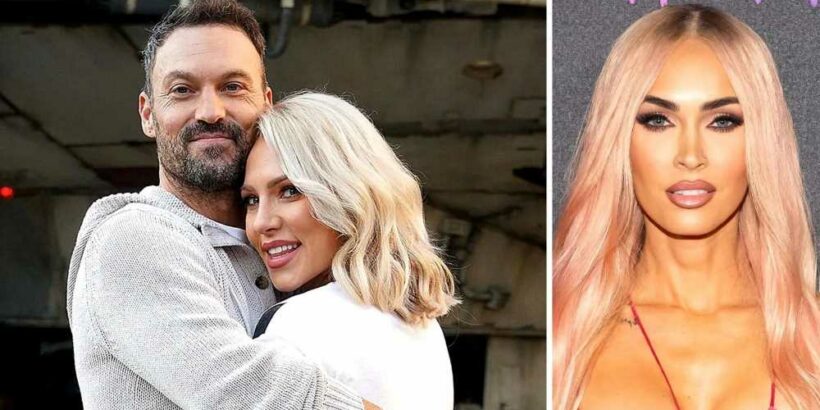 Sharna Burgess’ Most Candid Quotes and Photos From Her Postpartum Journey

“She came in and got some Zane snuggle time,” Burgess, 37, exclusively told Us Weekly on Wednesday, July 27, of Fox’s first encounter with her baby boy. “Which was wonderful and really great to see.”

The Dancing With the Stars pro, who welcomed Zane in June, recalled the Transformers actress, 36, saying the little one is “super cute and such a chill baby.”

Burgess agreed with Fox’s assessment of her 1-month-old son, telling Us, “It’s amazing how chill he is. He doesn’t cry. We’ve not had tears yet. He’s, like, a social butterfly.” 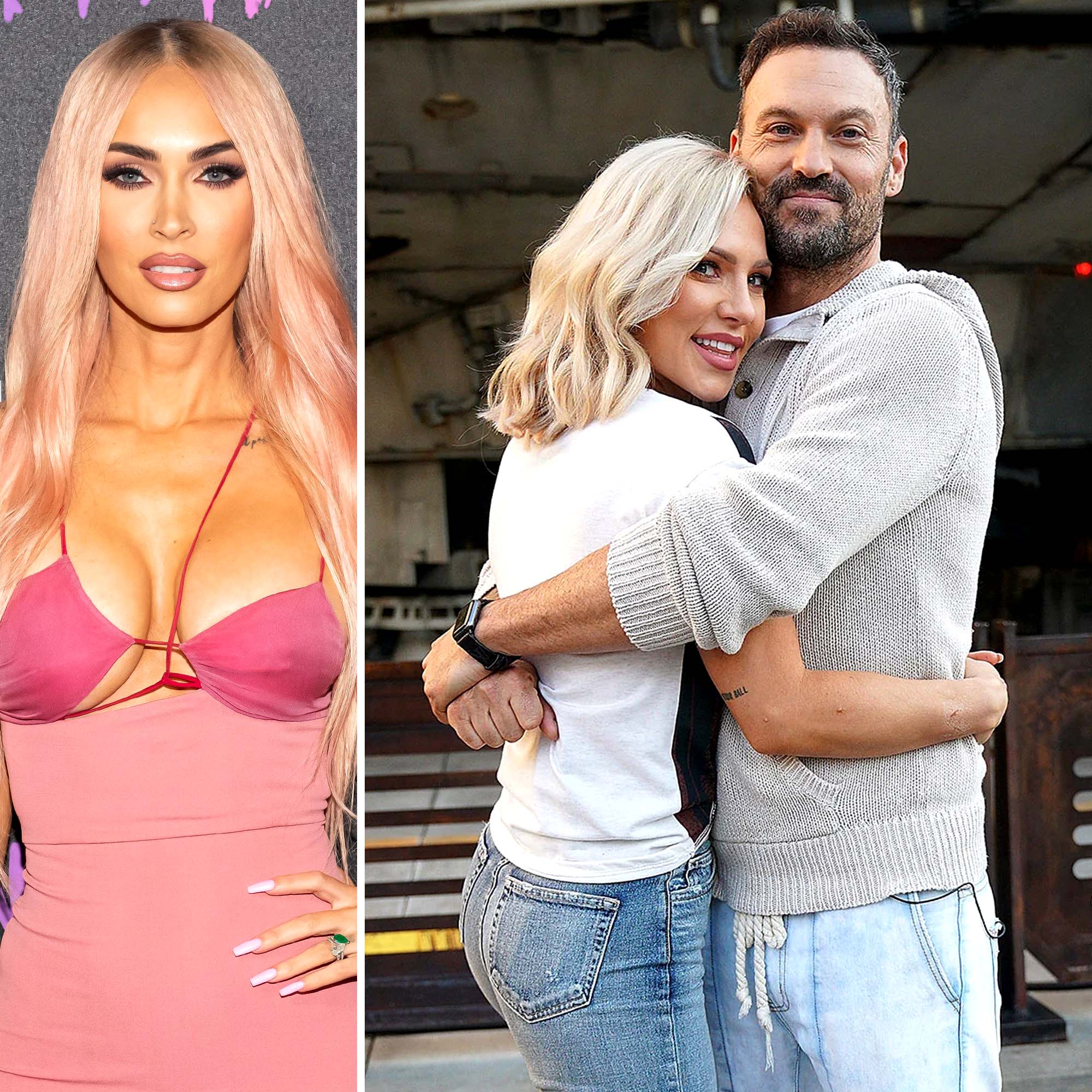 The Australia native noted that Zane is at ease when other people want to cuddle. “He’s like, ‘Oh, you are gonna hold me now? Cool. No worries.’ And he just goes in anyone’s arms and relaxes,” she added. “It’s been really cool.”

Burgess began dating Green, 49, in late 2020 after he and Fox announced their split in May of that year. The Beverly Hills, 90210 alum and the former New Girl actress were married for nearly 10 years before they called it quits. (Fox, meanwhile, has moved on with Machine Gun Kelly, whom she got engaged to in January.)

When it comes to their blended family, Burgess told Us on Wednesday that Green and Fox’s boys have been hands-on with their little brother.

“They are obsessed with him. They come in every morning, they sneak in, they tiptoe to see if they can see baby Zane,” the professional dancer said of the Noah, Bodhi and Journey. “They love giving him love and kisses. They love him so much. They think he’s the cutest thing ever.”

The new mom revealed that the boys can’t stop talking about “all the things they’re gonna do with him and teach him when he grows up.” She confessed that it warms her heart to see so much love under one roof.

Everything Megan Fox, BAG Have Said About Each Other Moving On

“We couldn’t have asked for it to go better for us in having a new addition into our family,” Burgess said. “Zane has come into so much love and he has siblings that are going to love and support him. And I could not ask for more honestly, it’s a dream.”

The love for Zane has also been felt in the DWTS community. The TV personality’s fellow dancers, including Peta Murgatroyd, Daniella Karagach and Pasha Pashkov, have already come to see the little guy, according to Burgess.