‘Damn hipsters!’ Fans are unimpressed as controversial Cereal Killer Café launches its own range for the first time – costing £10 a box

A symbol of gentrification, controversial Cereal Killer Café has often been criticised for selling cereal for up to £4.40 a bowl.

But now the London-based chain has failed to impress some of its own fans after launching its first ever cereal product this week with a £10 price tag.

However some customers were baffled by why the box has such a high price, as it contains just five portions. 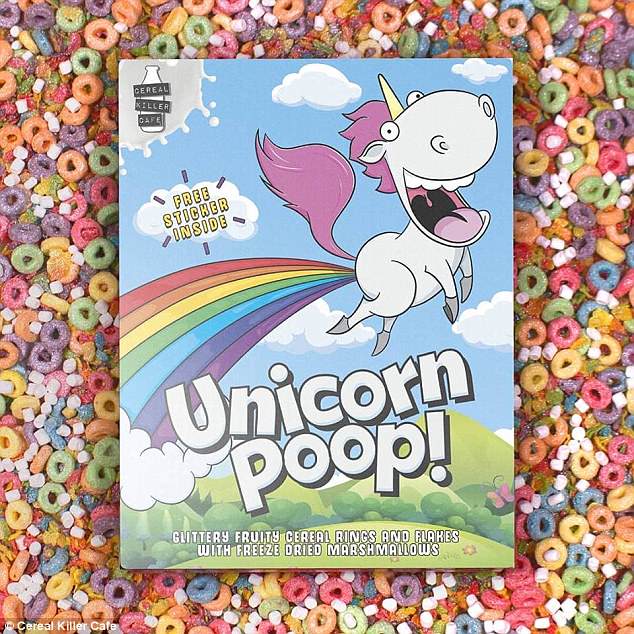 Cereal Killer Café has launched its own cereal for the first time called Unicorn Poop, which contains fruity rainbow-coloured rings and freeze-dried marshmallows

A few fans were upset at the high price of a box of the new cereal on social media, which costs £10, but others were just excited to try the new treat

TheJackPhillips wrote on Instagram: ‘[Ten] quid for a box of cereal?! Damn hipsters!’Rhianna Martin added: ‘£10 for cereal? Have you ever in your life’.

Not everyone is unimpressed however, with several users saying they can’t wait to get their hands on the new cereal product. Kellogg’s UK and Ireland Twitter account even shared a meme of a proud, smiling man to show their approval.

It is the first Cereal Killer Café-branded product the cafe’s owners, Belfast-born twins Gary and Alan Keery, have launched.

Until now, their cafés, which include branches in Camden Market, Shoreditch, Dubai and Kuwait City, have only stocked other retailers’ products.

It will only be on sale at Cereal Killer Café’s Brick Lane branch by the box or by the bowl, but will launch online in the near future. Customers can get 10 per cent off if they follow the cafe on social media. 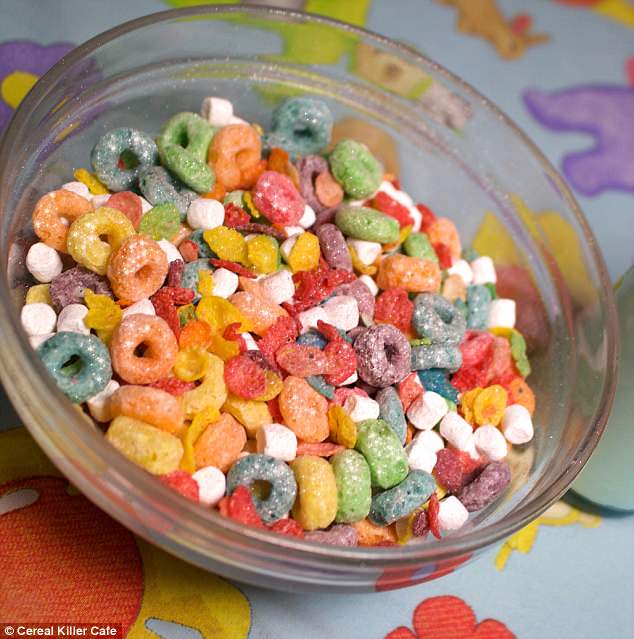 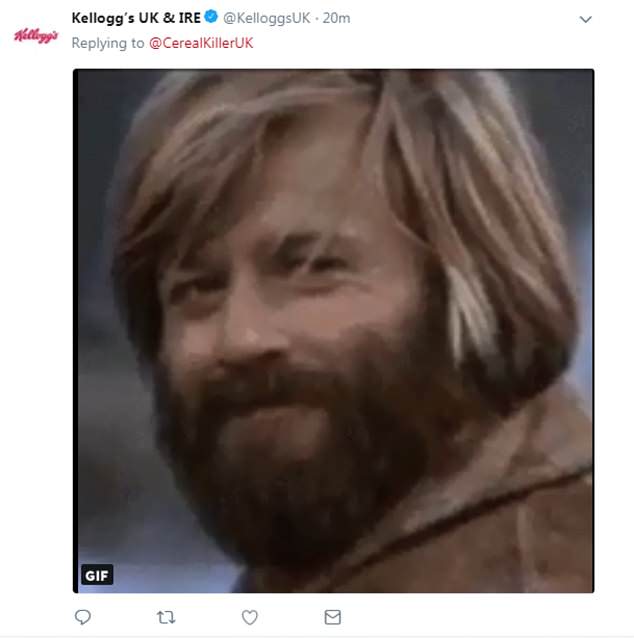 In their announcement, the Keery brothers, who also designed the artwork for the new cereal, wrote on social media: ‘We have launched our own cereal line! We’ll be sharing pics of the new cereal boxes this week, so keep your eyes peeled on our socials!’

They added: ‘Join us in the #cerealrevolution because cereal isn’t just for breakfast.’

The café’s menu offers 120 different cereals, which customers can choose to have with their choice of milk, including six vegan dairy alternatives.

Cereals on offer include British staples as well as imported products from the US and worldwide.

This isn’t the first time Cereal Killer Café has stirred up controversy.

There was outrage when the first café opened in Shoreditch’s Brick Lane in 2014 after it was revealed it would sell bowls of cereal for £3.20 in one of London’s poorest areas: Tower Hamlets.

Prices have now risen so that a large bowl of American or international cereal will cost customers £4.40.

The following year, a 200-strong mob of anti-capitalists attacked the cafe and daubed it in red paint.

The café has recently launched an all day menu, with savoury as well as sweet dishes that have a cereal-inspired twist.

They have also launched cereal-inspired cocktails.