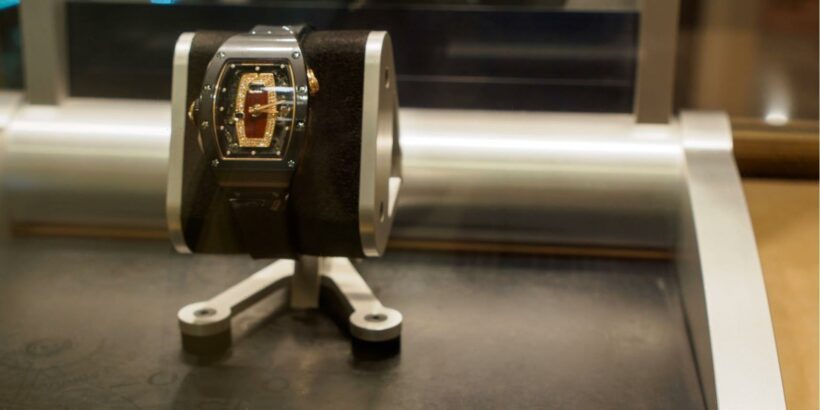 Drake is worth an astounding $200 million, and he has never been shy about flaunting his wealth. He is known to gift his friends lavishly, and indulge in whatever his heart desires, regardless of the price tag attached to his purchase. In spite of his willingness to drop stacks of cash on a whim, Drake has just made a purchase that easily tops most of the others he has ever made, but this time, his fans are far less enthused about it than he is. Drake just spent $2.2 on a Richard Mille watch, which is of course, one of the most highly esteemed, expensive time pieces available for purchase. However, Instagram is exploding with harsh criticism, slamming Drake for being selfish and insisting he could help those less fortunate with a fraction of that money.

That was enough to attract Drake, who has been rumored to have purchased Mille watches for his industry friends in the recent past.

As the proud new owner of a RM 56-02 Tourbillon Richard Mille watch, Drake took to Instagram to boast his hot new time piece, and fans were mind blown by the fine craftsmanship that he had wrapped around his wrist.

Hypebeast reports that the watch is; “displayed in a transparent sapphire case featuring navy-blue accents to show off the details,” and they go on to reveal that; “The RM 56-02 also includes a cable-suspension system. Only 10 of these watches are being made, with all 10 already sold,” and one of them belongs exclusively to Drake.

While this may seem like an impressive collector’s item to many, others have been very critical of Drake’s selfish-spending, and have insisted that his money could have been better spent. The watch is so far out of the ordinary , and comes with such a significant price tag,  that fans can’t help but wonder why he didn’t put his cash to greater use.

Many fans took to social media to indicate that this flashy purchase is completely selfish, and have voiced their views that they believe Drake’s fortune should be put to better use. Some fans are convinced he could be saving lives and donating to the less fortunate instead of one-upping his pals with his watch-game. Others have indicated that a purchase as over-the-top as this one is just the norm when Drake is among his wealthy pals.

Drake has not yet responded to the harsh criticism he is facing online.

READ NEXT: From Controversies To Standing Ovations: How Dave Chappelle Laughed His Way To $50 Million