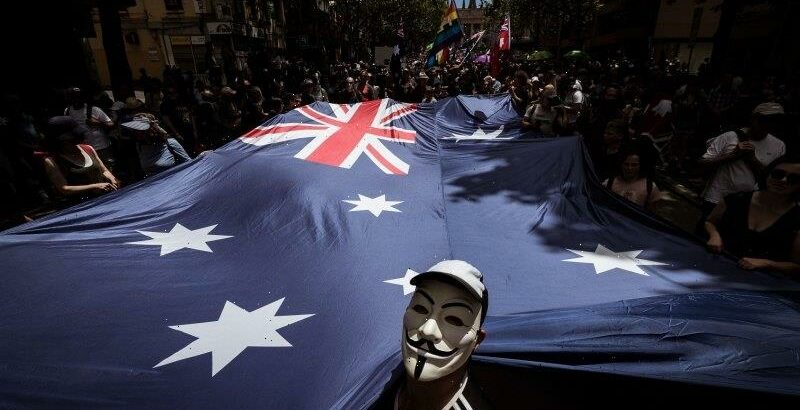 A parliamentary inquiry into the rising threat of far-right extremism is set to examine how the COVID-19 pandemic fuelled the proliferation of misinformation and neo-Nazi groups.

The Victorian Greens have secured the support of the Andrews government to establish the inquiry.

Greens leader Samantha Ratnam will introduce a motion to the Legislative Council on Wednesday to examine far-right extremism in the state, including methods of recruitment and communication, the risks it poses to the state’s multicultural communities, the links between these groups and anti-vaccine groups, and how to combat the threat posed by extremist groups. 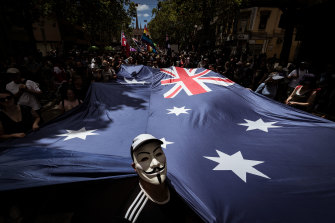 A rally in Melbourne’s CBD at the weekend. Far-right extremists have infiltrated vaccine mandate and pandemic law protests in the city.Credit:Getty Images

The Greens anticipate securing the votes of at least two more MPs to pass the motion, which a researcher on extremism has urged parliamentarians to support, warning the far right is one of the greatest problems and challenges of our time.

“We’ve been concerned for some time about the growth of these movements, especially after reports from The Age and 60 Minutes over the past year,” Ms Ratnam said. “Most Victorians would have been shocked to see neo-Nazis meeting at the Grampians. Far-right extremism, we know, is a threat to cohesion, democracy and multicultural communities. It genuinely frightens me. It’s really important we have an urgent investigation about what’s happening, why it’s happening and what we can do to combat it.”

If the motion is passed, the Victorian Parliament’s legal and social issues committee will hand down its report by May next year.

Neo-Nazi groups have infiltrated rallies in Melbourne that oppose the Andrews government’s vaccine mandates, proposed pandemic laws that are set to pass Parliament on Tuesday night and lockdowns, as they exploited community concern and anxiety about COVID-19 over the past two years.

The Age earlier this month revealed counter-terrorism officials had charged a Victorian man who allegedly encouraged anti-lockdown protesters to bring firearms to Parliament and to execute Premier Daniel Andrews, and police were continuing to investigate other alleged extremists involved in the rallies. On an encrypted messaging app, other extremists were sharing the home addresses of Labor MPs, while some at the rallies were carrying gallows and nooses, and performing mock hangings of Mr Andrews.

Deakin University senior research fellow Josh Roose – whose work includes researching extremism and who provided feedback to the Greens on the motion – said the pandemic created a “perfect storm of conditions” that gave far-right groups a wide base of people to potentially recruit.

The election of Donald Trump as US president in 2016 propelled a growing far-right populist movement, which included the election of other far-right parties across the world and a growing threat of extremism in Australia, prompting the head of the spy agency to sound the alarm early last year. 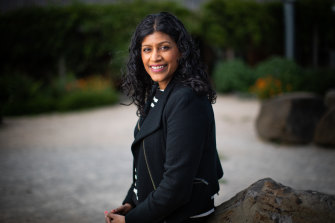 Dr Roose said over the past 20 months, people had felt the full force of state intervention through lockdown laws, border closures and vaccine mandates, fuelling their anxieties and anger.

“They’re angry because they’ve lost the sense of their livelihood, some people may not be able to ever go back into the workplace they started at before lockdown, and anxiety about people’s future,” Dr Roose said. “Look at the impact of the Global Financial Crisis – it took four or five years for the emergence of Trump and Brexit.

“We’re not even finished with the pandemic. The catastrophic economic impacts, social divisions – it’s going to take a decade or more before anything becomes clear about the scale of what will happen. For me, far-right extremism is one of the greatest problems and challenges of our time and our political debate has been outrageous.

“Any form of bipartisanship, as much as it will raise the ire of some, is a good thing.”

A Victorian government spokesman said everyone had the right to protest peacefully “but some of what we’ve seen in recent weeks is far from that – and far-right, extremist, violent elements need to be called out, not courted. This is a growing area of concern not just here, but right around the world. We support an inquiry to examine it further.”

Dozens of far-right extremists gathered in the Grampians and Halls Gap over the Australia Day weekend earlier this year, chanting white supremacist slogans and raising their arms in Nazi salutes. Some wore army fatigues.

He said online forums, including white supremacist group The Base, were attracting international memberships from Australians, sharing extremist right-wing ideologies and encouraging acts of violence.

“We expect such groups will remain an enduring threat, making more use of online propaganda to spread their messages of hate,” Mr Burgess said at the time. “While we would expect any right-wing extremist-inspired attack in Australia to be low capability, i.e. a knife, gun or vehicle attack, more sophisticated attacks are possible. And we also need to be mindful of state-sponsored terrorism as states seek to use terrorism to further their goals.”