Felicity Huffman has found herself in a serious legal situation.

Just hours after news broke that the Hollywood actress was allegedly involved with a college entrance exam scheme, the mother-of-two appeared in a Los Angeles courtroom Tuesday afternoon to face a judge. Per the court orders, Huffman will surrender her passport and is required to seek pre-trial approval for any travel.

The actress was also granted bond for $250,000. She has been ordered to appear in federal court in Boston on March 29.

Felicity was one the nearly 40 individuals charged in connection with an alleged college entrance exam scheme. Court documents obtained by E! News show that Felicity, Lori Louglin, Loughlin’s husband Massimo Giannulli and other individuals have been charged with conspiracy to commit mail fraud and honest services mail fraud.

E! News has reached out to both stars for comment.

According to NBC News, the FBI investigation—that was code named Operation Varsity Blues—uncovered a network of wealthy parents who paid thousands of dollars to a California man who boosted their childrens’ chances of gaining entrance into elite colleges.

“Beginning in or about 2011, and continuing through the present, the defendants—principally individuals whose high-school aged children were applying to college—conspired with others to use bribery and other forms of fraud to facilitate their children’s admission to colleges and universities in the District of Massachusetts and elsewhere, including Yale University, Stanford University, the University of Texas, the University of Southern California, and the University of California—Los Angeles, among others,” the affidavit stated. 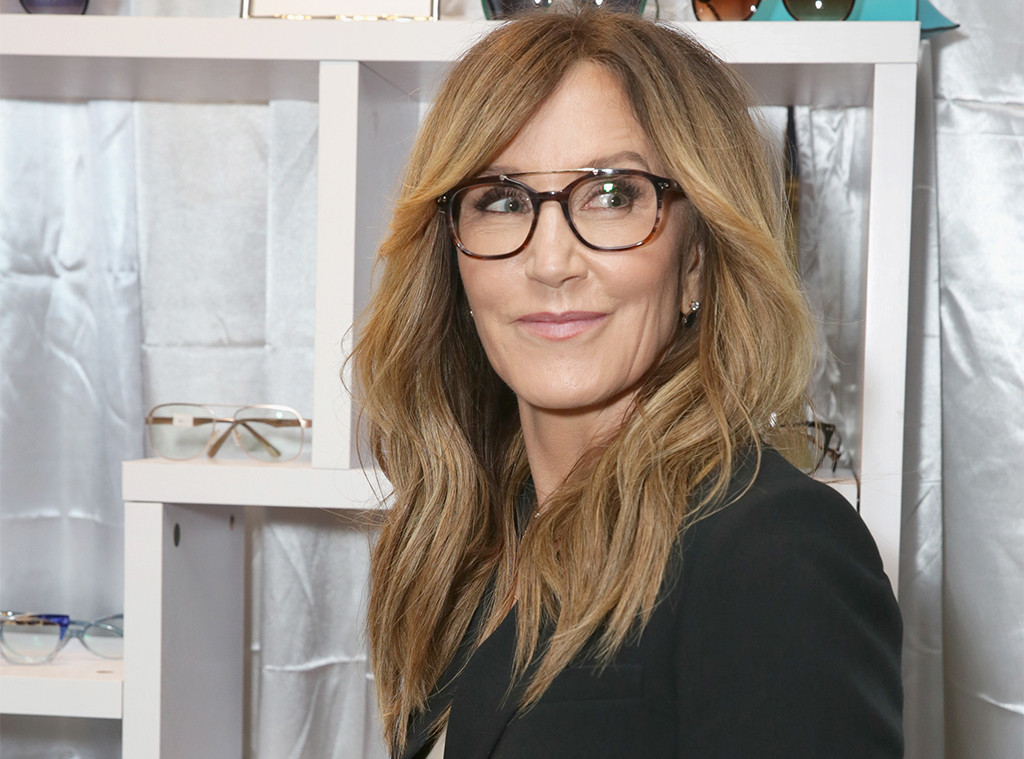 Previously, Felicity’s husband William H. Macy opened up about the college application process and how “stressful” it was for parents and students alike.

“We’re right now in the thick of college application time, which is so stressful. I am voting that once she gets accepted, she maybe takes a year off. God doesn’t let you be 18 twice. I know from casting, if you need a 25-, 26-year-old actress, there are a lot of them out there and they’re really good,” he shared with Parade. “But if you need a 15-, 16-year-old actress, it’s tough. Sofia looks young. I think this is an opportunity for her. But it’s just my opinion, and we’ll see what she wants to do, what Felicity thinks and how the chips fall. My daughter Georgia, she’s interested in politics, political science and pursuing that. She’s in a very academic school and killing it.”