A cheerleader-turned-felon who moved in with her fiancé after meeting him on a prison-dating website is stunned to find an old cellphone of his that is filled with naked pictures and messages he sent to prostitutes.

Lindsey, 28, and her daughter Mylie Grace have been living with her partner Scott, 51, since she was released from prison. The businessman moved from New York to her home state of Mississippi and bought her a home, so they could be a family.

In a sneak peek from Friday’s episode of the We TV series Life After Lockup, Lindsey reveals to her mom that Scott has not only reached out to prostitutes, but he has also been lying about ‘delinquent bills’ and might be broke. 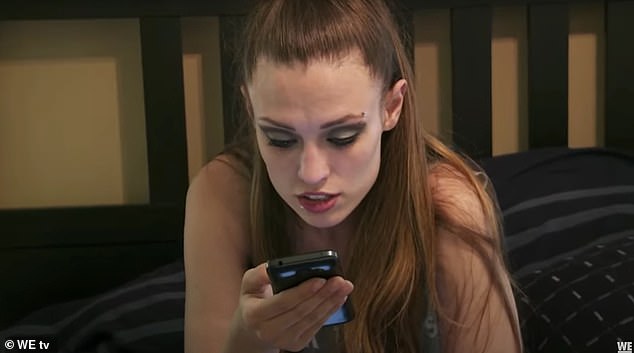 Say what? Lindsey, 28, discovers her fiancé Scott, 51, used to frequently text prostitutes on Friday’s episode of Life After Lockup

‘This is so f**king crazy. All of these females sending naked pictures and talking about $150 for an hour,’ Lindsey mutters as she scrolls through her fiancé’s messages.

She explains in her testimonial that she was going through Scott’s office when she came across the old cellphone, saying she ‘found a disturbingly large amount of text messages and pictures sent back and forth to prostitutes.’

Lindsey reads one of the text messages that Scott had sent out loud. He told the escort that he wanted to take her out for a ‘nice New York strip steak’ and ‘have fun.’

The woman replied: ‘I don’t mean to be blunt but I’m am escort honey. I only go out if I’m being paid.’

After scrolling through all the messages, a distressed Lindsey calls her mother Brenda to explain what’s going on.

‘I’ve got one of Scott’s old phones and it’s just like text after text after text of him getting information and talking and seeking out pictures and meeting times with prostitutes,’ she tells her mom.

‘Oh crap,’ Brenda replies. ‘The thing is if he’s got such a big background to hide of such pervish actions, I’m concerned with you and Mylie’s safety.’

Lindsey admits that she doesn’t know what to do about her relationship, saying Scott has also been dishonest about his business. 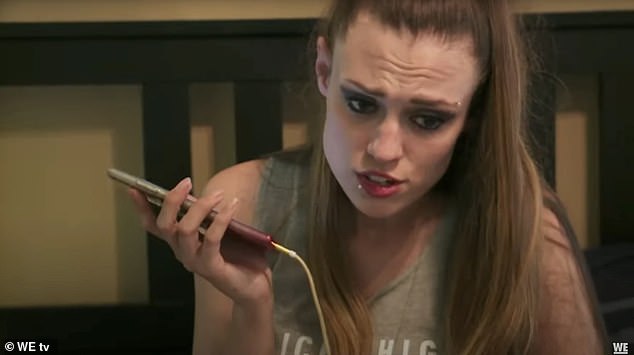 Problems: Lindsey calls her mom Brenda to tell her what she found, revealing that Scott also has been lying to her about his ‘delinquent bills’ 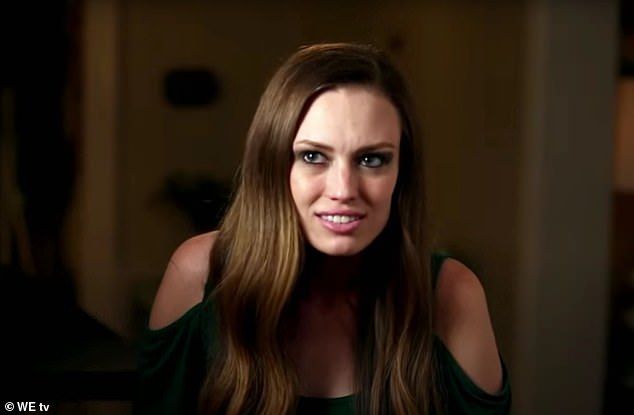 Trouble in paradise: The mom says she is concerned about Scott’s ability to take care of her and her daughter

‘He lies about everything and he has a ton of delinquent bills,’ she says, confusing her mom.

‘I thought he was a big business owner when he packed up and moved down here. Why’s he broke?’ Brenda asks, but her daughter isn’t sure what’s going on.

Lindsey opens up about Scott’s finances in her testimonial, making it clear that it is a huge issue if he can’t provide for her and her daughter.

‘It seems like Scott doesn’t have money. He told this big story. He’s just lying,’ she says, ‘I’m concerned about his ability to take care of me and Mylie Grace.

‘It has made me lose complete faith in any stability,’ she adds. ‘What am I gonna do now? I have a life here with my daughter.’