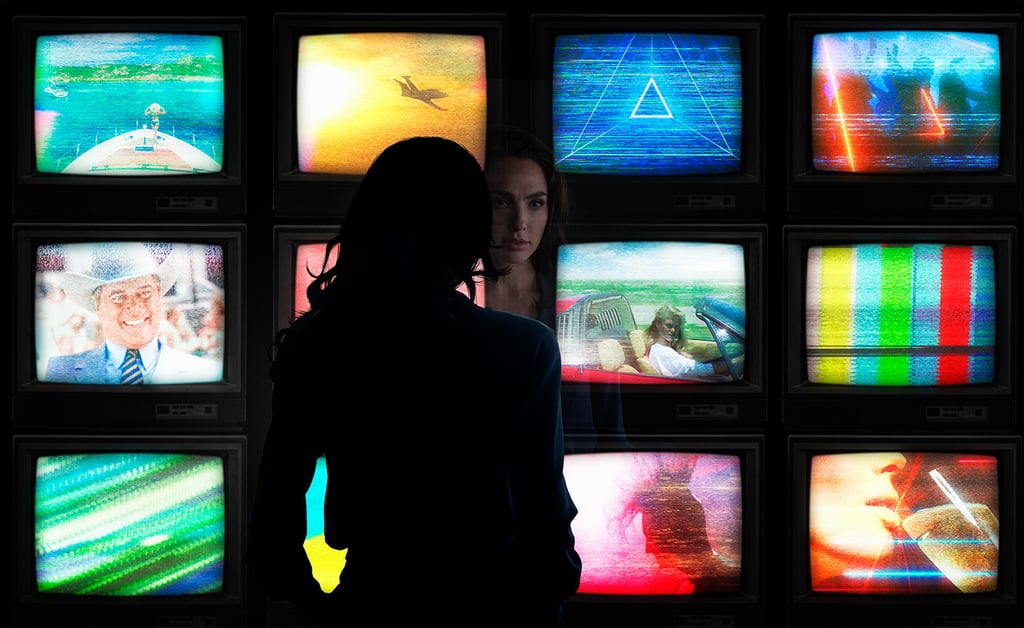 More and more details continue to come out about the Wonder Woman sequel. Not only did Patty Jenkins confirm the title will be Wonder Woman 1984 on Twitter, but she also revealed Chris Pine’s character, Steve Trevor, is alive and well. Although the second installment isn’t out until Nov. 1, 2019, fans have gotten a small taste of what’s to come thanks to two exciting photos.

One look features Pine looking as heroic as ever in ’80s gear, while the other is of Wonder Woman herself, Gal Gadot, bathed in technicolor as she stands in front of a series of TV screens. The latter photo gives more hints about the time period, because on the middle left TV screen, you can see Larry Hagman in his prime on the hit ’80s soap opera Dallas. Until more are released, we will just have to settle with the photos ahead.