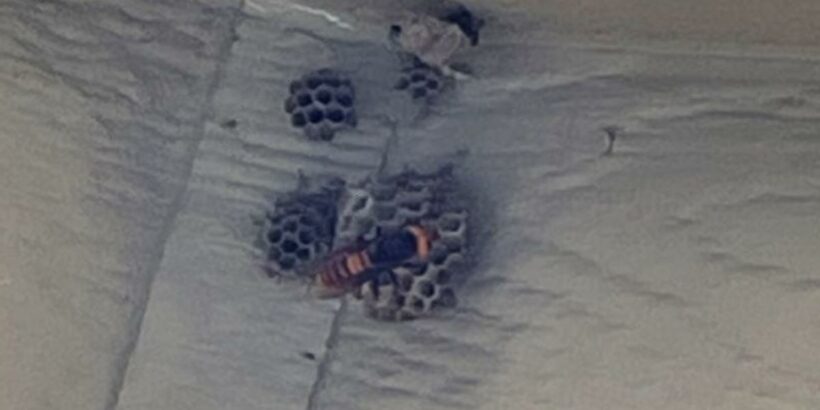 The station says it was found Thursday morning in a rural area outside the city of Blaine, which is due north of Seattle, about a quarter-mile from where a resident saw a live Asian giant hornet on Aug. 11. A nest was also found in Blaine last year.

The Washington State Department of Agriculture (WSDA) says state agriculture staff netted three of the hornets, tagged them with trackers and released them. One of the hornets led the team to the nest.

State entomologists will next make plans to eradicate the nest, in part because the invasive insects can decimate entire hives of honeybees.

The WSDA said one of the three tagged hornets slipped out of the tracking device, another was never found and the third led them to the nest.

WSDA officials said while that nest was found, there could be more, so they’re asking the public to report any sightings. And while there haven’t been any sightings in Oregon, any suspected sightings there should also be reported.