Why you SHOULD play with your food! Bloggers turning their meals into Jenga-like TOWERS is the latest trend to sweep Instagram

Your mother may have told you not to play with your food, but clearly these foodies have never taken heed of that message.

A bizarre new trend for building Jenga-like towers out of your meal is sweeping Instagram, with bloggers posting impossibly high constructions out of fries, cookies, brownies and churros.

Instagram users have shared hundreds of photos under the hashtag #foodjenga, with each one more daring than the last.

A few have made structures out of French and sweet potato fries, interlocking them vertically and horizontally just like in a real game of Jenga, where players have to take turns in removing one block at a time from a tower. 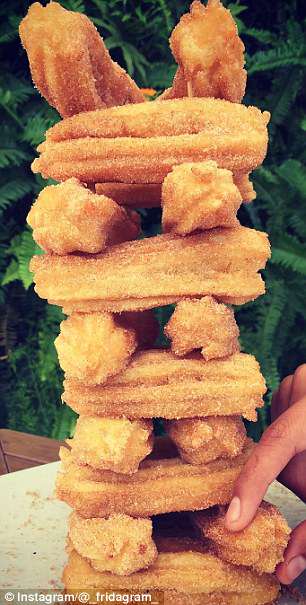 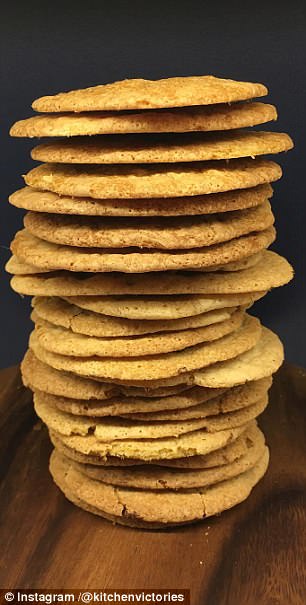 One user made an impressive tower out of Spanish churros – but taking one from the bottom is a risky move as it could send the construction topping (left). Another foodie made a surprisingly stable tower out of cookies (right)

Some have gone for stability rather than height, with one foodie creating a large but sound construction out of French bread.

Meanwhile others have taken a risk, with some of the food towers leaning precariously, looking as if they will topple at any minute.

So are you tempted to try this strange new trend? 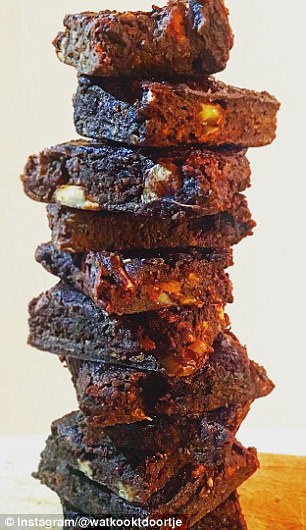 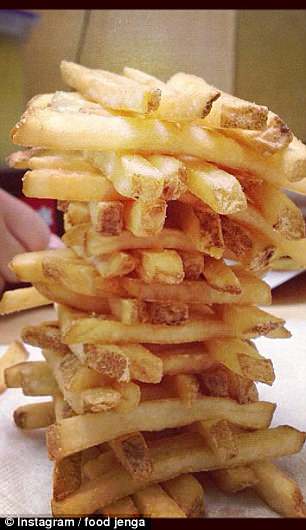 This stack of brownies looks as if it’s about to topple at any second but it’s impressive it has stood up by itself for so long (left). Another Instagram user has made a spectacular tower out of fries by placing them vertically and horizontally (right) 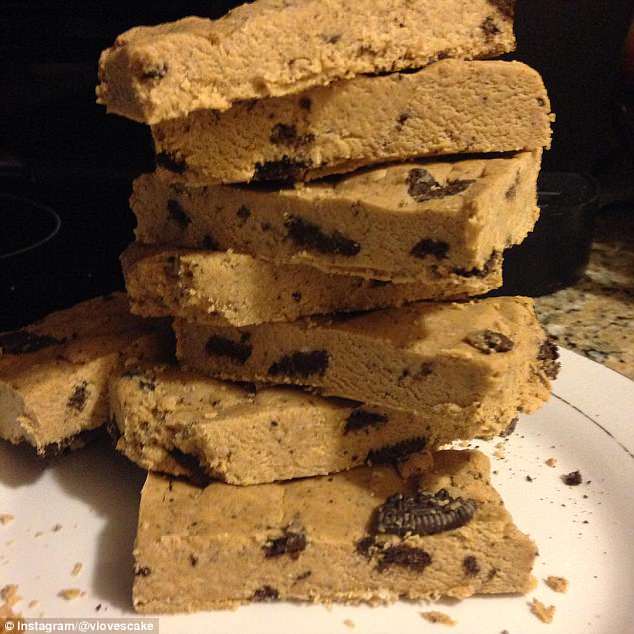 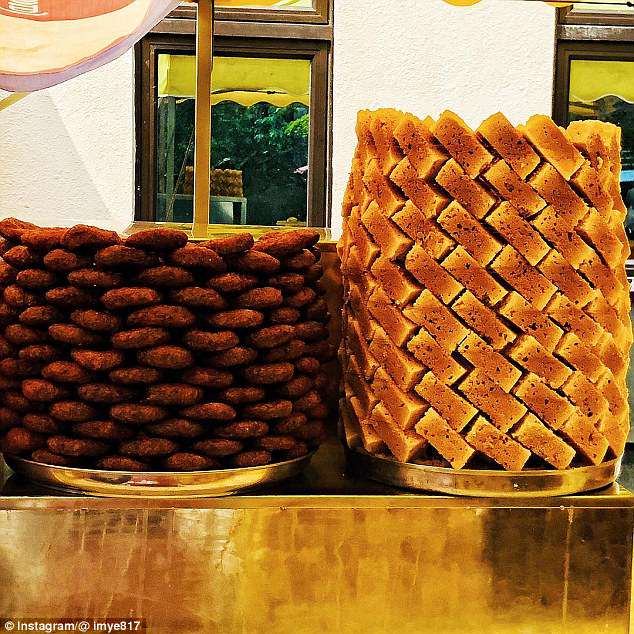 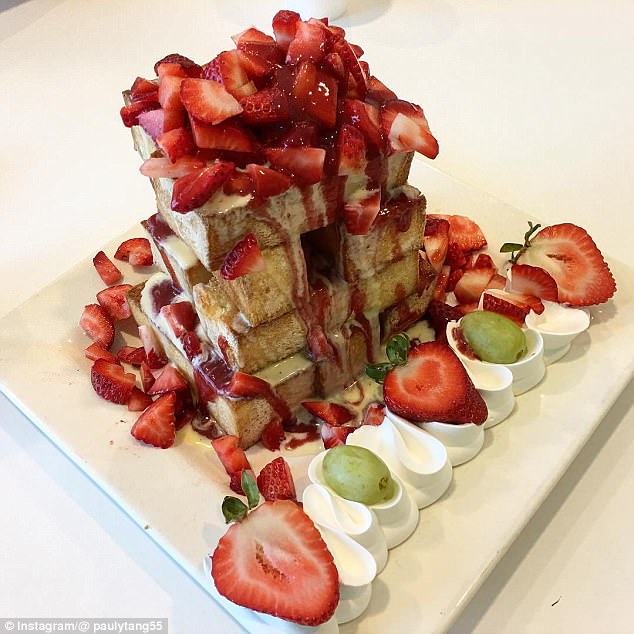 Carbs on carbs on carbs! This amazing breakfast tower of French toast covered in strawberries contains enough food to feed a crowd but it looks so tasty that it would be hard to share 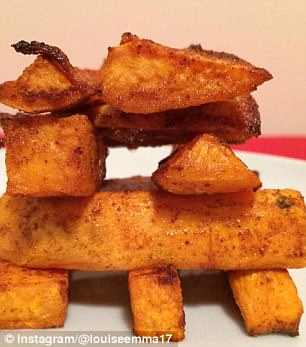 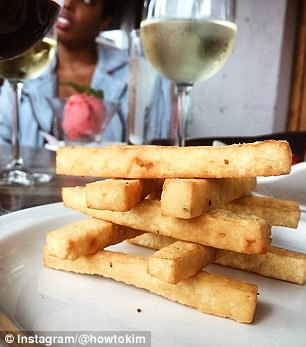 Fries are the most common food item to stack in the manner of a Jenga tower as they are shaped similarly to a wooden block. These are modest constructions but they still took engineering skill 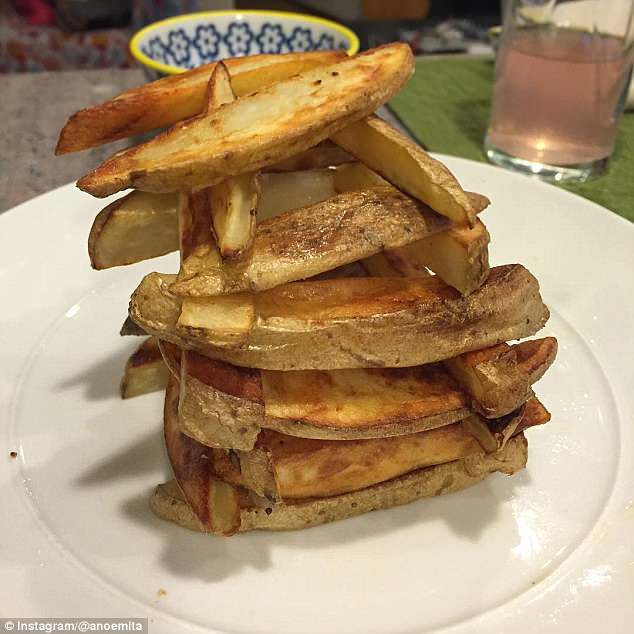 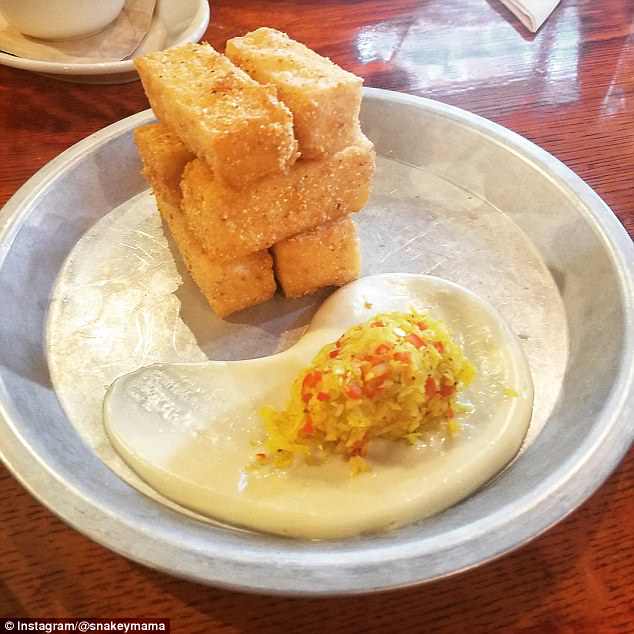 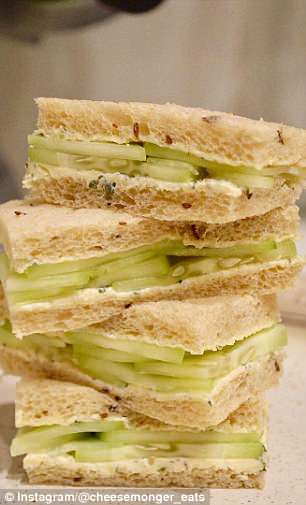 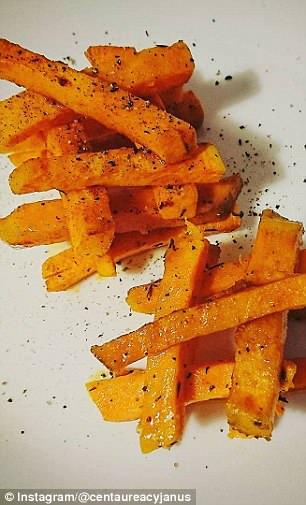 You can even make food Jenga using cucumber sandwiches, as this Instagram blogger proved (left). However fries including sweet potato fries remain the most popular way to stack meals high (right)