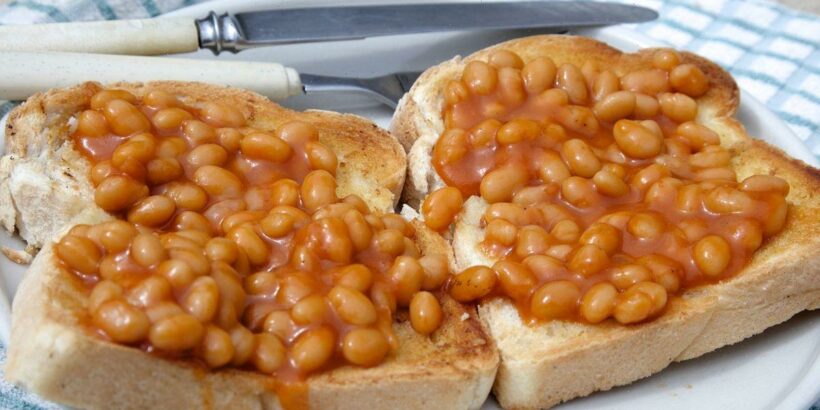 A social media user has horrified Brits by sharing the “controversial” way they eat beans on toast – and we have to say we’re confused too.

Beans on toast is a classic meal for when you can’t be bothered to cook. It’s quick, easy and has plenty of protein and carbs.

And, if you add cheese on top – or even cook the beans with a little butter – then honestly, it’s a God-tier comfort food.

Usually, you brown your toast to the desired level before pouring the piping hot beans on top and adding some pepper, cheese and even chilli flakes on top (just us? OK).

But, not this foodie…

Posting on Reddit, in the CasualUK forum, they said: “I'd say the most controversial thing about me is how I eat my ‘beans on toast’."

And, in a snap, they showed a bowl of tasty baked beans next to a stack of buttered toast which had been chopped into tiny squares.

It turns out, this oddball liked to sprinkle the toast squares onto his beans and eat them with a spoon.

But, a war erupted in the comments as over 1,000 people waded into the debate over proper beans on toast consumption.

To which another replied: “That there is bread. I've seen freshly sliced loaves that were darker than this stuff.”

“If it's stale enough you could argue it's croutons,” a third commented.

Others were less willing to discuss the technical side as one simply noted: “We've got a wrong'un”.

“That’s toast in beans,” another added while a third wrote: “Did you just show the bread the toaster?”

“If we all club together we can have a petition signed and in front of parliament tomorrow to prevent this blatant abuse of our traditions,” grumbled another.

While a jokester said: “My wife does this, she's a wrong un as well,” and another shouted: “You're a f***ing anarchist. You should be on a watchlist.”

One person simply said: “Hand your passport in at the nearest court, your citizenship has been revoked.”

Others called the foodie a “monster”, “disgusting” and “unsettling”.

Luckily, the conversation didn’t turn too wild and a Brit noted: “I'm pleasantly impressed with how you're all handling this to be honest.

“Thought it was going to be a bloodbath.”

And, a couple of people even thought it was a good idea and labelled the dish a “game-changer”.

What do you think – would you eat beans on toast like this? Tell us in the comments…