A party at which clothes pegs take centre stage is a pretty tame affair. (Note: "clothes peg" is not a euphemism for the newest party drug.) But that's what happened last weekend when friends threw me a baby shower and the most popular of the parlour games – strangely compelling in its Depression-era simplicity – involved seeing how many pegs could be removed from a coat hanger with one hand. The winner managed 17. 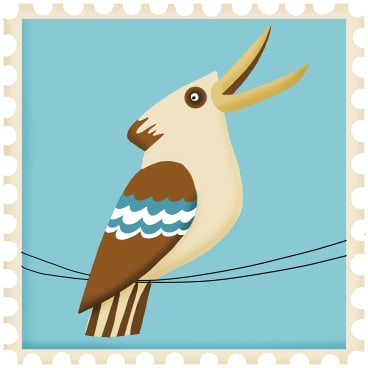 An American writer, Laura Turner, was also treated to a baby shower recently. Hers was much more newsworthy. That's because afterwards, she tweeted: "At my baby shower yesterday, one woman said, before I started opening gifts, 'Can we give you the gift of no thank-you notes?' And everyone gasped and I DIED and now I'm going to be that lady at every shower I go to." Cue the internet losing its collective mind and everyone deciding that thank you notes are as passé as Taylor Swift's dance moves.

A shower guest granting thank you note amnesty is the latest salvo in the war against written correspondence. When we first got email, it seemed like a golden age of pen pals had dawned. With the transposing of letter writing from one medium to another, emails were often multi-paragraph missives, replete with formal greetings and postscripts. We marvelled at how keeping in touch no longer involved a torturous wait at the post office. But over the last decade, with the rise of text messaging and then social media, long and newsy emails have, for the most part, disappeared.

Email itself is no longer seen as a miracle but a chore, and inboxes are places to store messages from the bank, airplane tickets, and birthday greetings from that yoga studio on the other side of town that you visited once.

Yet there remains something delightful – and a touch kitsch – about receiving something personal in the mail. (Who doesn't love a "[insert country town] at night" postcard?) I'd argue, though, that when it comes to a thank you note, the person who gets the most out of it is the sender, not the receiver.

Last year I was lucky enough to have a host of people to whom I had to send thank you notes. They had not only attended my wedding, but furnished my household with the accoutrements of adulthood. (This is why I now have three attractive salad bowls and am not exclusively eating out of Tupperware.) Writing the thank you notes was a way to relive the joy of the occasion, and to savour the presence of so many people I cared about at the event. I'm sure most of the notes ended up in the recycling bin almost immediately after they were opened, but for me it was an exercise in gratitude.

This is especially important if you are not one of those people who keeps daily lists, as all the happiness psychologists say we should, of the Good Things in our lives. It's also a boon for those of us who are not inclined to archive photos, or even take them. I wonder if we'll actually see a resurgence in handwritten notes as more people grow disenchanted with technology's promise of instant connection. As anyone who has suffered through a frequently frozen Skype call can attest, video conversations are not everything we might have imagined they would be. At times they're even distinctly unsatisfying, somehow reinforcing physical distance rather than emotional proximity

But I see I've now argued myself into a corner, where the only next step is to excavate pen and paper. Please, if you have any synonyms A for "romper", drop me a line.