A children’s clothes store owner who starred on The Apprentice has been praised for her generous act of kindness for one of her regular customers.

Frances Bishop, 27, appeared in the 2016 series of Lord Alan Sugar’s BBC reality series, and is the owner of children’s clothing store The Pud in Doncaster.

The married mother-of-one, who lives just outside the town, posted a message in response to one of her customers who had called the store to ask for an extension on her payment plan for some scooters she had bought her children.

Not wanting the struggling mother, who she didn’t name, to worry, Frances wrote in the open letter that she had cleared the woman’s bill reassuring her that she was ‘not alone’.

Speaking to FEMAIL Frances said of her generous gesture which she’d initially posted on her private Facebook group before posting it on Twitter: ‘I think it’s a social responsibility we have just to be nice and I don’t think there is enough of it.

‘She just touched my heart. I was driving home and it kept playing on my mind and I thought I had to do something for her.’ 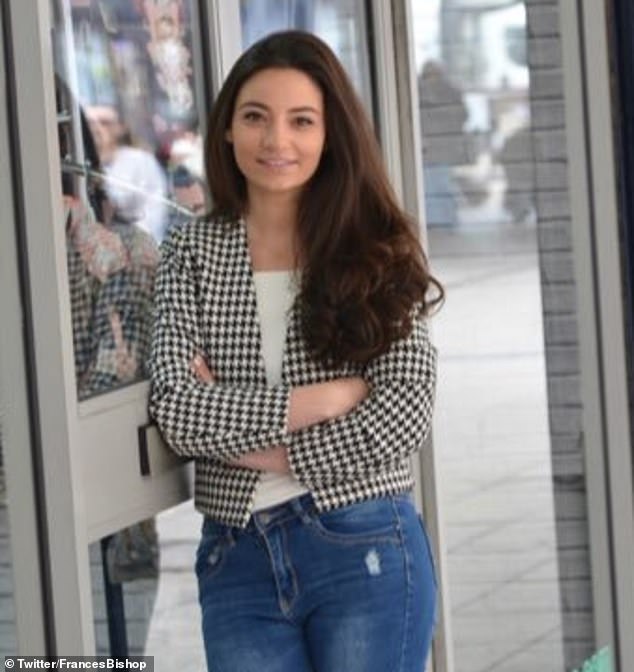 Frances Bishop, who appeared on series 12 of The Apprentice in 2016, wanted to do something to help her customer who had phoned the shop to ask for an extension on her payment plan 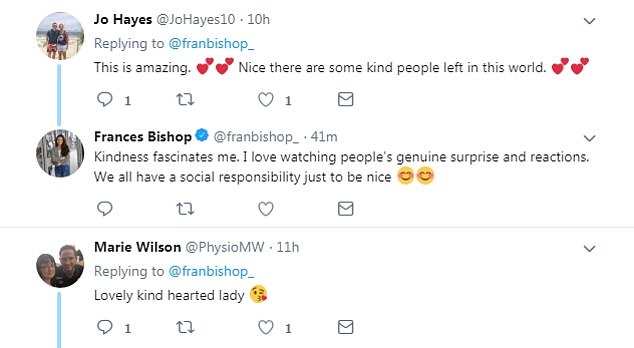 Frances said that she had remembered the lady from a previous trip to her shop in the town centre and thought she looked a ‘little on edge’.

When one of her employees explained that one of their customers had called about an extension Frances said she recognised her name and put two and two together.

Frances knew that the lady had been worried about how she was going to be able to enjoy the festive period while trying to get funds together to pay for the scooters that another family member had promised to pay for, but wasn’t able to.

The entrepreneur received heaps of praise from her followers who wrote to tell her how how lovely the idea was.

‘This truly moved me to tears, Fran you have the biggest of hearts and I think this is a wonderful thing you have done for this lady and her children,’ said one woman.

‘This is amazing, nice there are some kind-hearted people in the world,’ said a third.

In the post Frances had written: ‘I just want you to know that good things happen, and people can still be nice.’ 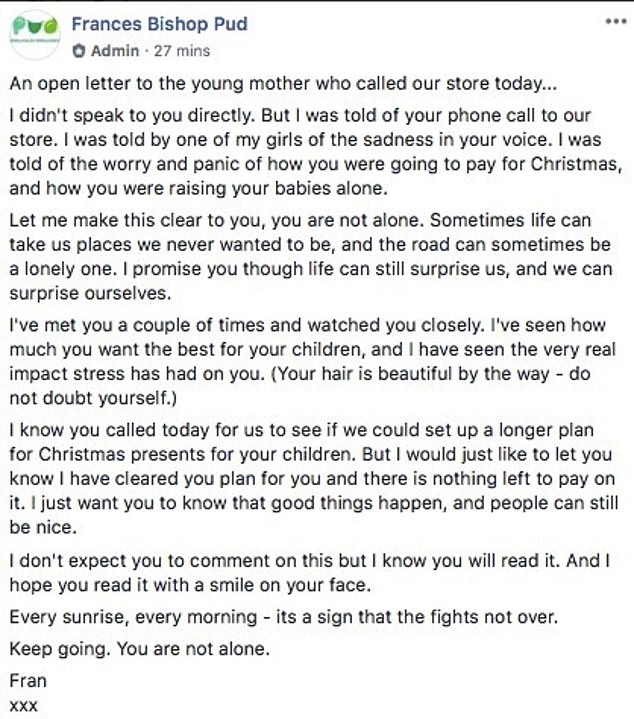 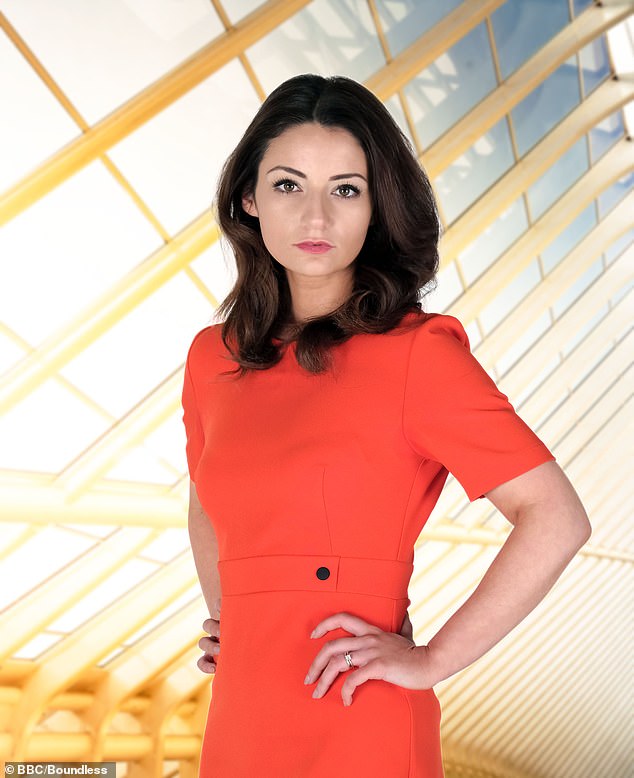 Frances, who appeared in the 2016 series on the BBC programme, described herself ahead of the show: ‘I’m a pocket rocket. I’m quite fiery and live by the rule “kill them with kindness”‘

Not wanting to let her children down the woman had set up a payment plan with The Pud, which allows you to place a deposit for items and pay back the cost over four weeks.

Frances added that the woman’s story had played on her mind: ‘I am so lucky to have my family and home I have everything I need in my life.

‘So I just opened up Facebook and just wrote the post knowing that she would see it.’

The business owner said she prefers the personal touch and knows all her customers, saying that she often looks for ways to help: ‘I get fascinated by human kindness, I do it all the time I just do.’

Frances revealed that the lady had been in touch and told Frances that she had cried seeing the message: ‘She said it has taken the pressure off.’