He was six at the time and had an exciting career as an Army officer ahead of him, but that moment of connection with those magnificent beasts has stayed with him. 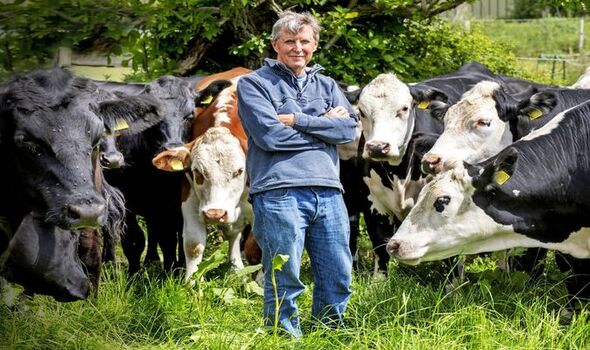 Now, after many years travelling the world in the service of his country, the ex-Royal Green Jackets captain has reinvented himself as a passionate environmentalist and author. And his latest book, Taking Stock, pays homage to an animal we all take for granted, even though it plays a significant part in our everyday lives.

Roger sets out a new template for dairy farming that is more sustainable, greener, and puts the cow in charge. It came about after the author, at the age of 61, and with no farming experience, signed on as a labourer on a beef cattle farm to tell the bovine side of the story.

He deliberately sought out smaller farms, which are leading a slow revolution where animal welfare and biodiversity promotion are a priority. The result is a lyrical and evocative book. “Whether we know it or not, the cow is almost as tightly woven into our daily lives as the air that we breathe,” he explains today.

“How many people have milk in their tea or coffee? You’d also be surprised how many vegans wear leather belts or shoes. I don’t think there is any animal which plays a bigger part in our lives.”

Sadly, Roger believes what he terms “de-naturing” – the distance many of us today have from the countryside and the source of our food – means we have lost touch with this animal that humanity has relied on from time immemorial.

Neolithic man started domesticating cows some 10,000 years ago to carry loads and pull carts or ploughs. But in the past 100 years, while the productivity of cows has doubled, their life expectancy has more than halved.

Treated well, the cow can live for two decades, but few make it past six years because of the strains of intensive farming. Many only manage three years of lactation cycle before, stressed and worn out, they are sent for slaughter for beef.

“In the old days they were giving 15 litres of milk a day and now they are giving 60,” explains Morgan-Grenville. “It’s not natural and they are exhausted.”

Roger took the Daily Express to Buddington Farm, near Midhurst, West Sussex, to show how the future could look for what is arguably civilisation’s most useful animal. There, farmer James Renwick has 350 cattle, including 120 Holstein Friesians for milking. He also grows potatoes and hay to be as self-sufficient as he can. 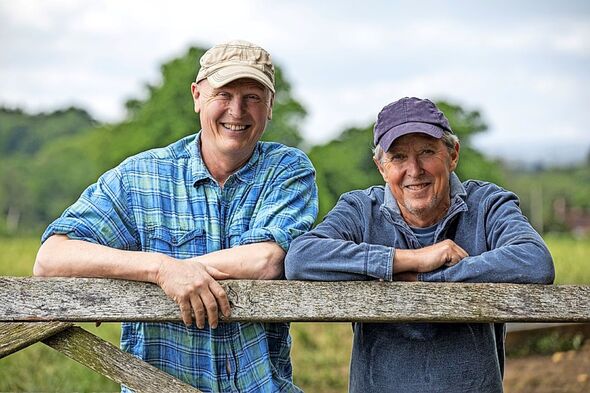 “Rather than round the cows up to be milked twice a day, he has the technology to let them decide when they want to be milked,” explains Roger.

“The cows enjoy eating grass in the fields and then they walk up to the milking machine when they feel ready. They even queue. They know where to stand to let themselves be milked automatically.”

James is delighted with the results. “Some of them like to be milked three times a day,” explains the 58-year-old farmer. “They come and go as they please, day or night, and that seems to suit them and it suits us too.”

Pipes take the milk from the automatic milker to a pasteurisation room where it is heated to about 66 C entigrade for half an hour, cooled and sent to a churn, which is taken to a vending machine in a nearby building that dates back to the 1700s.

Customers then drop in and use the self-vending machinery to pour themselves a litre of milk for £1.20, just a few pennies more than comparable supermarket prices. Reusable glass bottles are provided at £2 each. “What I love about this farm is that everything is done to give the animals the best lives possible with as little stress as possible,” says Roger.

“Consumers cannot buy fresher milk, so everyone is benefiting. I would like more farms to be like this.”

While researching his new book, he discovered that many farms were ignoring fashionable management consultant advice to get bigger and bigger.

“Farmers want to get smaller, so they have lower input and lower output,” he says.

“They say their costs will be lower, they won’t sell as much, but their animals will have happier, better lives and they will make money. Buddington Farm is proof of this new way of thinking, which is actually turning the clock back 100 years, way before intensive farming.”

Clearing vast swathes of Brazilian rainforest to grow soybean for feeding barn-bred cows on intensive farms – instead of simply letting them roam around and eat grass – defies logic, continues Roger.

“It’s just bizarre. There is a movement here in the UK, Pasture for Life, which gives certificates to farmers for rearing their cattle on pasture. Consumers can identify meat and dairy produced this way. I think this is a fantastic development and the way forward.

“A lot of farm shops are selling their own beef, which is another positive sign for the future. Consumers can see that their sirloin steak came from a Dexter which was reared on pasture in Petworth or wherever.”

Cattle arrived in the UK about 4,000 years ago. Selective breeding over centuries has produced a wide range of breeds, such as the Angus, Herefords, Galloways and Red Devons.

“We are very lucky in this country to have so many exceptional breeds among the 200 breeds but they need protecting,” insists Roger. “Ironically, the best way of protecting a breed is by eating it, so we have to support our home-grown meat industry.

“A lot of people in this country want to try cattle farming but the biggest barrier to entry is the price of land. I’ve met some inspirational landowners who are prepared to give a small piece of land for starter farms to help. This is the kind of creative thinking we need for the future.”

Back at his country cottage home in the West Sussex ­village of Upperton, Roger – part of the team that launched the veterans’ charity Help For Heroes – and his artist wife Caroline are gradually going back to nature themselves. A one-acre field has been turned into a wild meadow, where he keeps three bee hives.

A wild peacock has made its home in the garden, much to the delight of their dogs, a mongrel called Boris and a spaniel, Kiwi. “I hardly cut the grass any more,” says Roger.

“It’s better to leave nature alone to get on with it. I am not a scientist or a naturalist but I am a ­storyteller and what’s happening to our bees, birds and cows is something people should know about.” 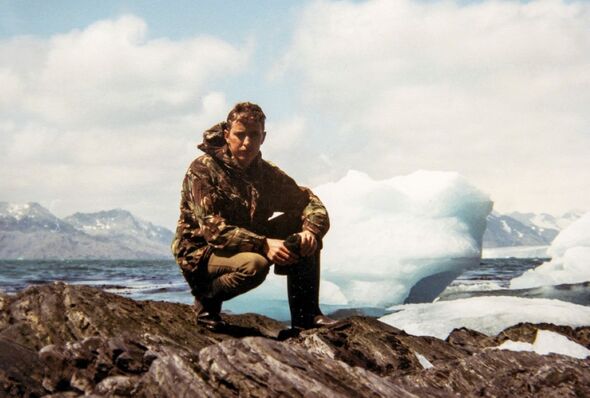 With an insatiable curiosity and boundless energy, Roger has just finished walking 930 miles from Lymington in Hampshire to Cape Wrath in the far north of Scotland for his next book to see for himself what is going on in the countryside.

Roger’s great-great-grandfather was the last Duke of Buckingham. When the aristocratic family ran out of male heirs and faced huge debts they had to sell the family home, which is now Stowe School in Buckingham.

After attending Eton, Roger joined the Royal Green Jackets as a private and rose to the rank of captain, serving in the Falklands and administering South Georgia.

He left the Army after nine years to join his father’s household wares business. Then, seven years ago, he decided to focus on writing about the countryside. Now their two sons, Alex and Tom, have flown the nest, he is channelling his inner David Attenborough to entertain and educate people.

He was one of the founders of Curlew Action, aimed at highlighting the sharp decline of these distinctive birds, which were once a common sight over the British countryside. For Taking Stock he worked as a farmhand in all weathers to see what life was really like for cows.

Today, standing surrounded by curious cows in one of James’ meadows, Roger muses: “Look at those big brown eyes, aren’t they beautiful? They’re getting closer to us only because they’re curious about what I’m doing in their field. Cows have much more to fear from humans than we have to fear from them. You can tell if cows are stressed by looking at them but these ones are having a good life.”

Long may that continue.