A campaigner whose appeal defies gravity: STEPHEN ROBINSON, a former journalist colleague of Boris Johnson, insists the Prime Minister is a political campaigner like no other 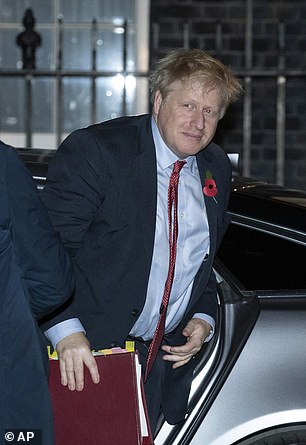 Even after ten years, I still remember the day I spent on the road with Boris Johnson (pictured), who was then not long into his eight-year tenure as mayor of London

Even after ten years, I still remember the day I spent on the road with Boris Johnson, who was then not long into his eight-year tenure as mayor of London.

Britain’s most obdurate trade union, the RMT, had decided to shut down the capital’s Tube network, and I had been invited to accompany the mayor to an event in the Isle of Dogs to show that it was business as usual.

The snag was that in the absence of any Tube trains running, we both had to cycle, and following Boris on a bike is a very dangerous undertaking indeed.

When traffic is gridlocked, Boris shimmies along the inside lane, propelling himself with his left foot along the kerb. He crosses red lights, he cuts up the largest lorries.

One driver of a white van started honking dementedly at the mayor who had swerved in front of him, until the driver recognised the blond mop. And then the two men engaged in a lengthy and genial discussion about what they would like to do with striking train drivers.

I was frankly scared following him, particularly when we briefly (and illegally) diverted on to the A13.

I asked his earnest young American aide, who gamely joined us in her Lycra leggings astride her sports bike, why Boris was not wearing a helmet. She looked pityingly at me as though I really knew nothing: ‘Then there would be a much greater danger that he would not be recognised’.

There is an affability about him that ‘ordinary people’ warm to. We stopped en route at Embankment Tube station where ‘scab’ drivers were squaring off against a picket line.

Boris marched between them, engaging both sides without any apparent rancour towards him.

When we got to the event about Waste Management in the new Millennium, Boris delivered an insultingly unprepared speech of astonishing banality. 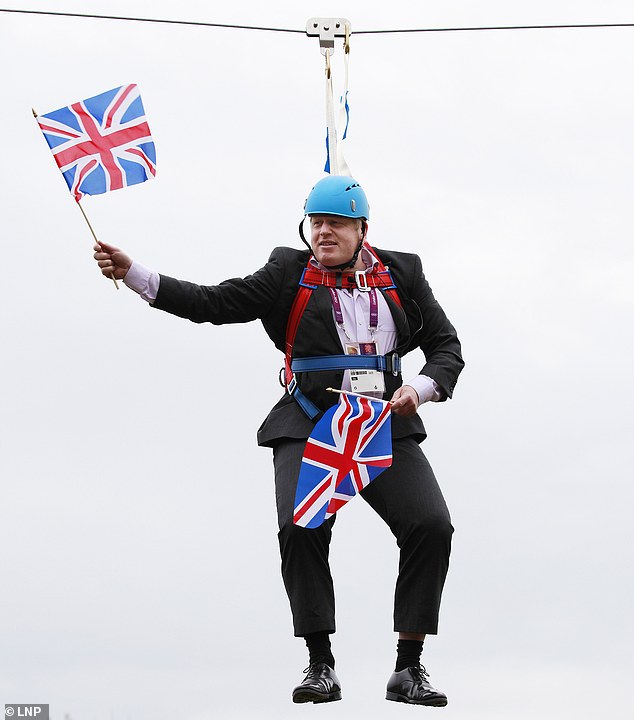 Whether it is getting caught on a zip wire or falling over in a river, Boris can get away with visual gaffes because he has the air of a man without apparent self-importance. Pictured: The then Mayor visiting Victoria Park in east London to promote the London Olympic Games in 2012 when he dangled from a zip wire

But the audience howled with laughter throughout his delivery, as though they were listening to Peter Cook and Dudley Moore. Boris is blessed by that indefinable quality that allows him to make people laugh without really being funny at all.

I have known Boris for more than 30 years, mostly as a journalistic colleague. He is fearsomely clever – the key point about Boris’ education is not that he went to Eton, but that he was a scholar there, which set him apart and above the likes of those who resent him, including another Old Etonian who was not scholarship material, David Cameron.

Boris can recite by heart more poetry than most journalists and politicians have ever read.

He plays up the plummy voice, though Boris is not a toff, rather a scion of the shabby, faintly bohemian upper-middle classes, who have to fight to keep their place.

He did not, like Cameron, come from money and marry a baronet’s daughter; he worries endlessly about money, as any man would with his sexual appetite.

He has a genuine curiosity about life – some would say nosiness – that also helps make him a fearsome campaigner. It is extraordinary to see him work a street market or shopping centre, because he does actually want to know about the price of fish, and he will directly engage with the men and women selling them.

When David Cameron despaired of finding a role for him and anointed him Tory mayoral candidate in London in 2007, it seemed the ultimate hospital pass – kill him off with an unwinnable challenge. But Boris didn’t just win against the odds, he was re-elected four years later.

He was not a great mayor, but he emerged unscathed, ready for his next challenge. It is impossible to point to any current Conservative politician who might in the future come close to being capable of winning the mayoralty of London, an instinctively Left-leaning city. 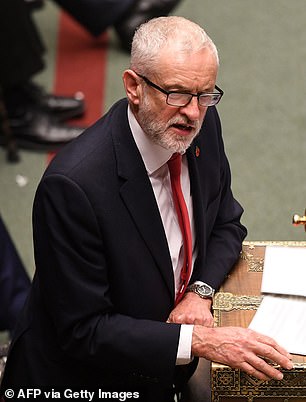 By contrast, Jeremy Corbyn (pictured) is the ultimate Little Englander, the socialism-in-one-country dogmatist

There is another quality to him that often goes unremarked. Whatever the Labour frontbench say about him, he is not Right-wing, ideological, or intolerant.

Part Turkish by descent, American by birth, and comfortable in European languages and culture, he is a far more cosmopolitan figure than those who accuse him of xenophobia. By contrast, Jeremy Corbyn is the ultimate Little Englander, the socialism-in-one-country dogmatist.

Boris’ essential personal recklessness, or courage, affords him a political suit of armour. On this coming campaign trail he will commit what the media will call ‘gaffes’ – and groups on social media will whip them up into a Twitter storm.

But Boris thinks five steps ahead of the rest of us. I’d bet he saw this outcome of a General Election months before he entered Number 10.

While the disaffected create hashtags of disapproval over his throwaway lines, Boris will be out there engaging and provoking with loose words, but with a clear end in sight.

Whether it is getting caught on a zip wire or falling over in a river, Boris can get away with visual gaffes because he has the air of a man without apparent self-importance who understands the absurdity of the human condition.

Unlike poor Ed Miliband, he can eat a bacon sandwich any which way he chooses, because he would look like he really fancied one, rather than doing so for a photo opportunity.

A December General Election is certainly a huge political gamble. There is no guarantee it will not blow up in Boris’ face. It is conceivable, just about, that Jeremy Corbyn will raise his game, and that his sulky backbenchers will rally behind him.

But one thing is certain: Boris will not put in an abject, enervating reprise of Theresa May in 2017.

He will fight hard, and I would guess win well. But even if he loses, it will be a tremendous and energetic spectacle.