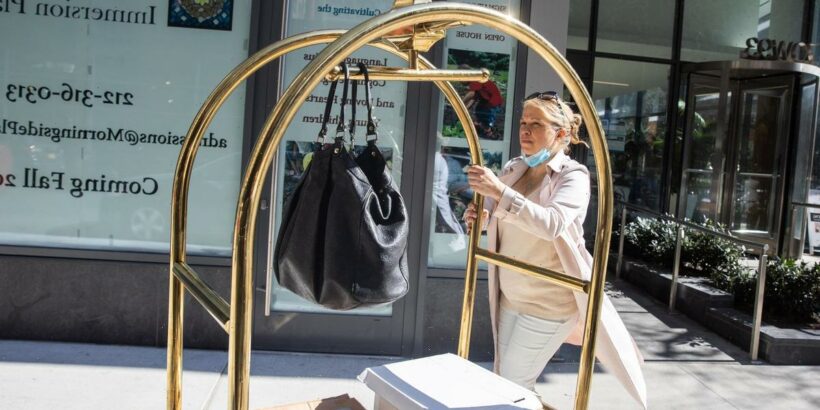 Jennifer and Barry Weisselberg’s divorce was a contentious battle, but few realized during the 2017 and 2018 proceedings that it would end up at the center of one of the most high-profile criminal investigations in history – the Manhattan District Attorney’s probe into Donald Trump.

Barry is a Trump Organization employee and his father, Allen, is the company’s chief financial officer. Jennifer says the divorce proceedings left her with “boxes and boxes” of files that prosecutors are interested in.

To help sort through the financial documents, which go back decades, Jennifer said she hired an attorney who previously prosecuted white collar and organized crime cases for the Manhattan DA and a former criminal investigator for the IRS. 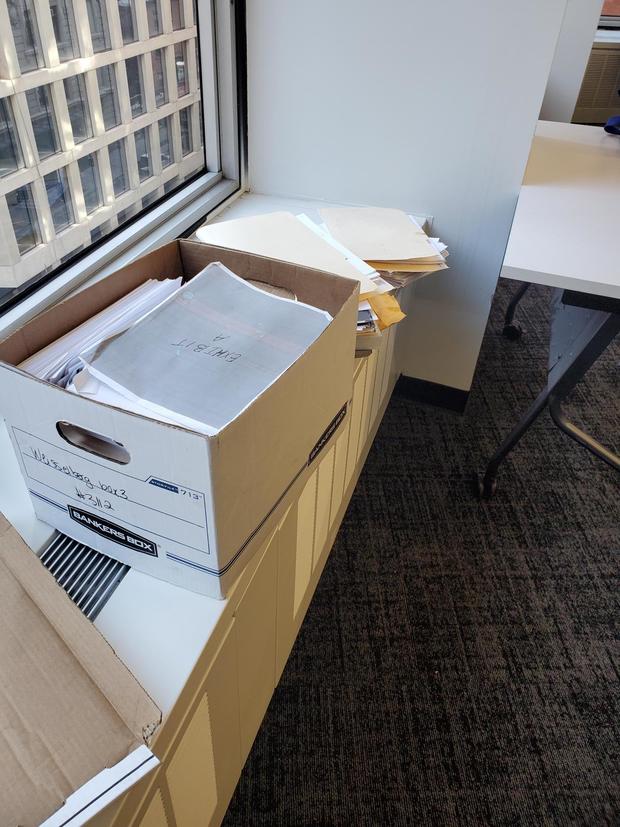 On April 7, a New York grand jury subpoenaed materials related to her ex-husband and his family, nearly all of which Jennifer had as a result of their divorce. Jennifer’s attorney, Duncan Levin, said that even before the subpoena, she had provided some documents to investigators.

“Jennifer is extremely committed to working with investigators and giving over anything that is relevant,” Levin said. “We are continuing to go through documents in our possession to see if they would be helpful to prosecutors and investigators, and remain in close contact with their offices as we continue to sift through the materials we have,” Levin said.

In a series of conversations with CBS News, Jennifer described her interviews with investigators, and also shared previous claims of domestic abuse she made against Barry as part of a petition for a temporary restraining order in 2020 – allegations he has previously denied.

While investigators initially asked her about gifts and apparent job perks that she and her husband allegedly received while they were married – including living rent free in a valuable Trump Organization-owned apartment – she said investigators are increasingly interested in her ex-husband’s father.

“The first meeting was about anything I received (from the Trump Organization) any role I had, Barry, Barry, Barry, and then immediately when Mark Pomerantz was brought in, it went right to Allen. The whole thing is about Allen,” she said.

Pomerantz, a former federal prosecutor with experience in financial cases, was hired by the DA in February to work on the Trump investigation.

Barry and two attorneys for the Trump Organization did not respond to questions sent by CBS News.

Allen Weisselberg, an accountant, has been working for what would become the Trump Organization since 1973. The company was then run by Mr. Trump’s father, Fred.

“Allen would never say this in front of Donald, ever, but he bragged about his role and how, you know, he taught (Trump) everything he knows,” Jennifer said.

Describing the interviews with Manhattan prosecutors, Jennifer said: “They usually have like four or five focuses. They start asking me questions about spending, and about who (different people) are and how they spend. The other attorneys will ask those questions, but then when it’s Pomerantz, him and I see the big picture,” Jennifer said. “And then it goes past compensation into what each person’s role was….how they operate, how they do things, you know, their movement, why they traveled different places or why there’s a bank account in Hicksville, Long Island, and a P.O. Box in Long Island.”

No member of the Weisselberg family has been accused of criminal conduct.

She said investigators have asked a lot of questions about the Trump Organization’s Wollman Rink in Central Park, which Barry managed along with a nearby carousel. The two nearly all-cash tourist attractions bring in millions of dollars annually for the Trump Organization: $12 million in the year before Mr. Trump became president, according to his personal financial disclosure reports, though revenue dropped to $4.5 million last year due to the pandemic.

Jennifer said she recalled her ex-husband saying that once a week, “every Thursday at 1 o’clock,” he personally brought cash from the operation “to his dad.”

The April 7 grand jury subpoena seeking documents from Jennifer’s divorce proceedings specifically requested any documents related to the rink and carousel, in addition to other financial records. 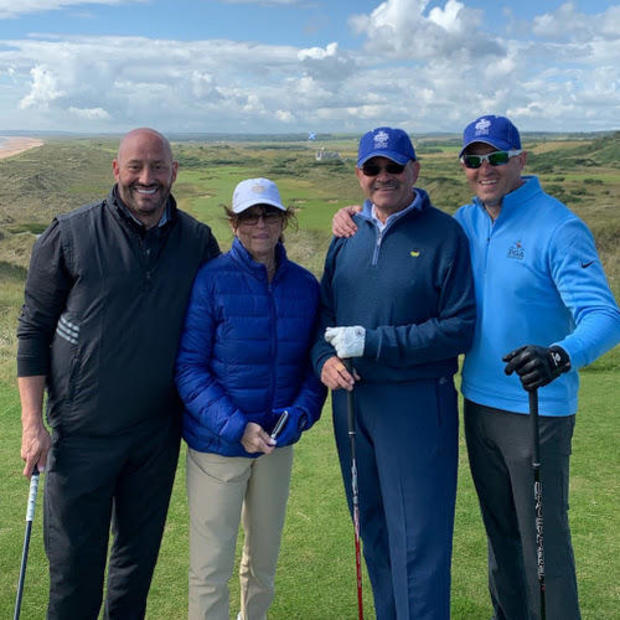 Levin, who accompanied Jennifer during the meetings, said prosecutors have also asked about Allen’s other son Jack, a director at Ladder Capital Corp., a commercial real estate lender that has loaned nearly $280 million to the Trump Organization. Sources with knowledge of the investigation told CBS News that prosecutors are reviewing financial documents involving four Trump Organization buildings financed by Ladder.

“They clearly are in the information gathering stage, but you can feel that this is a clear priority. Every meeting and every call is highly staffed,” Levin said.

Jennifer said the Manhattan DA first approached her about the Trump investigation in December 2020, two months after she spoke with investigators from the  New York State Attorney General’s office, which is conducting a civil probe into the Trump Organization.

Prior to those meetings, in August 2020, Jennifer said she met with the office’s top domestic violence prosecutors.

A court filing in support of the temporary restraining order details several claims of abuse, dating back to the year 2000. The allegations include harassment, assault, sexual abuse, forcible touching, strangulation, identity theft, stalking and grand larceny. She claims to have suffered severe injuries, including one instance that she says left her partially blind in one eye following surgery, and another that she said the incident left her with permanent ear and jaw damage.

Barry has previously denied abuse allegations. According to the online publication Air Mail, in a sworn affidavit on June 16, 2018, Barry wrote, “I have never hit her…I repeat, I have never raised a hand toward Jennifer.”

Barry has not been charged with any crimes.

Barry, who in 2017 sought and then withdrew a request for an order of protection against Jennifer, citing “bodily harm,” ultimately received full custody of their two children.

“I have so many women that are looking to me, that were abused themselves. This has been so crazy, but I’m willing to stand up as a woman,” Jennifer said.

But she said the alleged abuse didn’t impact her decision to cooperate with the Trump Organization investigations.

“Even if it was just the financial crime (investigation), I’d still be doing the same thing I’m doing. I don’t have to have extra motivation to do the right thing. I’m not like that. You know, I never have been, and I’m not, afraid of them,” Jennifer said.