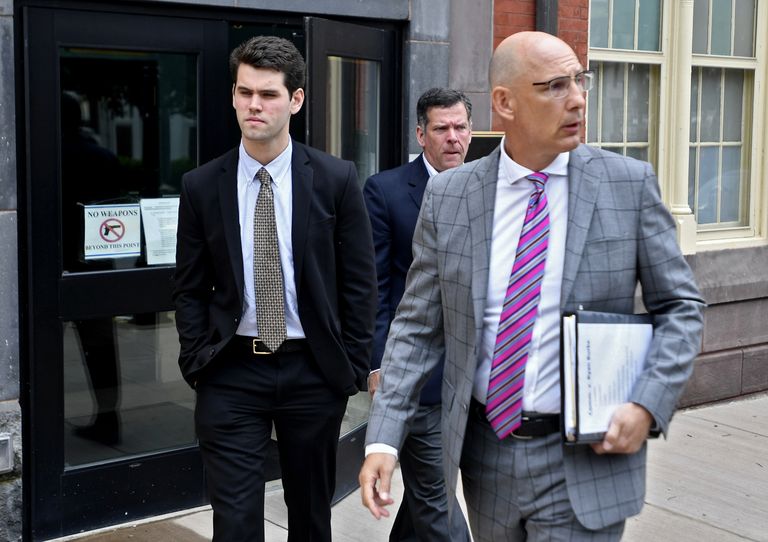 Ryan Burke, 21, became the first person to plead guilty in a case involving the death of Tim Piazza, a fraternity pledge at Penn State who died in February 2017 as a result of hazing-related binge-drinking. Burke was accused of forcing Piazza to drink vodka at a party shortly before he died, and is one of at least 18 former fraternity members facing upwards of 1,000 recommended criminal charges related to Piazza’s death.

Piazza was 19 when he died while pledging the Penn State chapter of Beta Theta Pi, which Burke was a member of before the chapter closed. A grand jury presentment of charges related to Piazza’s death paints a grim picture of what former fraternity members say happened, and what security cameras within the house captured.

Aside from forcing Piazza and other pledges to drink copious, dangerous amounts of alcohol, a number of fraternity members allegedly failed to call 9-1-1 and get medical care for Piazza after he fell 15 feet down a flight of stairs and sustained injuries that eventually killed him. An ambulance wasn’t called until 12 hours after Piazza’s fall — a horrible delay that the grand jury presentment says likely led to his death.

Burke is the first to plead guilty to charges related to Piazza’s death, while the New York Times reports that 25 other defendants have entered not-guilty please and are still awaiting trial. A Pennsylvania judge dismissed the most serious charges, which included involuntary manslaughter, against eight defendants in September 2017.

Hazing is currently considered a misdemeanor in Pennsylvania, but a proposed bill — called the Timothy J. Piazza Antihazing Law — would set clear tiers and punishments for hazing, and would make it a third-degree felony in the case of injury or death.

Burke’s sentencing is set for July 31.