A home that delivers: Former Post Office in quiet Kent village is transformed into a pretty four-bed and is on the market for £620k

If you’re looking to move to a unique, detached property that’s full of character and charm, this former Post Office near the south coast may fit the bill.

The former commercial premises was built in the early 1800s. The Post Office closed and was converted into a pretty family home in the early-2000s.

It is located in the village of Brenzett on Romney Marsh, which is in the South East and just minutes away from Kent’s seaside. 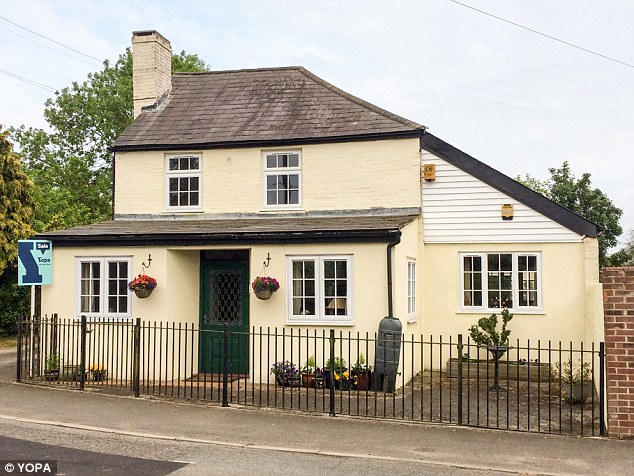 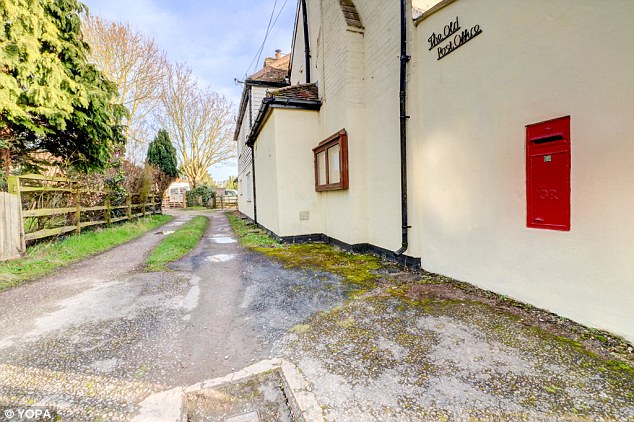 The former Post Office was built in the early 1800s and only converted into a family home in the early 2000s.

The property is on a large plot of land and comes with an outdoor swimming pool, summer house and large car-park.

Entering the house, there are two receptions rooms which each lead into a dining room with exposed brick walls.

Moving towards the rear of the property is the pretty main living room with wood panelling on the walls and a fireplace with a wood-burner.

This room leads into a modern kitchen with space for a standalone island and a table area. It also has wooden beams on the ceiling, a brick archway and tiled flooring.

On the first floor, there four double bedrooms, with the master bedroom having a walk-in wardrobe and a modern fitted en-suite. There is also a separate modern family bathroom. 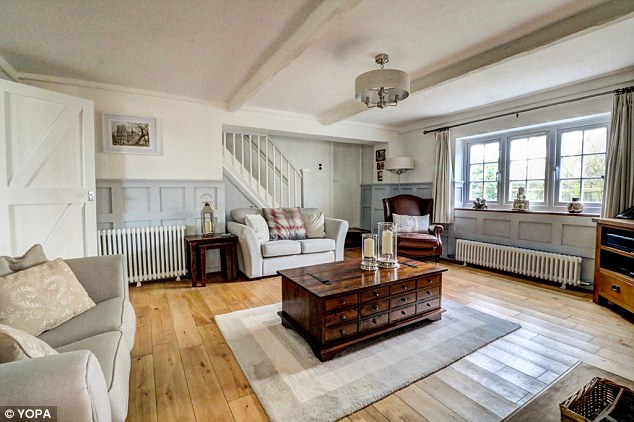 The  pretty main living room has wood panelling on the walls, which have been painted grey 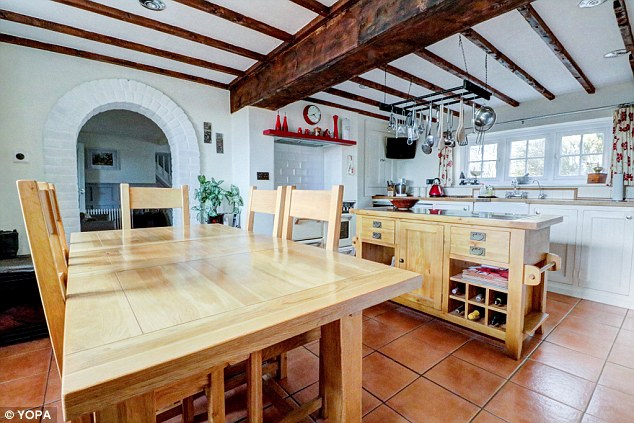 The large kitchen has wooden beams on the ceiling, a brick archway and tiled flooring 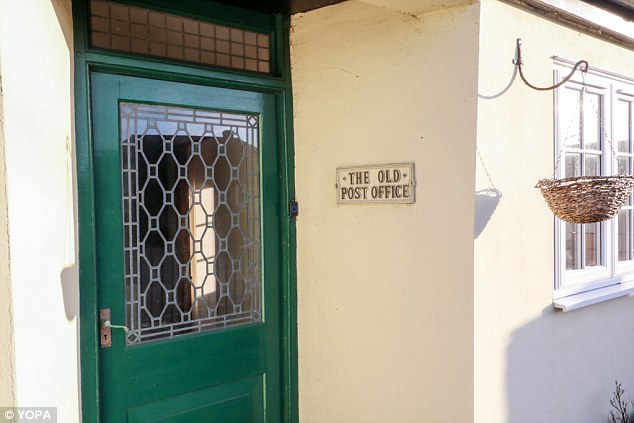 Brenzett is a small rural community on Romney Marsh, but has good transport links offered by the nearby M20.

The motorway provides links to Ashford, which itself offers direct train connection to London. 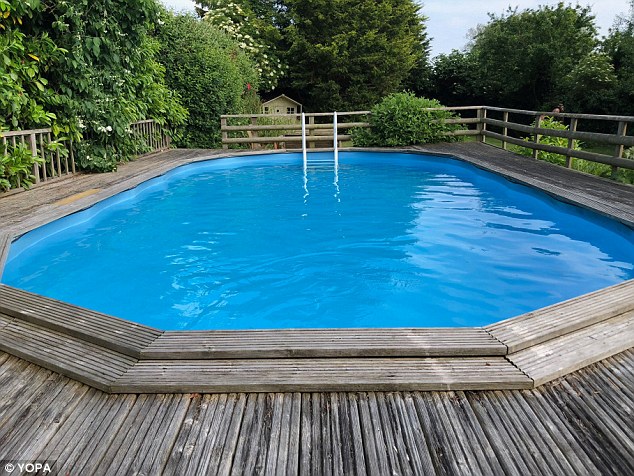 Family fun in the summer! There is a large outdoor swimming pool in the rear garden 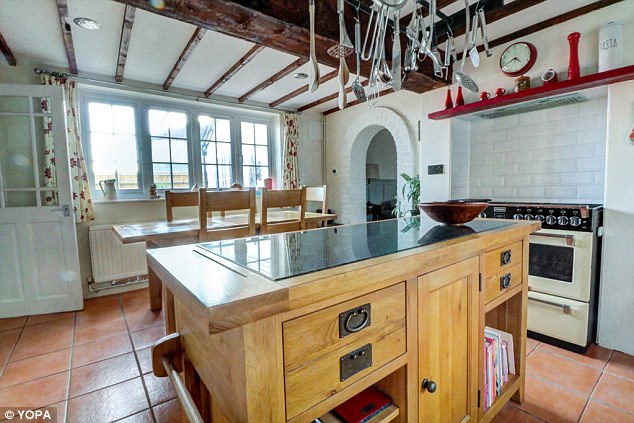 The spacious kitchen is large enough to accommodate this wooden island, which provides extra storage 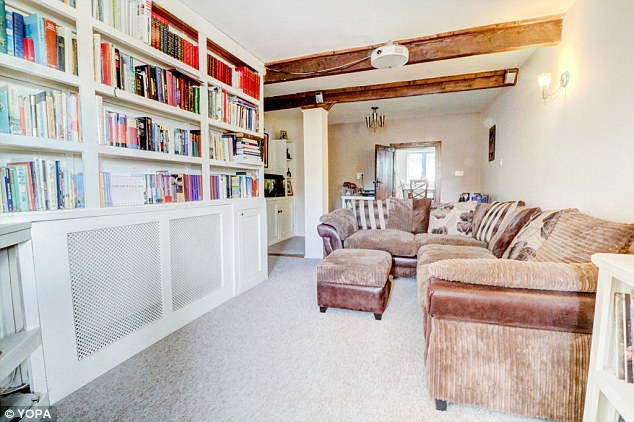 There are several reception rooms in the property, including this one that also serves as a small library 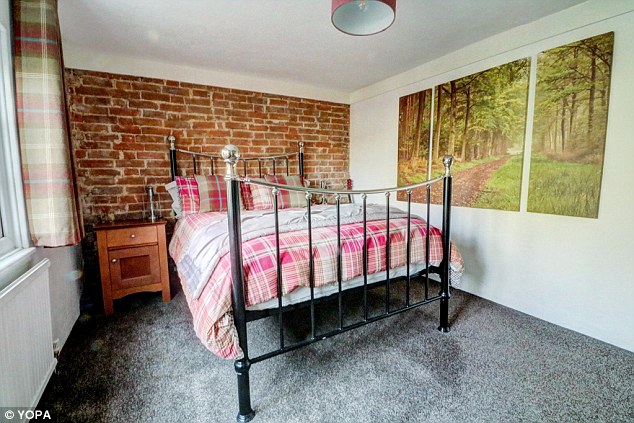 There are four bedrooms at the property, with the master bedroom having a walk-in wardrobe

Yopa, the estate agent handling the sale, described the property as having ‘retained all of its character’, while at the same time having been converted into a ‘stunning, open and modern family home’.

Romney Marsh is known for its isolated beauty, although it may be a bit too bleak for some in the depths of winter.

There are several schools in the area, along with traditional pubs and ancient churches. 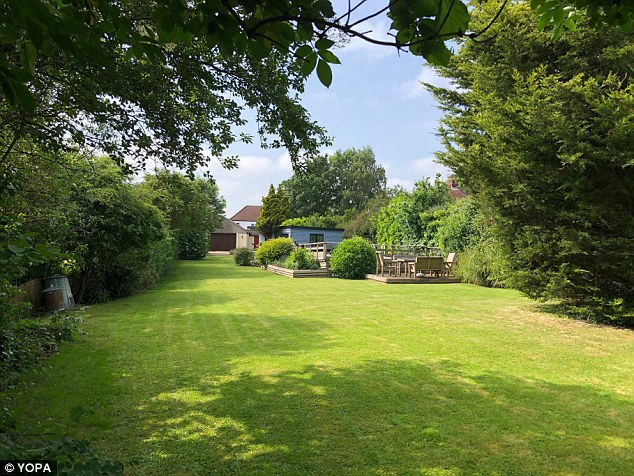 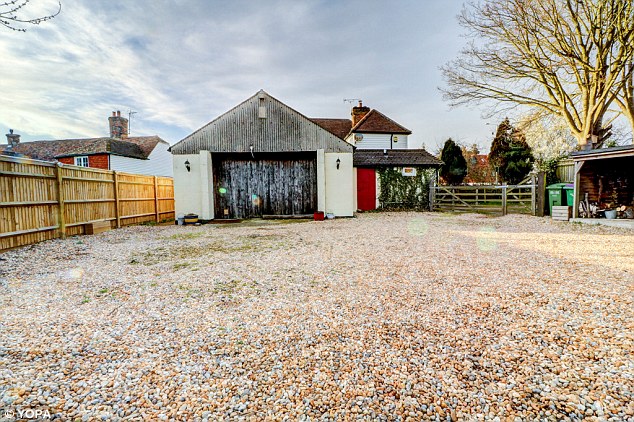 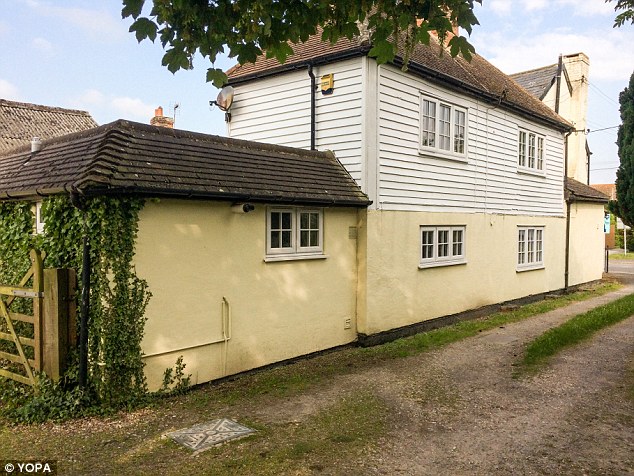 The property is in the village of Benzett, a small rural community on Romney Marsh