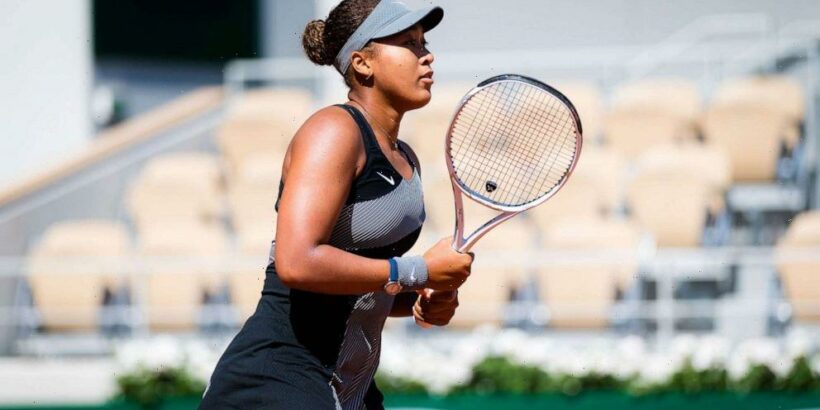 The French Open fined Naomi Osaka $15,000 for missing mandatory press interviews after her victory on Sunday.

Osaka, currently ranked as the No. 2 tennis player in the world, posted a statement on social media on May 27 that she would not be doing press during the French Open due to mental health. Press conferences are a requirement for all players and missing an obligation can result in up to $20,000 in fines.

“I’ve often felt that people have no regard for athletes’ mental health and this rings true whenever I see a press conference or partake in one,” she wrote in a post. “We’re often sat there and asked questions that we’ve been asked multiple times before or asked questions that bring doubt into our minds and I’m just not going to subject myself to people that doubt me.”

Osaka beat Patricia Maria Tig in straight sets in the first round of the French Open. The four-time Grand Slam winner did not do a pregame session with the media nor a post-game conference.

Osaka did, however, give a courtside interview where she said, “I’m really glad that I won. It’s a beautiful court. I’ve only played two matches here, one before the roof and one now, so hopefully I’ll keep it going.”

Afterward, Roland Garros announced the fine in a statement that was co-signed by executives of the other three Grand Slam tournaments — the Australian Open, Wimbledon and U.S. Open.

“Naomi Osaka today chose not to honor her contractual media obligations. The Roland-Garros referee has therefore issued her a $15,000 fine, in keeping with article III H. of the Code of Conduct,” the statement read. “A core element of the Grand Slam regulations is the responsibility of the players to engage with the media, whatever the result of their match, a responsibility which players take for the benefit of the sport, the fans and for themselves.”

According to the statement, French Open officials reached out to Osaka privately to reconsider her decision and check on her well-being but received no response.

Following the “lack of engagement,” officials of the four Grand Slam tournaments reached out to Osaka in a joint effort to “check on her well-being and offer support, underline their commitment to all athletes’ well-being and suggest dialog on the issues.”

They also reminded her of her media obligations and the consequences of not meeting them.

“We have advised Naomi Osaka that should she continue to ignore her media obligations during the tournament, she would be exposing herself to possible further Code of Conduct infringement consequences. As might be expected, repeat violations attract tougher sanctions including default from the tournament (Code of Conduct article III T.) and the trigger of a major offense investigation that could lead to more substantial fines and future Grand Slam suspensions (Code of Conduct article IV A.3.),” the statement said.

In a since-deleted tweet that drew much criticism, the French Open posted photos of Rafael Nadal, Kei Nishikori, Aryna Sabalenka and Coco Gauff speaking to the media with the caption: “They understood the assignment.”

While many have been offering Osaka their support, fellow reactions from the tennis community has been mixed.

Venus Williams, who has also been fined for skipping press, replied to Osaka’s Instagram post, saying, “Girl, do you. Your life is yours to live!”

Billie Jean King posted a statement on Twitter where she said she respects what Osaka is doing with her platform but is “a little torn” as she tries to learn from both sides of the situation. King acknowledged that everyone has a “right to speak their truth” but said that professional athletes have a responsibility to be available to the media.

Rafael Nadal added, “I understand her. On the other hand, I have my point of view that the media is a very important part of our sport too.”

Johanna Konta said, “There’s a lot of truth in what she said, but then again, there’s also the expectations and the commitments that come with being a professional athlete, as well, and this is one, so it’s about finding…the right balance.”

Osaka’s only reaction so far is a tweet that reads, “Anger is a lack of understanding. Change makes people uncomfortable.”