Allez les bleus! Stylish French WAGs including Paul Pogba’s model girlfriend Maria are out in force to support the team in the World Cup quarter-finals against Uruguay

The French WAGs were out in force today as they cheered on their team in their World Cup quarter-final match against Uruguay.

Maria Salaues, the girlfriend of Manchester United player Paul Pogba, flew in from her home in Miami to watch the game at the Nizhny Novgorod Stadium in west Russia today.

The model made sure to wear her boyfriend’s number six shirt ahead of the crucial match, which she teamed with a pair of ripped jeans.

Maria was seen talking to Pogba’s mother Yeo, who wore her blue France shirt, ahead of the match, while the footballer’s brother Mathias was also in the stands.

The French WAGs were no doubt delighted as the team secured a 2-0 victory to take them into the semi-finals. 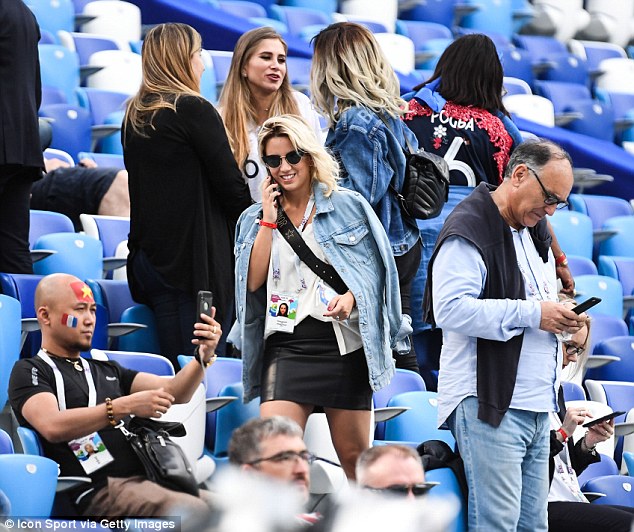 Erika Choperena (front), the wife of striker Antoine Griezmann, looked in high spirits as she arrived for the France v Uruguay match 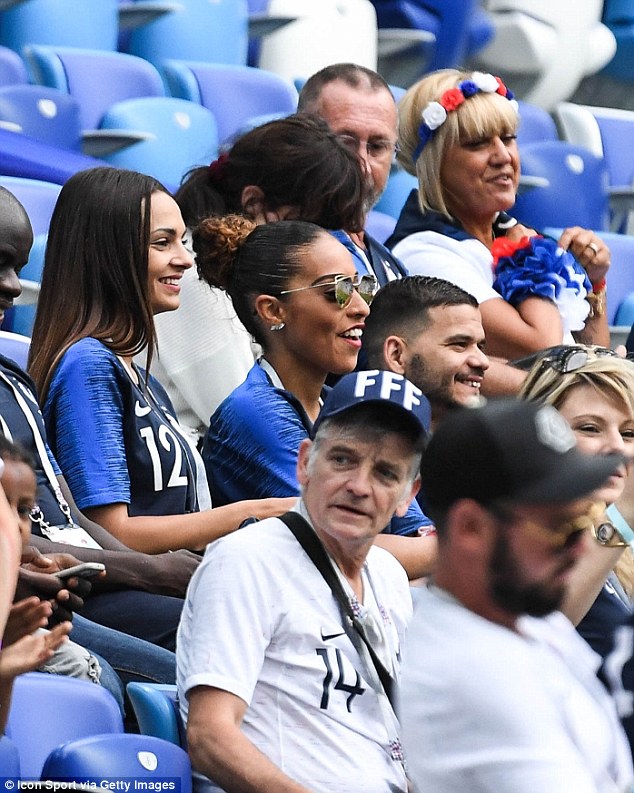 Erika Choperena, the wife of striker Antoine Griezmann, was cheering her husband on he scored the second goal in the match.

She looked chic in a white cold shoulder top and leather skirt as she took her seat in the stands.

She finished off her stylish look with a denim jacket, accessorising with a pair of dark shades.

Isabelle Matuidi, the wife of midfielder Blaise Matuidi, is also in the stands for the match today, wearing French flag sunglasses. 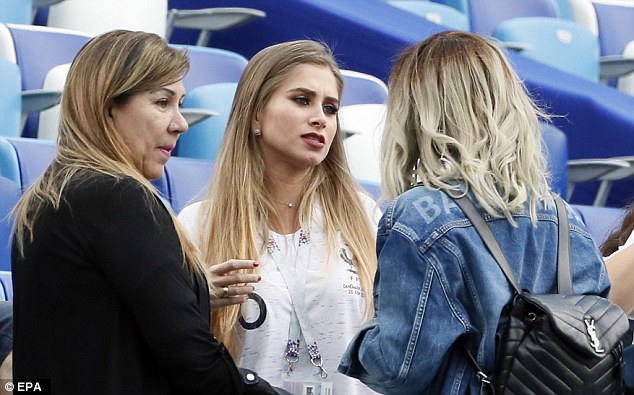 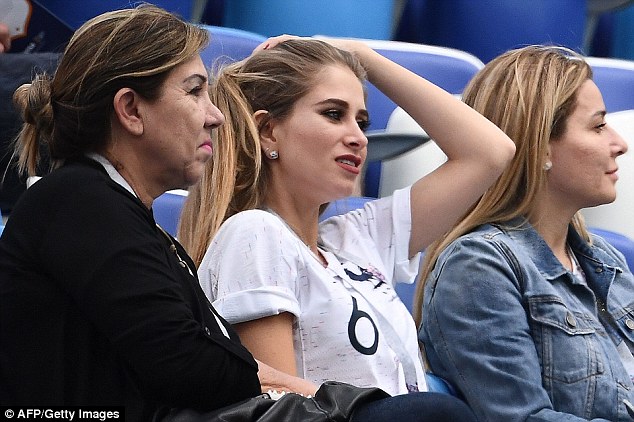 The model, who is based in Miami, looked relaxed as she watched the action on the pitch 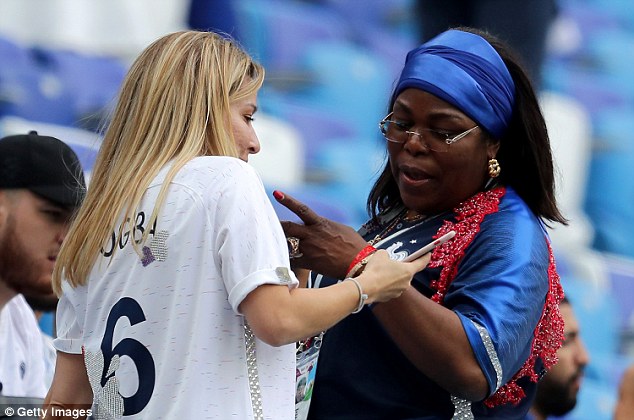 Maria was seen chatting to Pogba’s mother Yeo, who also wore her France shirt for the game

She was joined by midfielder Corentin Tolisso’s girlfriend Sarah, who liked stylish in a leather jacket.

Victory today means that France have now progressed through to the semi-finals, where they will play Brazil or Belgium.

France are on the other side of the draw to England, who are playing Sweden in the quarter finals on Saturday.

The winner of that match will play either Croatia or Russia in the semi-finals next week. 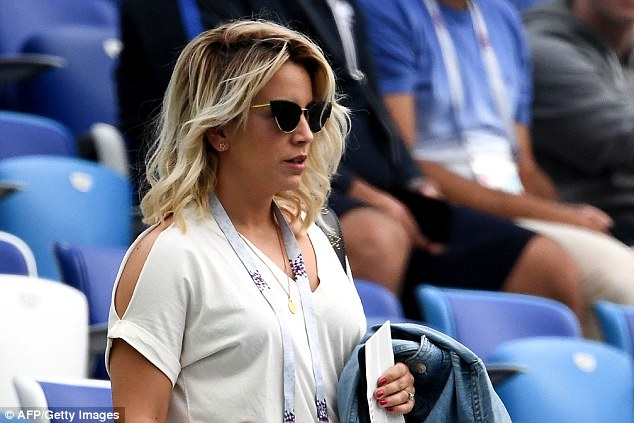 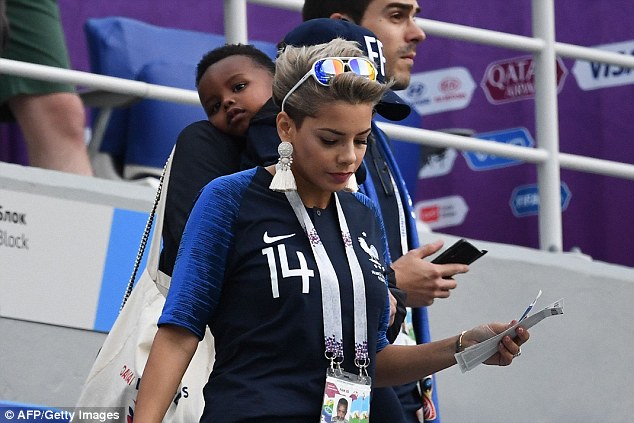 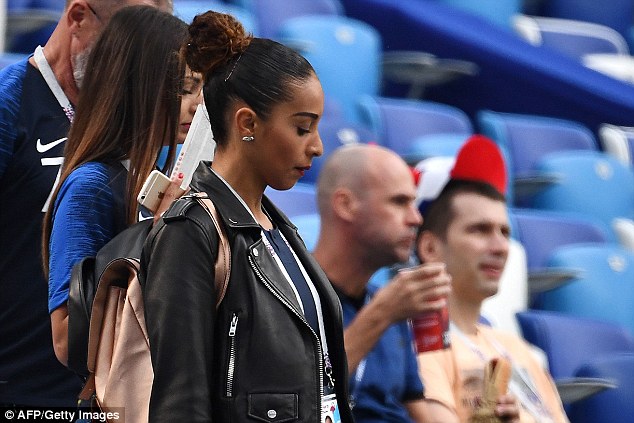 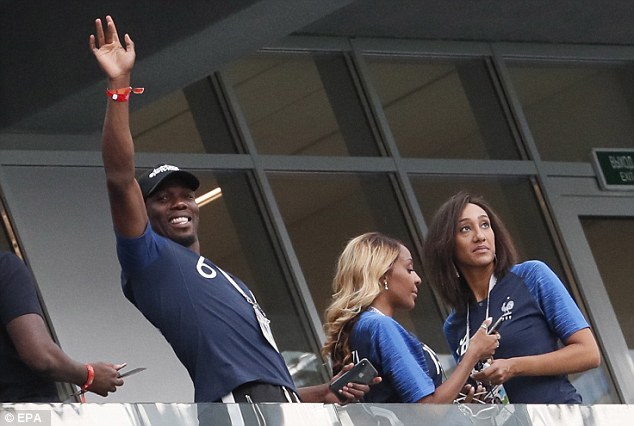 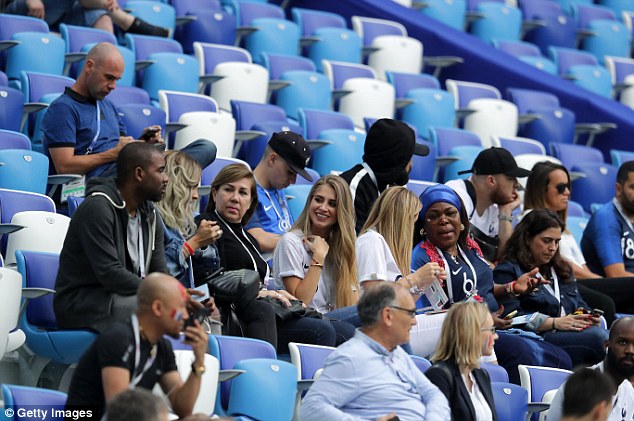 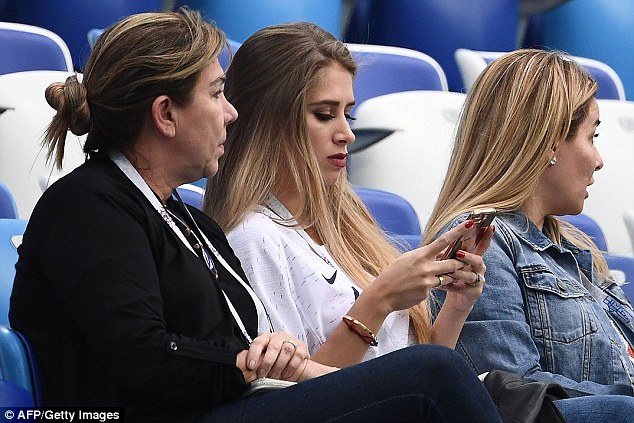