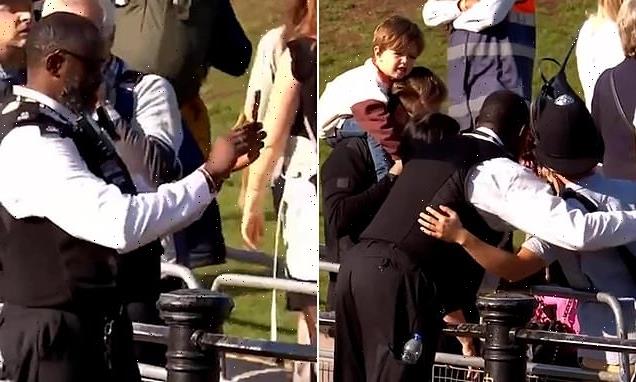 A Met Police officer has been praised for his approachable and professional behaviour after he was filmed posing for photos with members of the public who were queuing to see the Queen lying-in-state.

The police officer, whose name has not been released, was captured on BBC cameras as he interacted with mourners queuing through central London yesterday, ahead of Westminster Hall being opened to the public.

The officer passed his hat to passersby so they could pose for a quintessentially ‘British’ photo and even joined them for a selfie.

The small act of kindness was praised by Twitter users after the footage was shared online by former police officer Dave Thomas @DCT_audio, who wrote: ‘If you can talk with crowds and keep your virtue, Or walk with Kings nor lose the common touch’ RK Still the best police service in the world.’ 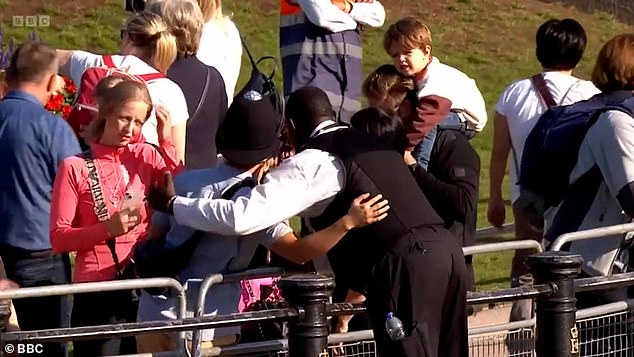 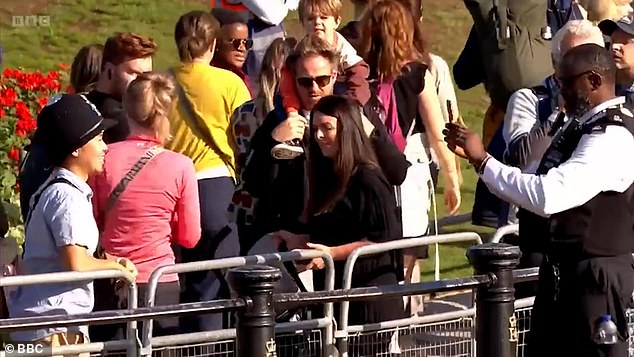 The unknown officer, passed his police hat to a group of woman and a child so they could take pictures wearing it 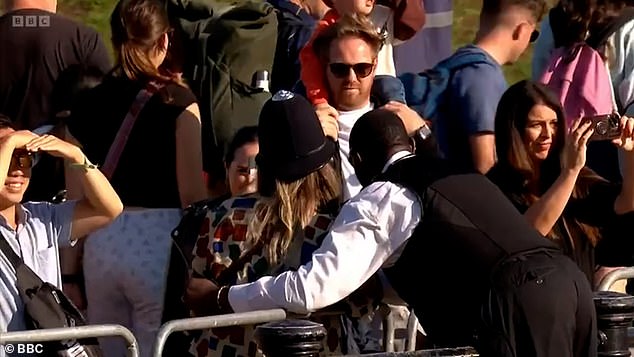 A few hours later the video was re-shared by the proud officers wife Agatha who wrote: ‘My amazing husband doing what he loves best. #leadership #policing #community’

‘Thanks so much for your kind words. This is a side of policing that is rarely seen or publicised but it’s the part of the job that he loves.’ 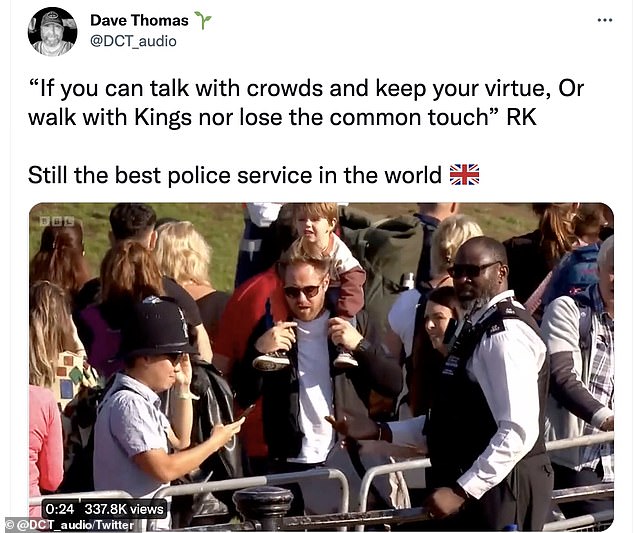 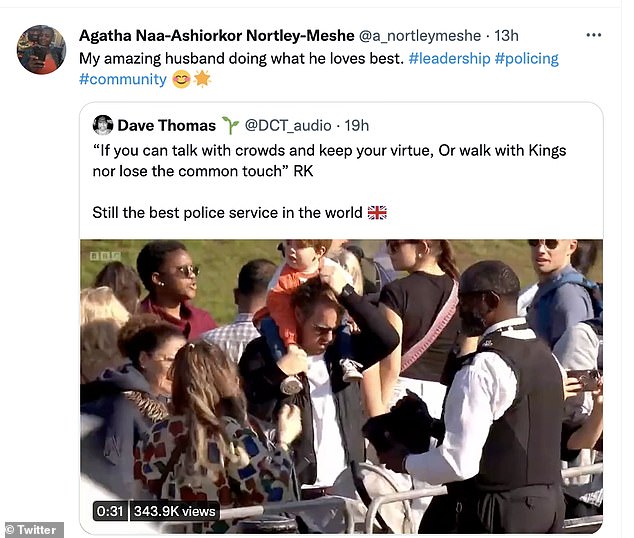 A few hours later the video was re-shared by the proud officers wife Agatha, who said her ‘amazing husband’ is ‘doing what he loves best’

Many people rushed to the comments to thank the officer for his kindness during a day of mourning Her Majesty.

One person said: ‘Your husband is a credit to his uniform, and his country. An excellent example of public engagement. Others should learn from his example.

Another person said: ‘Agatha, from an old cop, please let your husband know he is doing the job right. We solved an attempted murder because of good and genuine community relations. Exactly what appears in that video. What your husband is doing is awesome.’

While another wrote: ‘I loved seeing this. Your husband is a credit to the uniform and should be proud. He made a number of peoples days there too man.’

Hundreds of thousands of mourners have been queuing to pay their final respects to the monarch following her death at Balmoral on Thursday.

Crowds lined the streets of central London as she was moved from Buckingham Palace to Westminster Hall on Wednesday afternoon.

A short service was held involving the Royal Family at the Palace of Westminster, before members of the public were given access to pay their respects from 5pm.

Thousands of well-wishers have passed through the historic hall throughout the evening and into the early hours of this morning.

Mourners waiting to pay their respects have been given colour-coded wristbands in order to temporarily leave the queue to buy food and use the toilet.

Stewards staffing the route have also been advised to spot people who may be struggling, take them out of the queue for a ‘cup of tea’. They may then be allowed closer to the front.

The Palace of Westminster will remain open 24 hours a day until 6.30am on Monday – the day of the Queen’s funeral. 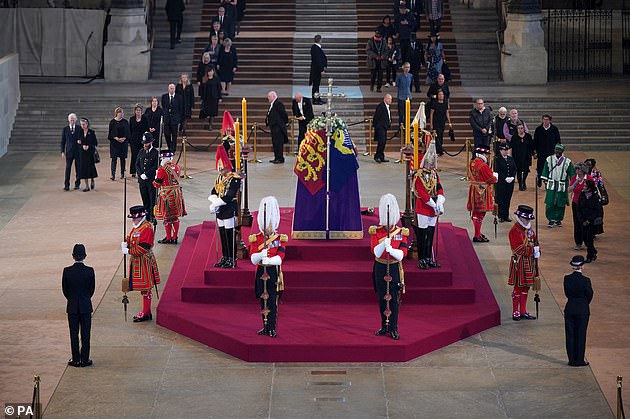 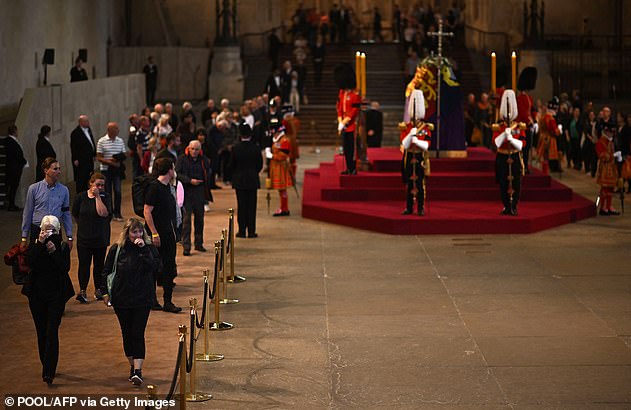