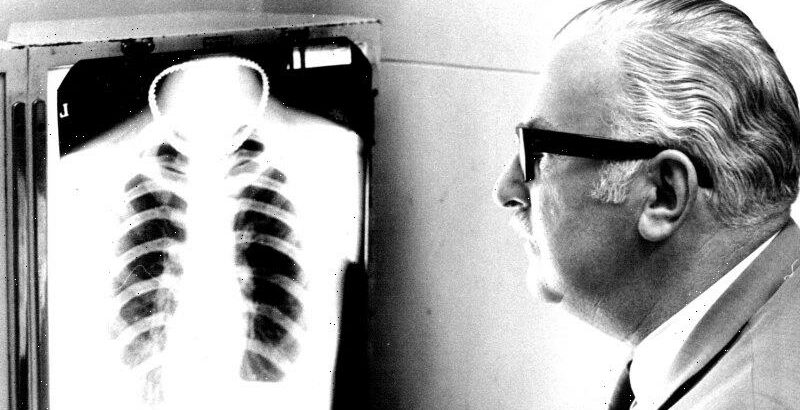 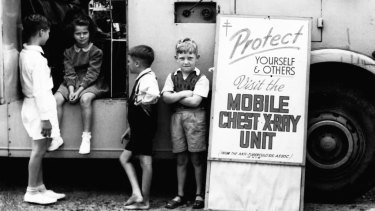 Children wait outside a mobile unit while their parents are being X-rayed inside.Credit:SMH Archives

Compulsory X-ray examination of persons in Victoria over the age of 14 suspected of suffering from tuberculosis will begin shortly. 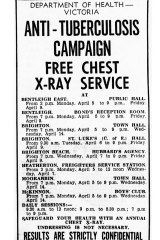 The mobile X-ray units travelled around the suburbs and country towns.Credit:The Age Archives

The Minister for Health (Mr Fulton), who put the scheme before Cabinet, said it was being introduced to detect people suffering from T.B. who would not be X-rayed under the voluntary scheme.

“It has been found that some persons who specially should be X-rayed as suspected T.B. sufferers do not submit themselves for voluntary examination,” he said.

The legislation would provide the Health department with power to order suspected T.B. sufferers to undergo examination.

A Health department official said this would be an important step in the fight against T.B. in Victoria.

At present suspected T.B. sufferers could not be compelled to undergo examination. There was great danger that these people would spread the disease.

The department considered it was essential that all T.B. suspects should undergo treatment.

“The scheme will be progressive as the department gets its plans organised to operate mobile X-ray plants throughout the State,” said Mr. Fulton.

The department had been pressing for introduction of the scheme for a long time, but previously it had not been in a position to cope with the work because of the lack of X-ray plant.

“Now we have enough plant to cover the whole State, and by the end of the year we will have enough sanatoria beds available,” the Minister added.