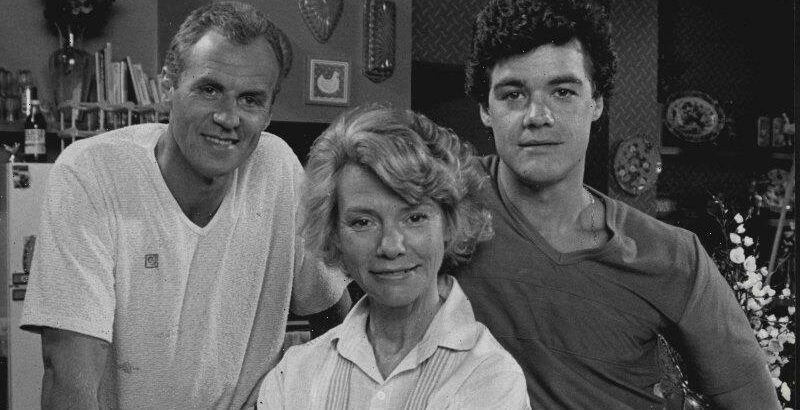 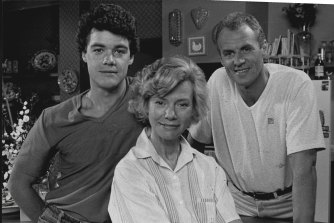 ‘Neighbours’ (Channel 7 at 6 pm) takes place in Videoville: a place in which designer-conscious, upwardly mobile folk with immaculate hair and after-Clearasil skin prune their roses in gardens which look as if they were laid down yesterday. In the background, Commodores and Pulsars hum, and birds sing, dogs bark.

Were the dialogue only so new. Last night, someone walked into a kitchen and actually said, “Something smells good!” Whole situation comedies once were built on such phrases around the stove. At least ‘Neighbours’ occasionally moves into other places, other rooms.

I have not caught up with this series before, so I feel rather like The Man Who Came To Dinner But Was Never Introduced. Anyway, last night, Jim was lamenting the loss of Anna; you could tell this because Jim’s dialogue was sotto voce and monosyllabic. By comparison, Jim’s neighbour, Max, possessed the sort of voice at which one should clap on a set of earmuffs, as do men at airports when a jumbo taxis in.

Then Max settles for abusing his adolescent son. “LISTEN! EITHER YOU DO IT MY WAY OR NOT AT ALL!” he said. In the background, birds were flying out of the trees in shock. “YOU SMARTEN YOURSELF UP, YA HEAR?” By now, I was wondering how Max would translate on to Teletext; one advantage for the hearing-impaired, I suppose.

Meanwhile, some young blonde girl was on the phone to someone called Paul, accepting a dinner date. You could tell this because she said “Oh, hello, Paul, I’d love to come to dinner tomorrow”. At this, some other young person, a man with cow-like eyes, looked crestfallen; blondie and bovine will, I predict, fall in love.

‘Neighbours’ is bland, inoffensive soap. It is predictable, relentlessly upmarket suburban, and has a theme song with lyrics you wouldn’t believe: “Nay-bors, should be there for one another / nay-bors should become good friends.” Quite. But not quite.