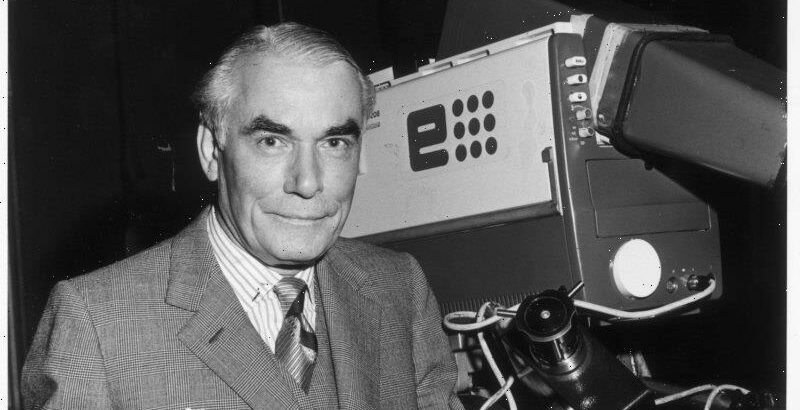 ERIC PEARCE dead? Surely not. Eric Pearce was meant to be elderly, always. But dead, never. 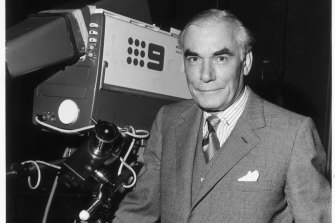 Eric Pearce at the GTV9 studios in 1976.Credit:Nine

Not only elderly, but comforting, dignified, serene, wry. Not to mention that strange phrase we used to use with some awe: “Well-spoken.” But Eric Pearce is dead. He died in his sleep in the early hours of yesterday morning. He was 92.

In some ways, it was Eric Pearce who brought Melbourne into a new age, an age from which we were never going to escape. Television arrived in 1956. We first saw Eric Pearce as compere of the opening of HSV-7, introducing Victoria to our future. He appeared at 10.15 on the evening of November 4, 1956, with the first television news bulletin that any of us ever saw. It might well have been radio, in those early days. There were no “crosses”, little local film, and if any film arrived from overseas we might see it a week late. Most of it was just Eric, juggling the matter of looking down at his typewritten bulletin and peering pleasantly into the camera. No autocue in those days. The next year, 1957, the urbane Mr Pearce began reading the news on GTV-9.

When you think of it, he wouldn’t have been all that elderly then. He would have been about 51. But to us teenagers of the new age, Eric Pearce was the elderly gentleman who brought us the news each night and all of us secretly wished we spoke like he did. We wouldn’t dream of admitting it, any more than we’d admit that we’d really rather wear our hair as long as Bobby Driscoll did when playing Jim Hawkins in ‘Treasure Island’. 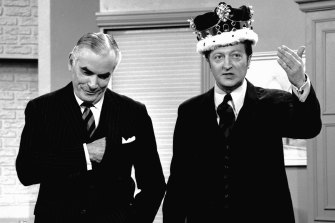 These were the years of the hated Cold War with the Iron Curtain countries. Winston Churchill had coined the phrase Iron Curtain after the war, which we happy 1950s children did not realise was so close on our heels. In the mop-up, the countries that fell behind Russia’s dark shadow became the mysterious and sinister countries behind the Iron Curtain. China, almost equally feared, was Red China.

And with considerable horror we became part of the Russian invasion of Hungary in 1956. We became part of it because later that year we hosted the Olympic Games and there was blood in the pool during the water polo match between Russia and Hungary. Here in Melbourne!

In 1957, the Russians put the first man into space in Sputnik One. We were both fascinated and terrified. Fascinated because the heavens had been opened; terrified because it was the Russians who conquered those heavens, not the Americans.

Eric Pearce told us all about these things. In fact, he calmed us down. I certainly found him soothing. Watching Eric present these alarming episodes in his silver voice, we felt less threatened. The reason was quite simple. We were all perfectly aware that Eric would never allow things to get out of hand. Eric would protect us from these grim foreign events, even if there was blood in the Olympic Pool.

These were the times dominated by the canned laughter shows from America. ‘I Love Lucy’, ‘Sergeant Bilko’, ‘The Nelsons’ (a young Ricky Nelson with his real family in a sit-com), ‘Father Knows Best’. We grew up a little in 1957, when Graham Kennedy, a real live Melbourne person, leapt do to the screen with ‘In Melbourne Tonight’, and became our first local legend. Through all this, there was Eric Pearce, never quite stern, never quite lecturing, but serious enough to make us sit still and pay attention to the serious part.

Without doubt, Eric Pearce was an Englishman and we thoroughly approved of that. It was a coup for G7V-9 to have secured the services of one of our betters. Pearce was born in Hampshire on 5 March 1905 and educated on the Isle of Wight. What more could you want? And he had worked for the BBC.

Here, in Melbourne, we first knew of him on 3DB. (All Melbourne television newsreaders, it seems, did their early stint on 3DB: Eric Pearce, Geoff Raymond, David Johnston, Mal Walden, Brian Naylor…)

If anyone was our own Walter Cronkite, it had to be Eric Pearce. No one was in his class in terms of style, presentation, accent, even dress. If Eric Pearce was seen in a sports jacket and tie, we really knew it was a casual day and we could all relax a little.

And only dear Eric could introduce a touch of religion to straight news and make it appear like part of life. In fact, it’s the part of Eric Pearce that we’ll most remember.

At the end of each bulletin: “Good night. God bless you. And you.′ And we would sit, bathed in a moment of sweetness. He wasn’t saying it into a camera lens. He was saying it to me, and to my wife.