Football and fashion aren’t always the most natural bedfellows but it seems England manager Gareth Southgate is influencing the high street with his sartorial choices at the World Cup.

M&S has revealed that sales of waistcoats, which Southgate has worn for every one of his three touchline appearances at England’s matches, have rocketed by 35 per cent since the tournament began.

The formal attire, traditionally favoured by grooms and snooker players, has been given a re-birth by the 47-year-old manager, who matches the look with a pale blue shirt and navy-and-red striped tie. 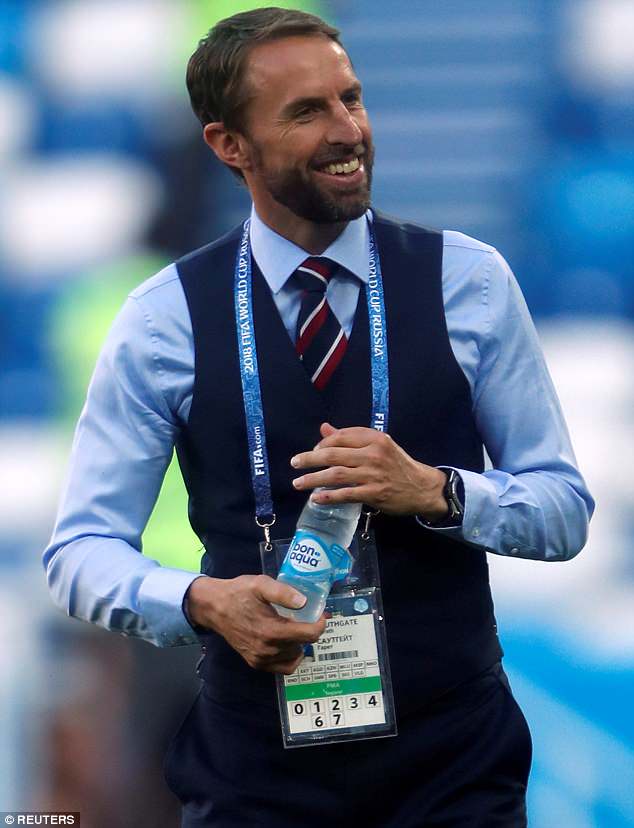 Winning games and fashion followers: England manager Gareth Southgate, pictured at the match against Belgium last week, is dragging waistcoats back into fashion with his £65 navy garment from M&S

The England squad’s official suit is a £264 Marks and Spencer whistle-and-flute, with the coordinating waistcoat costing an additional £65 and the tie ringing through the tills at £25.

Southgate is currently basking in the glow of getting England through their group matches with relative ease, and his smart touchline outfit, eschewing the tracksuit favoured by many managers, has won him plenty of fans.

On Twitter, some said owning a waistcoat had become a fashion goal while others admitted that they were finding Southgate suddenly rather dashing.

@moneyandmedia quipped: ‘Should we be talking about Gareth Southgate’s new season 18/19 waistcoat collection yet? For the snooker player in your life. #waistcoat’ 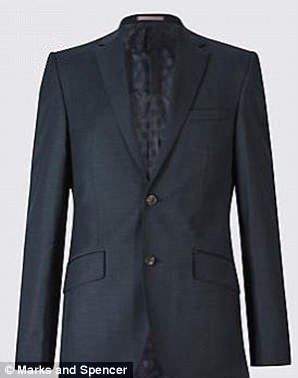 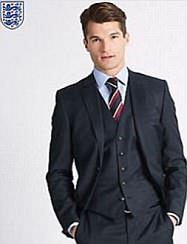 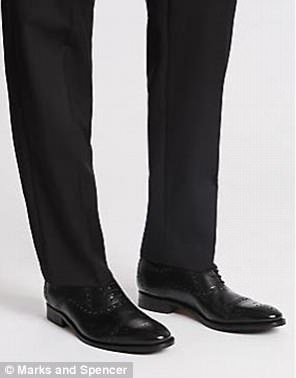 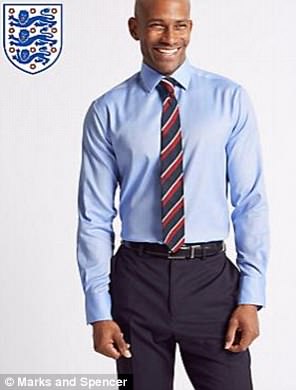 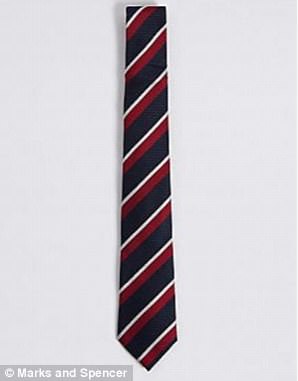 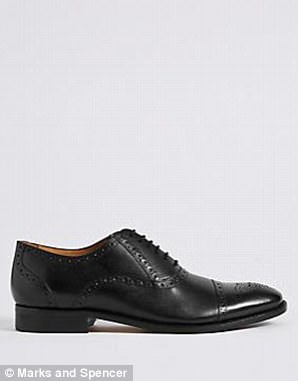 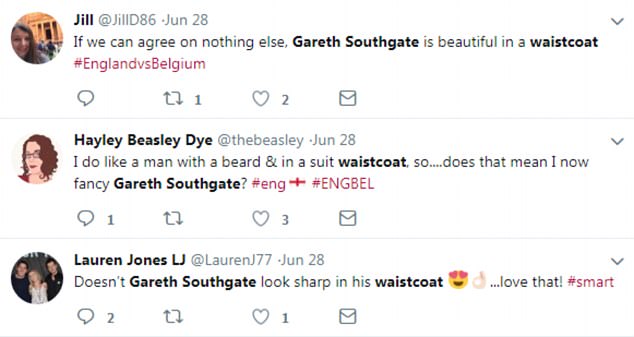 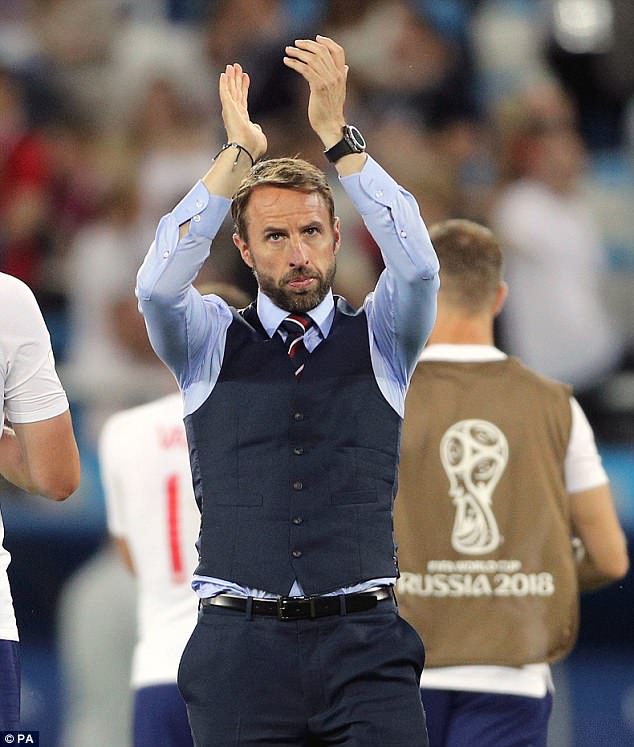 High street giant Marks and Spencer, who officially kitted out the England squad, say the 47-year-old manager’s sartorial choices have seen sales of waistcoats rise by 35 per cent 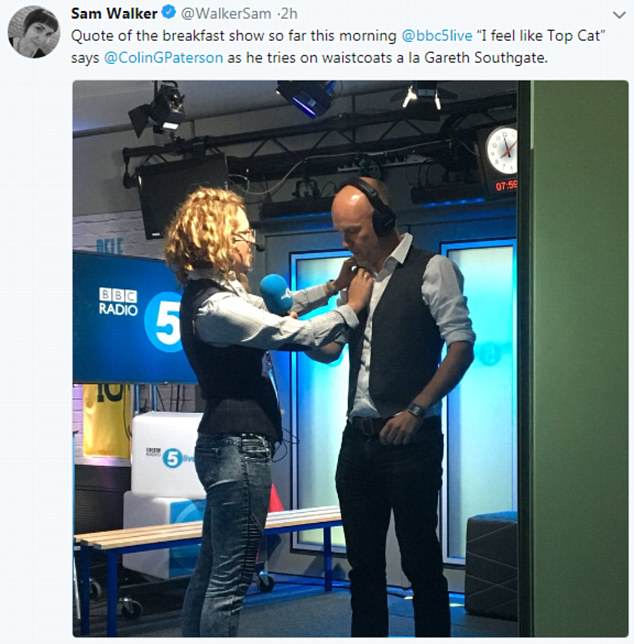 It’s a trend! @bbc5live presenter Colin Paterson tries on a waistcoat for size after debating the popularity of the waistcoat in men’s fashion 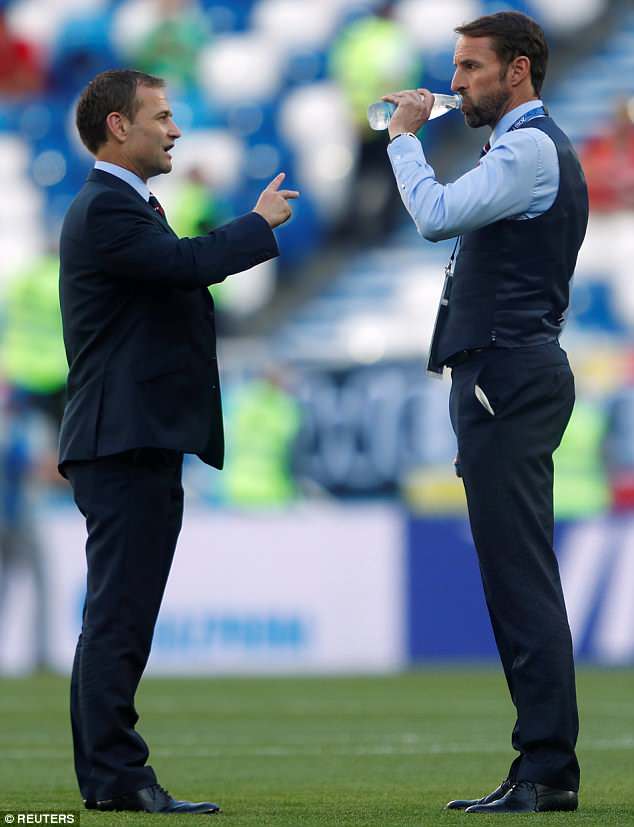 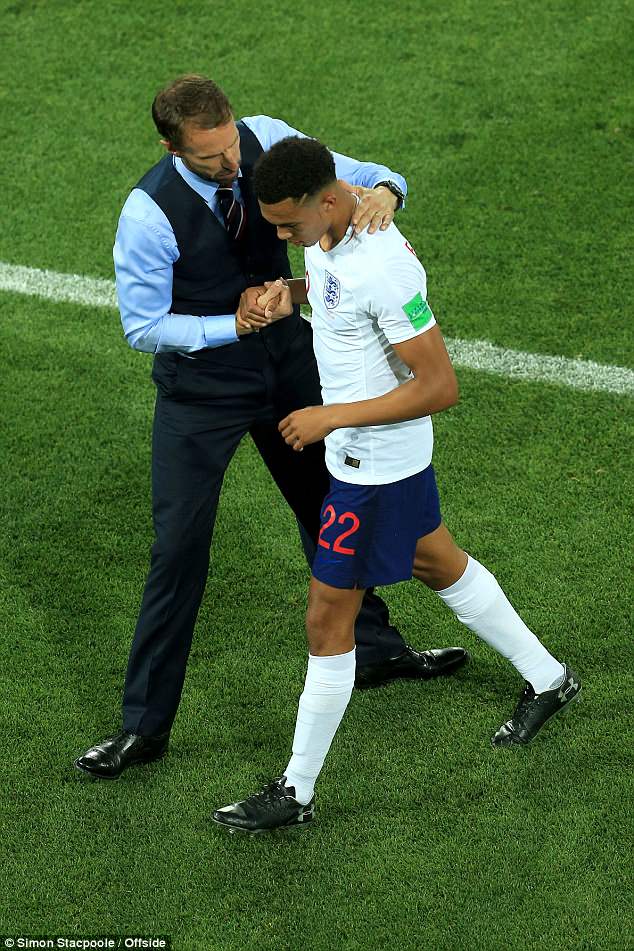 While many football managers opt for sportswear on the touchline, Southgate has left the performance attire to his players (Pictured: Gareth Southgate shakes hands with player Trent Alexander-Arnold during the England game against Belgium)

@LucyDixonWrites added: ‘I seem to have developed a crush on Gareth Southgate. I think it’s the waistcoat. Am I alone?’

However, not everyone was quite so smitten; @BethSF wrote: ‘Gareth Southgate constantly looks like he’s about to appear in court on a drink driving charge. It’s the waistcoat.’

While the garments are traditionally worn with the bottom button undone, Southgate appears to have his own take on how his waistcoat should be worn, leaving all the buttons neatly done up.

However, it may be his collar that Southgate is loosening come Tuesday night when England fight to stay in the tournament with knock-out match against Colombia at the Spartak Stadium in Moscow.