When Fiona Maine drops one-year-old Freddy at his daycare it annoys her if she notices another child looking sickly.

“I have heard of many parents, if their kids are sick, they’ll give them Panadol or Nurofen and send them off, knowing they’ll have to go pick them up once it wears off. Just so they can have half a day of daycare, they can work and get paid for it,” she says.

Freddy has been attending daycare in Sydney five days a week since he was four months old. The 31-year-old pregnant mother of four cannot work in her tech support role while he is home.

“I can’t take phone calls while looking after a baby. Honestly, he gets sick once every couple of weeks. [I feel] a bit rotted because we still have to pay for it,” she says.

It’s a common complaint heard around the nation from parents with children in daycare who get sent home sick. Jay Weatherill, the former premier of South Australia, now leads early education campaign Thrive by Five and he says parents with young children are stuck in an impossible position. 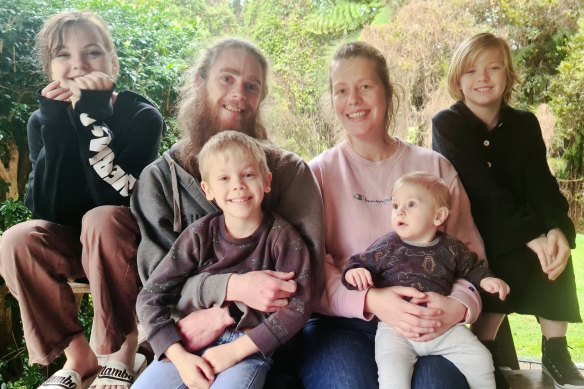 Fiona Maine and her family.

“Parents are doing it really tough right now through the spiralling cost-of-living, but it’s a triple whammy for parents when their children are sick,” he says.

“Not only are they caring for a sick child, which is stressful enough on its own, they are also grappling with the out-of-pocket costs for a day of childcare and the lost earnings or leave due to being unable to attend work.”

Melanie Allen is a Pilates instructor and works for herself while her children Henry, 3, and Edie, 10 months, attend daycare in Adelaide.

“Money-wise, it’s hard. And the daycare fee being so high makes it harder,” Allen says. 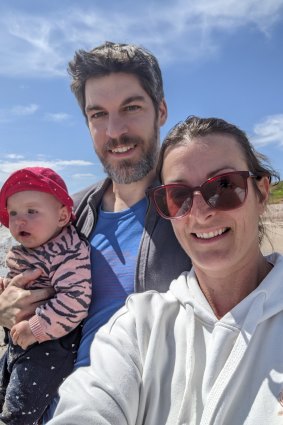 Melanie Allen says when her child is sick at daycare she misses out on work.

“I never factored in how much it would cost in daycare, to have them both in. And then I was like, why? Why when school is free? Why isn’t daycare subsidised to the point that it’s free as well?

“What burns is paying for them not to be there, staying home, and not getting paid. So say I make $250 in a day, I don’t make that money, and then I also have to pay another $170.

“And then, knowing that might go through my second kid, and then also through me and then to my husband, because if one of us is sick, the other one’s going to have to take off work, so they can look after the kids. So it’s just a cycle, a vicious cycle.”

Weatherill says the early childhood education and care workforce is in crisis because of low pay, poor conditions and staff shortages and providers who have ongoing overheads that they can’t turn off when one of the children enrolled at their service is ill.

“What all this adds up to is a system in need of complete reform. Providers need certainty, early childhood educators need proper pay and conditions, parents need financial support and children need access to the enormous benefits that arise from participation in high quality early learning.”

Georgie Dent, CEO of ‘The Parenthood’, a campaign partner of Thrive by Five, says Australia needs to move to a system that is more affordable for families and closer to the school experience.

“This would mean it’s not a system where families are spending hundreds of dollars out of pocket on a day. And so it then would become less of an issue if your child was sick or not sick,” she says. 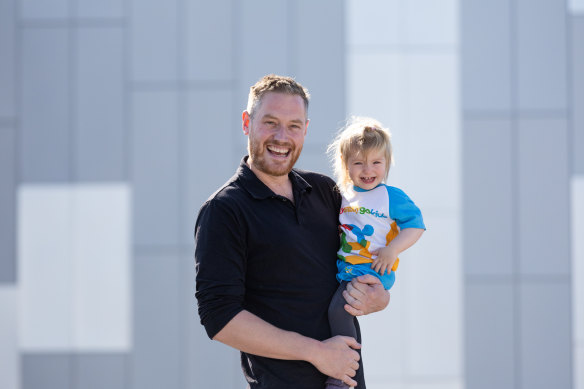 Shayne Kuyper and his partner Claire Henderson enrolled their two-year-old daughter Poppy in daycare when she was thirteen months old. She had never been sick before daycare.

“She hasn’t had a single week without coming home with something since. She’s had gastro seven times this year,” he says.

They navigate Poppy’s sick days at home by splitting the day in half.

“It’s painful that you still have to pay for these sick days. And you’re allocated [52] days a year – beyond that, you lose your government subsidy. So if we have more absent days, we pay the full rate. It’s unavoidable; they’ll get sick at daycare, but we’re punished for it.”

Nesha Hutchinson, Vice-President of the Australian Childcare Alliance, says rostering staff for a position in a childcare centre means it’s not possible to avoid charging fees if the child is away sick.

“If there are 10 children in the preschool room or five in the toddler’s room, we have to pay for that staff member, whether or not the child turns up,” she says.

“If two children are sick on a day, does the staff member get paid 80 per cent of their wages because the children are off? That’s important to consider given that wages are the highest cost for a childcare centre. And we can’t overbook like they do on planes, hotels or restaurants, as it’s illegal.”

Hutchinson says “educators get very sick, particularly in their first year in early education”, contributing to a high staff turnover within the first year of employment.

Emily Holmes, 25, is a childcare educator working in South East Melbourne. She says most of her fellow educators have used their sick leave entitlements.

“We get sick quite a lot in general, but it is the same in every centre I’ve ever worked at,” she says.

Federal Early Childhood Education Minister Anne Aly said the childcare subsidy will continue to be paid for 52 absences a year, after it was increased from 42 a year due to the pandemic. 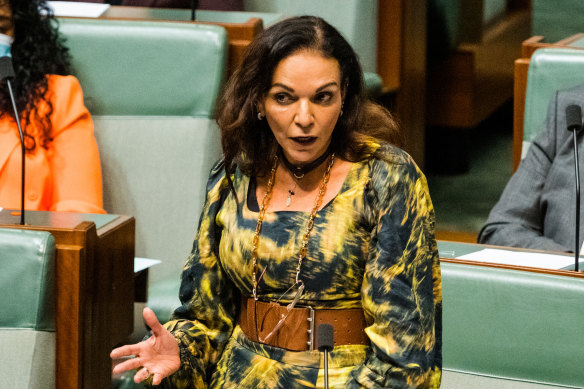 “We’re increasing the number of university spots, bringing forward fee-free TAFE places, changing the Fair Work Act to allow multi-employer bargaining and taking action to close the gender pay gap – all of which will benefit the early childhood education sector.”

The government has committed to a Productivity Commission review into the early childhood education and care sector, looking into how to improve affordability and access for families, including considering a universal 90 per cent Child Care Subsidy rate.

Elke Bremner has two sons in daycare in Sydney’s West Killara. Her husband Seth is often overseas for work, leaving her in a tough spot when they’re ill and he’s away.

“Your work doesn’t stop, just because your kids are sick. So I was having to still make up the time. When my child was sleeping, or at night, I was working after the kids were in bed each night just trying to catch up on everything,” she says.

“I don’t know of many families that can afford to be living in Sydney at the moment and not have both parents working.”

To fill the daycare gap, Sharon Mitchell wakes up at 3 am, goes for a run on the treadmill and gets ready to answer her phone at 4 am. Mitchell runs Mayday Mummy, an emergency nanny service on the north shore of Sydney.

“The phone absolutely does ring and early in the morning. It’s ad-hoc emergency, last minute. We’re not a permanent nanny solution. I would only have anyone on the Mayday Mummy team that I would feel comfortable in my own home, looking after my own family,” she says.

The rate is $65 per hour. Mitchell acknowledges most parents may not earn enough to cover the minimum three-hour call-out fee, however they are available if something goes pear-shaped and parents need somebody to step in. She adds that there is more than enough work for her company and welcomes competition.

“If there are other people out there that can support families in these difficult situations. I say absolutely. You know, please help because there’s so much need out there.”

“They know that when a phone call comes in, at midday, the Panadol is worn off,” she said.

“I was speaking to a daycare centre, it was a while ago, and they actually stopped parents providing the babies’ bottles made up because they found that some parents were actually putting Panadol and Nurofen into the baby’s bottle knowing that they would then have an extra dose of Panadol and Nurofen. At lunchtime in their bottle.”

Dr Lachlan Macarthur, a GP at Mona Vale Medical Centre, says one of the benefits of having children spend time around lots of different children is that they become exposed to a wide variety of common viruses. The immune system is then able to create a response, allowing immunity to increase for a period of time.

“Like a great many other families with whom I have worked, my daughter had a number of illnesses this year, including COVID19 in February and Influenza A in June, this year,” he says.

Macarthur advises that the frustration or concern with shifting around work roles pales in the face of a seriously unwell child.

“I understand that it can be difficult to adapt pre-planned schedules and work commitments when one’s child is unwell. I am lucky to work in a profession that allows, perhaps a greater level of flexibility when it comes to taking carer’s leave.”

But for Maine, who has been taking her children to daycare for the past five years, the battle will continue.

“So I just kind of put up with it and pay the fee instead of fighting it,” she says.

“Even a discount would be appreciated.”