Meghan Markle’s understated, yet stunning wedding dress designed by Givenchy’s Clare Waight Keller reportedly cost £200,000 – far beyond the reach of those without a royal budget.

While few of us can afford a custom-made designer gown, the high street is already offering affordable versions of the elegant piece starting from as little as £35 from Missguided.

The simple design of Meghan’s dress means it’s not difficult to find replicas from purse-friendly brands, while the designer bargain site The Outnet is selling an asymmetric Badgley Mischka gown similar to Meghan’s for £195.

Meanwhile popular brand Alexis is selling a near-identical version, with the addition of slits on the legs and sleeves, for just £125, reduced from £250.

Here we reveal the best copycat versions of Meghan’s dress that can be found online and on the high street. 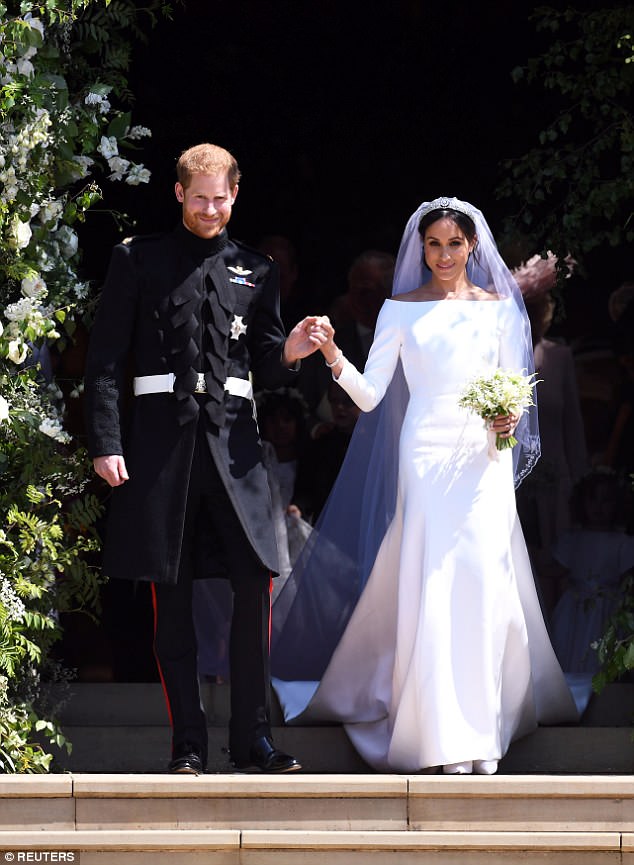 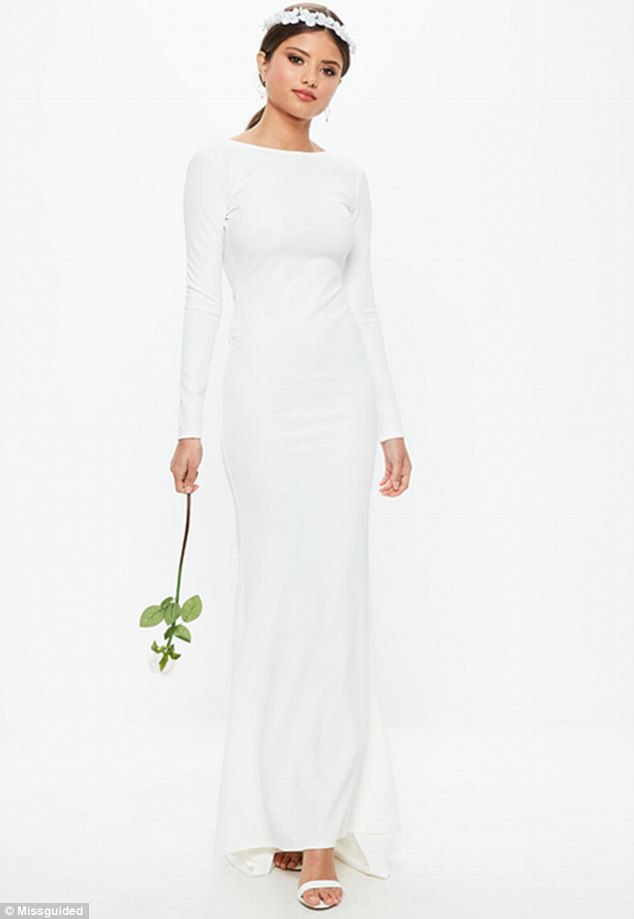 The high street is offering affordable versions of the elegant piece starting from as little as £35 from Missguided, seen here

For her wedding on Saturday, the bride enlisted the service of two of the most sought after designer’s in the fashion world – Clare Waight Keller of Givenchy and Stella McCartney to create her bridal and evening gowns.

For the evening party, fellow British designer Stella McCartney created a backless, halterneck gown in pure white for Meghan – estimated to have cost £80,000. 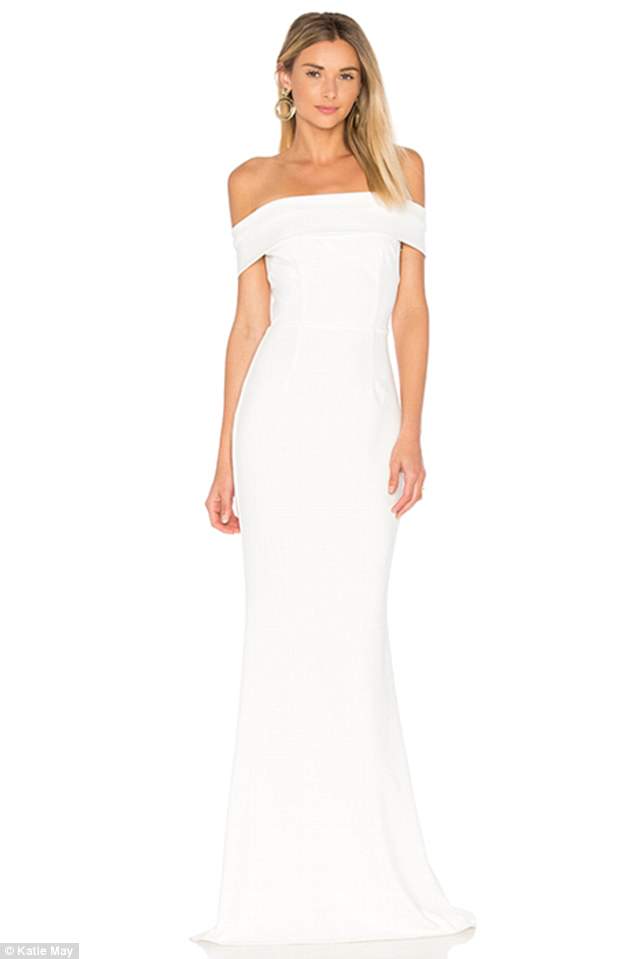 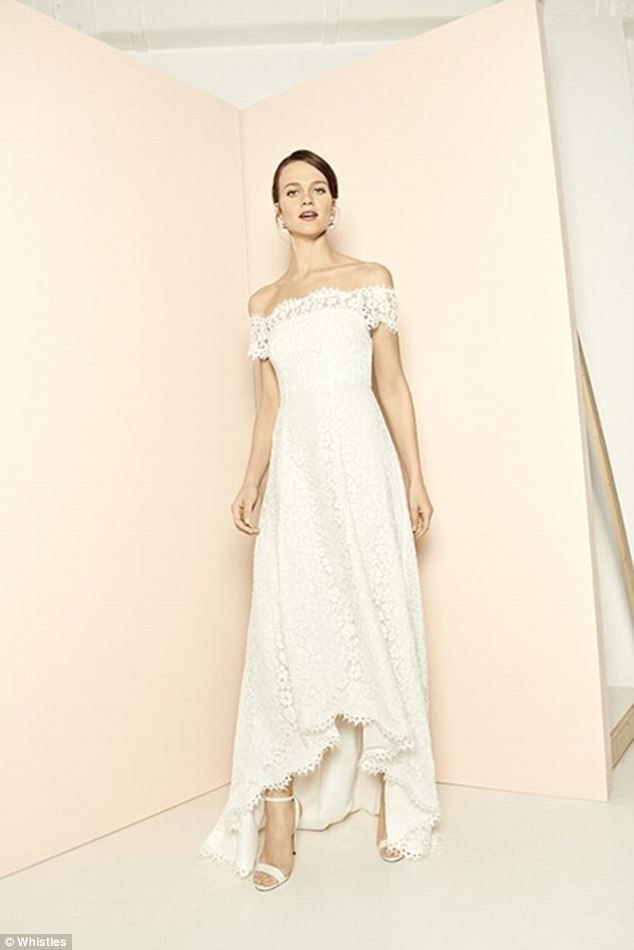 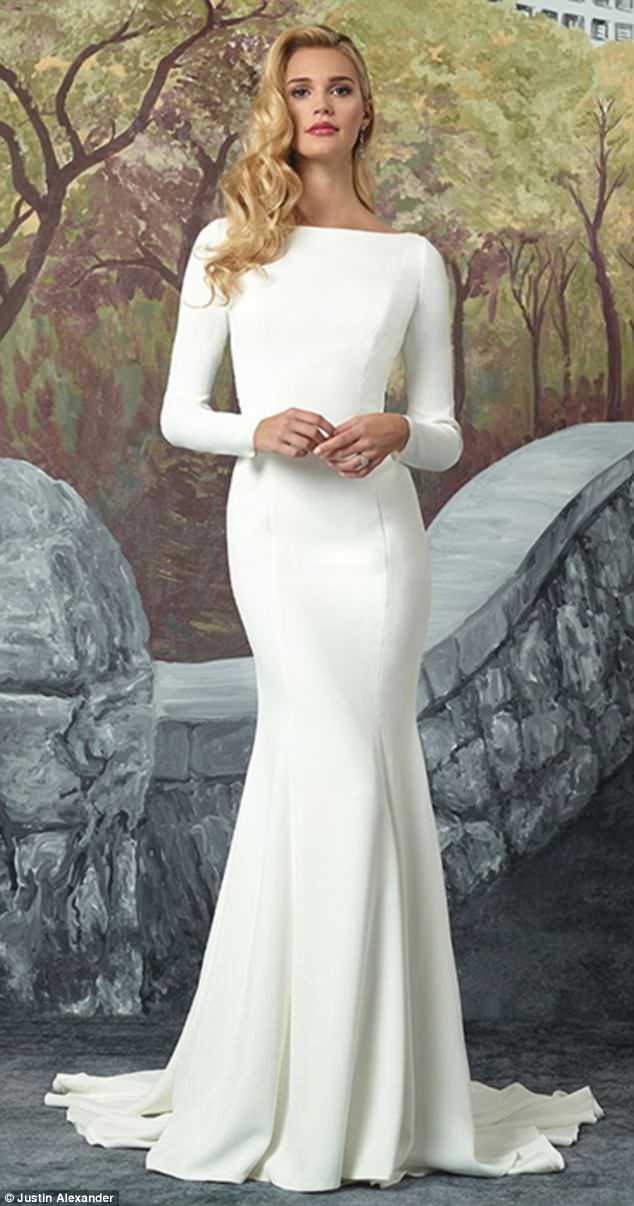 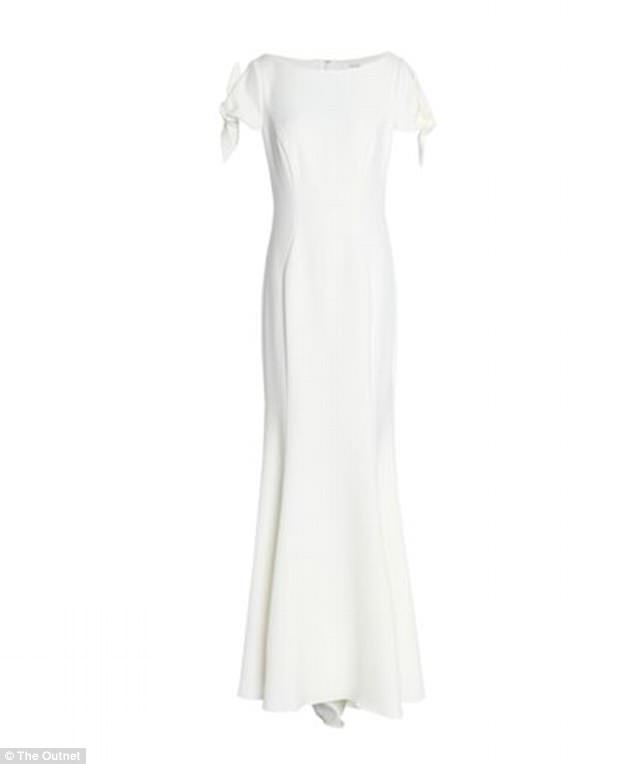 For those favouring short sleeves, the Outnet  is offering a similar cut of the dress at £497-  more than half the original price 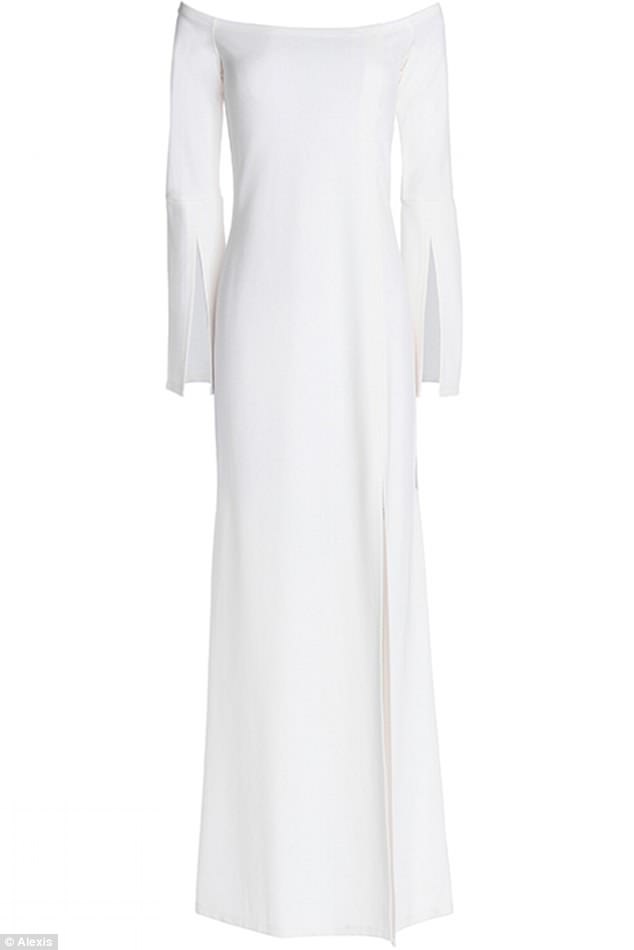 And popular brand Alexis is selling a near-identical version, with the addition of slits to the leg and sleeves, for just £125, reduced from £250 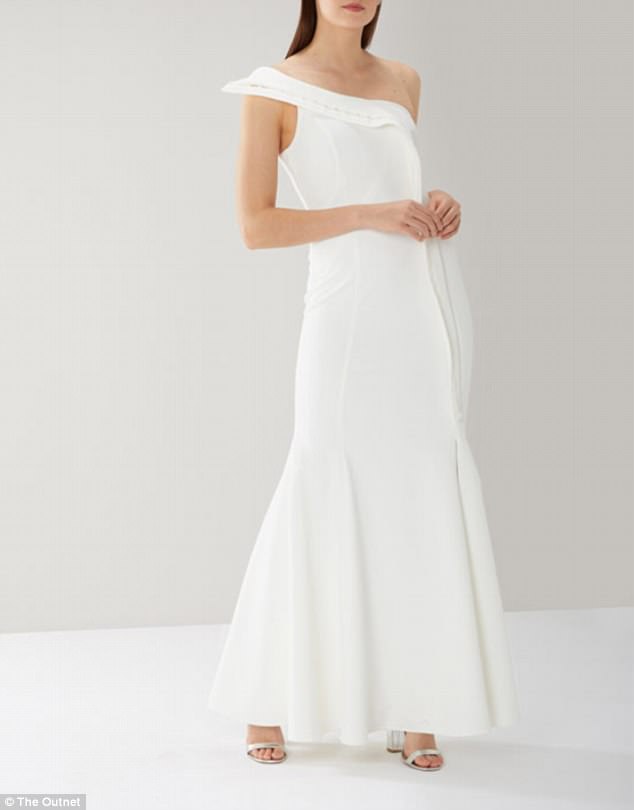 Designer bargain site The Outnet selling an asymmetrical version for £195, with a pretty fishtail skirt

How much did Meghan’s wedding dress cost?

Celebrity stylist Lucas Armitage told Femail that a dress like Meghan’s is likely to cost in the region of £200,000.

‘A whole team would be dedicated to every detail of the dress, the fabric, the pattern, the toiles all working in tandem to create the effortlessly chic piece,’ he xplained.

‘Don’t underestimate its understated veneer, every stitch and every seam will have been meticulously planned to perfection to give it the perfect regal aesthetic.

‘I predict it will have cost around the £200K mark for such a couture approach to bridal.’ 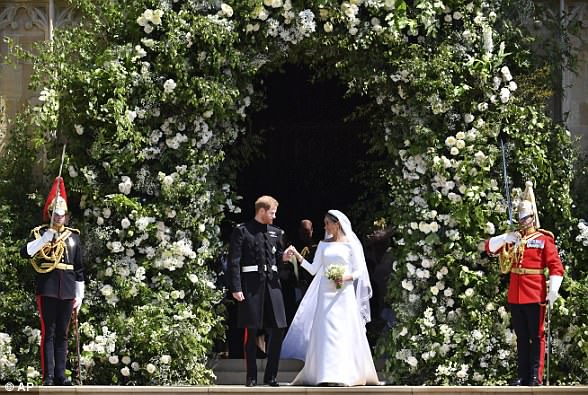 Celebrity stylist Lucas Armitage told Femail that a dress like Meghan’s is likely to cost in the region of £200,000