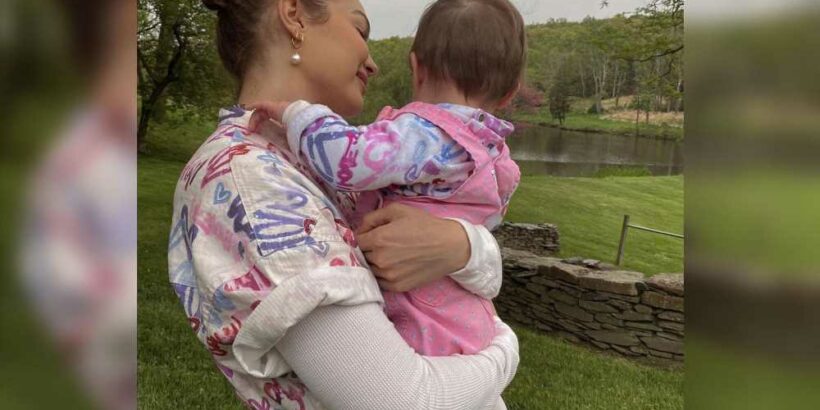 Gigi and Bella Hadid, other celebs express support for the Palestinians

Gigi Hadid has found her mini-me in daughter Khai.

The model, 26, posted a slew of new, never-before-seen photos on her Instagram Friday, one of which featured a sweet matching moment between mom and baby.

It’s no surprise that Gigi would gravitate to the jumpsuit; in July 2020, shortly after announcing that she was pregnant with her first child with boyfriend Zayn Malik, the catwalker revealed that she had relied on a similar Isabel Marant onesie to hide her baby bump, crediting angles and the “baggy” look for creating an “optical illusion.”

Baby Khai is already shaping up to be a style star in her own right; Gigi recently showed off her miniature Versace tracksuit on social media, and often posts snaps of her adorable wardrobe.