Glamour model claims to have the UK’s biggest breasts after spending £40,000 to get them to a 34NN – and says she wants to make them even BIGGER

A glamour model claiming she has the biggest breasts in the UK after spending £40,000 on her prized pair of 34NNs reveals she had plan to make them bigger despite medical advice.

Nicki Valentina Rose, 26, from London, has always been fascinated by women with big breasts and had her first implants when she was just 21-years-old.

Following several more augmentations Nicki has now gone from a 32B to 34NN.

As a teenager she also suffered cruel comments from her high school bullies calling her ‘big nose’ and has since paid £20,000 on three nose jobs. 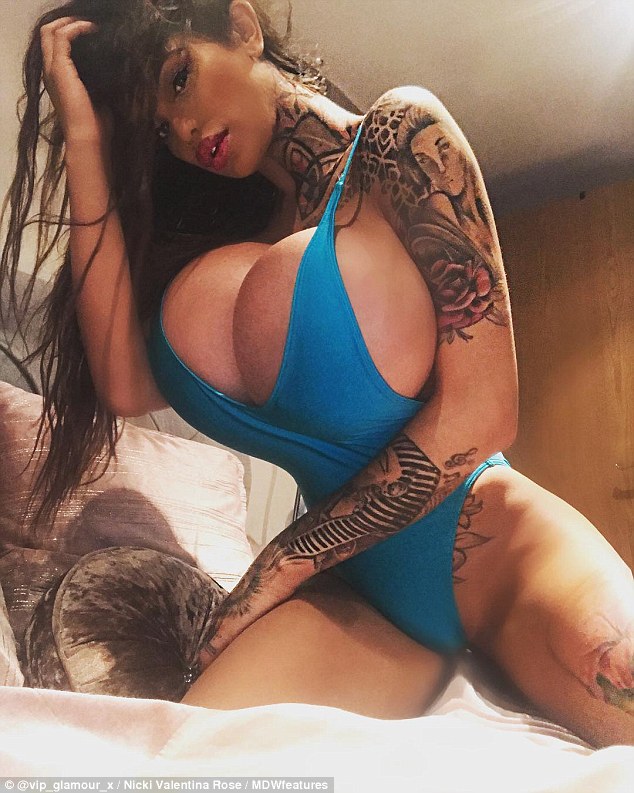 Glamour model Nicki Valentina Rose has spent £40,000 transforming her 32B breasts into a 34NN and now claims to have Britain’s biggest boobs

Her drastic transformation landed her first modelling shoot through Instagram which set off her career as a glamour model.

Nicki admits that her new look does cause some discomfort when driving or sleeping and she now has to lie down on her chest to feel at ease.

Despite her doctor warning her that her health is at risk, including back pain and chronic tiredness, Nicki insists she wants to have another breast augmentation from her current 3250cc to a staggering 5000cc breast implant volume. 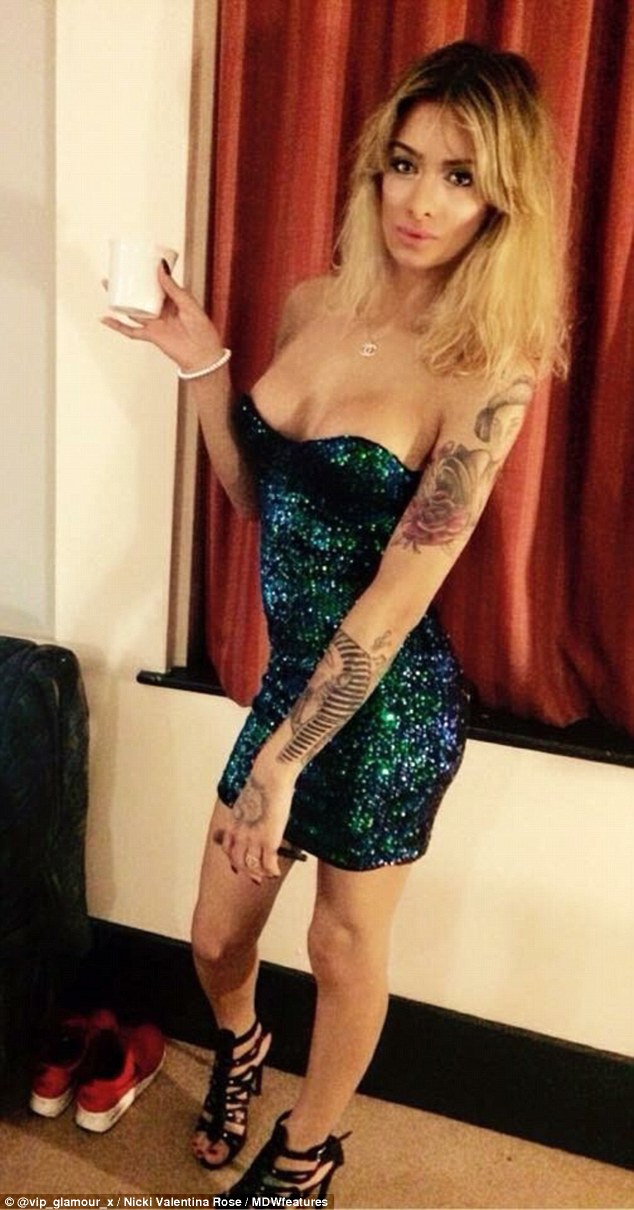 Nicki (pictured before her surgery) previously received cruel comments about her nose in high school and opted to have £20,000 surgery on that too 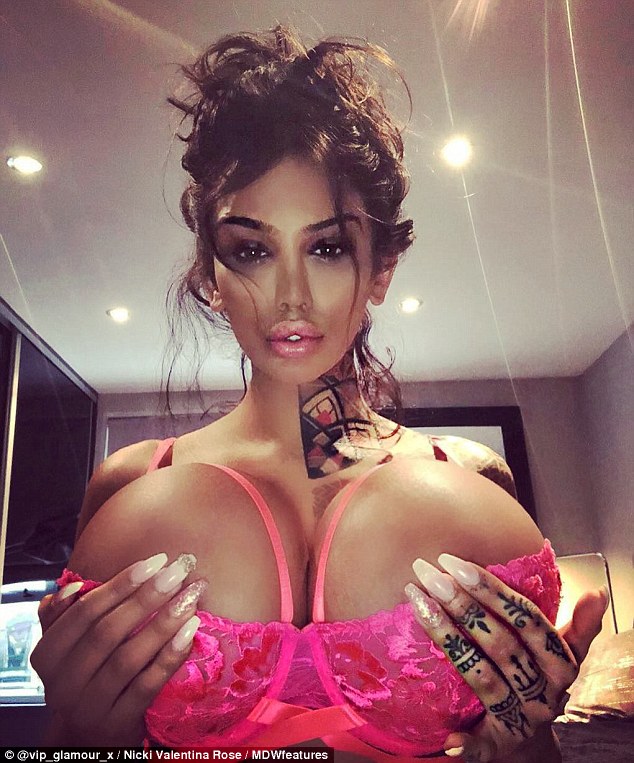 Despite doctors warning against it, Nicki admits she wants to make her breasts even bigger and also has plans for surgery on her bum as well as having her ribs removed

She says she now feels happy with her look and more confident. Her breasts are now bigger than her idol Lolo Ferrari’s who was dubbed the woman with the biggest pair in the world in the year 2000.

‘It makes me happier when I have big boobs – it’s something I’ve always wanted since I was really young,’ Nicki said.

‘I have largest implants and the largest breasts in this country.

‘But they do get in the way of me doing stuff in the car or shaving my armpits. My implants come outwards into my armpits, so I can’t see them when I shave. 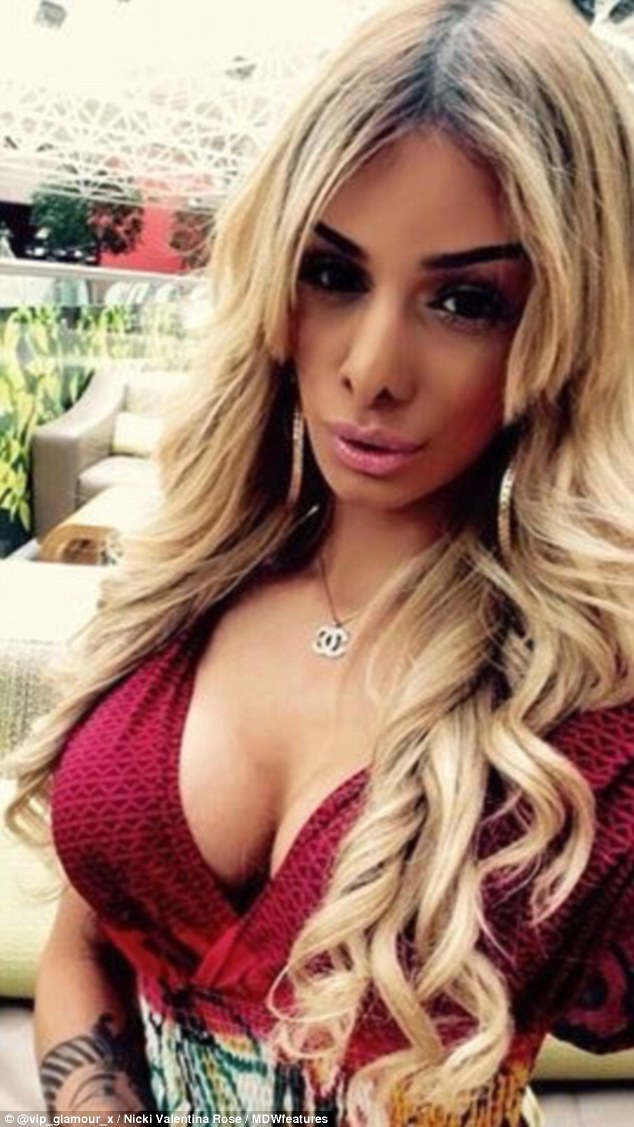 The model (pictured before surgery) says that she is far more confident since having work done with her surgery costs amounting to £68,000

‘I just float on them when I sleep because it’s quite relaxing. It’s like sleeping on a big pillow underneath me. If I keep them on my back, it’s too much weight bearing down on my chest.

‘When I sleep on my back it feels like someone is sitting on me, so I sleep on my front because it’s so much easier and comfortable.’ 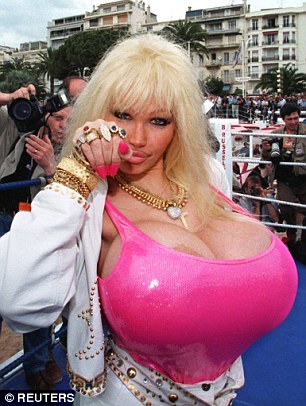 She continued: ‘I felt like I was plain and simple before the plastic surgery; I was boring and just blended in – I wanted to stand out, just be happy and have more confidence.

‘I get mixed reactions from my friends; some think I’m crazy and some are happy for me because I’m happy.

‘Strangers look shocked by my look because they’ve never seen big boobs, and everyone asks to take a picture – which can be annoying.

‘I always get people staring taking pictures that I can’t even go to the shop without someone wanting to take a picture.

‘My obsession came from Lolo Ferrari; the first time I saw her, I wanted big boobs and I knew it was a big decision, so took me a while to achieve it.

‘I have been warned that it could cause me some serious back issues, so my plastic surgeon tells me to work on my back muscles. My doctor has told me that my body structure is at risk.

‘Doctors say that I will get very tired, very lazy, which will mean I will put a lot of weight on, and that this could result in me getting fat.’ 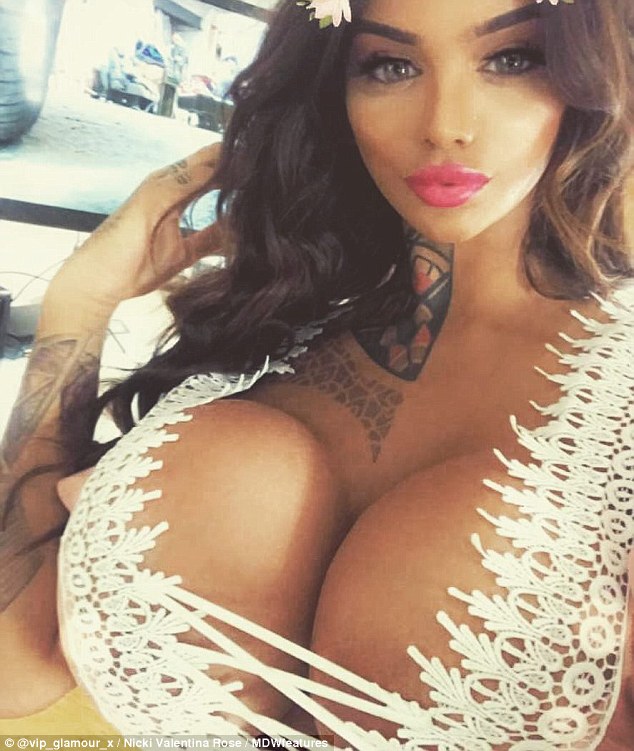 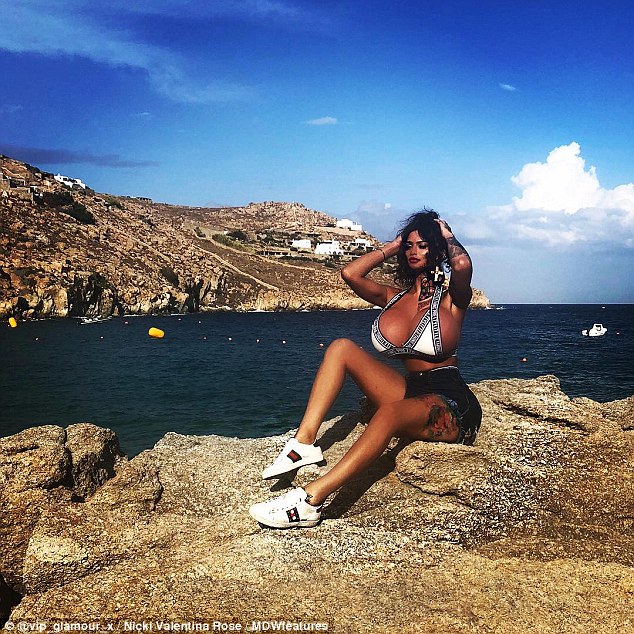 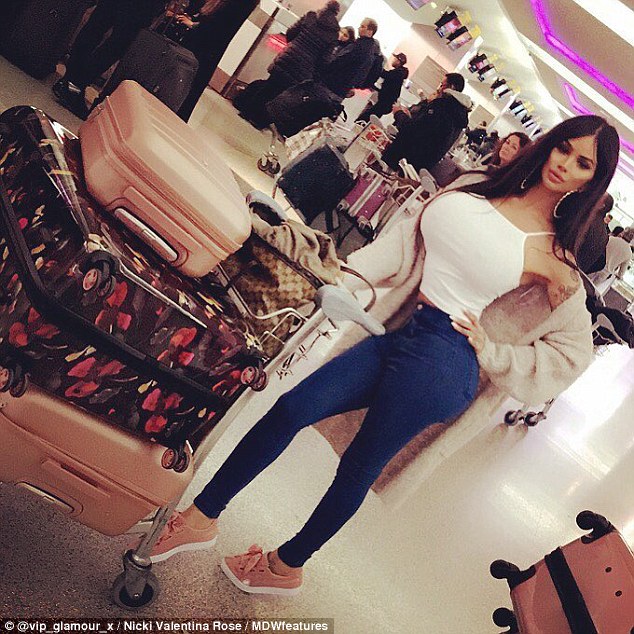 Nicki explains that she has felt insecure about her nose and because of this, she has had three nose jobs.

‘I always had an issue with my nose, so I’ve had three nose jobs; it was big before and people used to call me ‘big nose’,’ she said.

‘I had comments like ‘big nose’, ‘c*** nose’ but now I love my nose and I’m much happier. I don’t really have an addiction to surgery, I just want to do it for myself.

‘On Instagram someone sent me a message wanting to shoot me after I had my first boob job and it my modelling career has taken off ever since.

‘Now I want a bigger bum, even bigger breasts and maybe my have my ribs removed.

‘If you’re unhappy about something and want to change anything about yourself – go do it if it’s going to make you happy but remember beauty truly comes within.’