In Circa’s Humans, 10 performers climb atop one another, twisting their bodies into sculptural shapes. They play out themes of love, lust, jealousy and madness, reaching beyond binary gender stereotypes as each of them alternates between strength and vulnerability.

“The interesting thing about circus is you come out having held everyone and having been held by everyone; there’s this gift of weight,” says artistic director Yaron Lifschitz, who has helmed the Brisbane-based circus company for 20 years.

“At the same time, you come out with everyone’s underarms having been smeared all over you, literally drenched in everyone’s dead skin and sweat-gland produce. It’s a glandular connection. 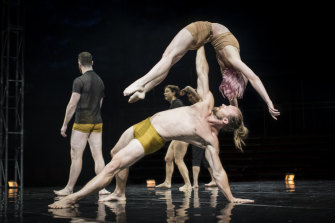 Circus is about the ‘gift of weight’, says Lifschitz.Credit:Pedro Greig

“It’s everything from deeply enticing to really horrific. A bit like being a human; there’s no way to dress it up."

Lifschitz sees a deep connection between the viscerality of circus and the challenges we share as humans.

"I remember when my son was born, and I had all this terror about what it would be like to have a child," he says. "Then they hand you this little lump of actualness, and you have to take it, and it’s pooping and crying and sleeping."

You come out … literally drenched in everyone’s dead skin and sweat-gland produce. It’s a glandular connection.

In circus, as in life, "we get on with it", he says. "Circa is a very practical company. We spend remarkably little time talking about what it means, and a large amount of time working out how to do it and make it better."

Humans continues to evolve since it debuted almost three years ago at the Sydney Festival. After touring Britain, Belgium, Italy, France, Hungary, Romania, the US and beyond, the show comes to Arts Centre Melbourne this month. 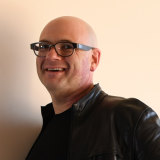 “Keeping the vulnerability alive is a constant challenge,” Lifschitz says, “because as you gain competencies, sometimes you lose vulnerability.”

Some admiring reviewers of Circa say its works encompass elements of modern dance. Is circus perceived in Australia more as entertainment than an art form?

“I think that’s true, and Circa and a bunch of companies that have come along with us are working to change that,” says Lifschitz.

However, he doesn't think the distinction between high- and low-brow is necessarily helpful.

“In France, circus has to be poetic, and it’s excruciatingly boring. I’d much rather see entertaining Australian circus than poetic, death-warmed-up or cooled down French circus.”

We spend remarkably little time talking about what it means, and a large amount of time working out how to do it and make it better.

Circa's contemporary approach has earnt it increased clout and funding certainty after the company was awarded major performing arts status in October. 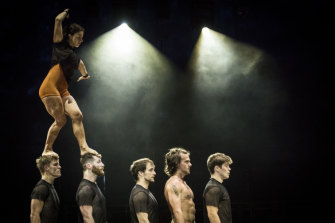 Circa’s ‘Humans’, which has toured Australia and the world, comes to Melbourne for the first time this month.Credit:Pedro Greig

For years, Lifschitz criticised the Australia Council’s funding structures: in a 2017 address to Currency House, he slammed the system as a “protectorate of the privileged”.

“After that speech, Circa got accused of just wanting to be a major performing arts company,” he says. “[But] I wanted to be a part of a system that said we could be promoted on merit. I like to fight on a fair, open playing field. The fact there were 28 companies [classed as major] just because they were there always struck me as deeply unfair.” 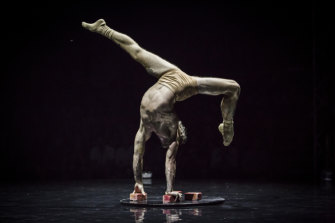 Lifschitz puts the change in status down to "luck and timing".

"We’ve worked tirelessly for 20 years – but so has almost everyone in the arts," he says.

"And we had a very sympathetic, supportive and powerfully committed [state] minister in Arts Queensland. There was a groundswell for practical change. Queensland argued it should be us, and the federal and state governments agreed.” 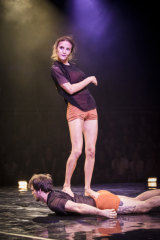 The company’s approach to the form combines elements of contemporary dance.Credit:Pedro Greig

More than 700 industry figures signed an open letter to cultural ministers in October, unsuccessfully calling on them to withhold their endorsement of the recently revised major performing arts framework. The Australian Major Performing Arts Group of companies issued a response calling for unity.

“I wasn’t a signatory to that letter because I didn’t agree with it, and that was before [Circa’s] funding announcement, which wasn’t expected,” says Lifschitz.

“The challenge with the MPAs is making them contestable, and that’s one of the things the letter missed out: the MPAs will now have a set of criteria that other companies will be able to contest, which hasn’t been the case [before now].

“There’s been a very major change and while [the system] is far, far from perfect, it’s significantly better than it has been.

"The real problem is there’s not enough funding for the arts.”

Humans is at Arts Centre Melbourne from November 27 to 30.