A Good Morning Britain guest has been blasted for ‘double standards’ by viewers, after suggesting performances by male strippers like those seen on the Britain’s Got Talent final are fine – because women aren’t aroused by their routines.

Journalist Rebecca Reid argued that women find male strippers ‘hilarious’ when watching them at hen parties or in films like Magic Mike.

Piers Morgan said suggesting women aren’t aroused by male strippers was ‘poppycock’, and was backed up by viewers who took to Twitter to insist Reid’s argument revealed a clear double standard. 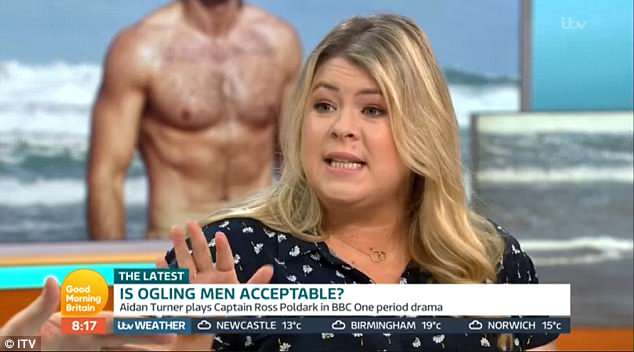 The debate came after male strippers from the stage show inspired by hit movie Magic Mike performed on the Britain’s Got Talent final, leading to criticism from some viewers, who said the performance was inappropriate on a family show.

Reid said scantily-clad women often appear on the talent show without raising eyebrows among audiences, and argued that male strippers are usually taken as humourous and inoffensive.

‘Those places are intended to arouse.

‘I had a stripper at my hen do, against my wishes, it was hilarious but couldn’t have been less sexy. The intention was not meant to be arouse.’ Viewers slammed Reid’s arguments, with many tweeting she had ‘double standards’

Piers Morgan didn’t accept her argument, disagreeing with her suggestion that women are not turned on by male strippers.

He fired back: ‘So… women go and watch things like Magic Mike and have no sexual feelings whatsoever as they gyrate with their big muscles? What a load of poppycock.’

But Reid insisted that women wouldn’t be aroused when surrounded by their friends or family members when seeing the shows.

‘If you can be aroused with thousands of people all watching with their mums and their sisters you’re a better woman than I am,’ she continued. 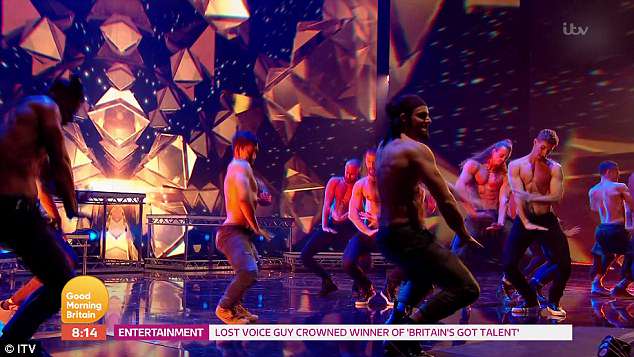 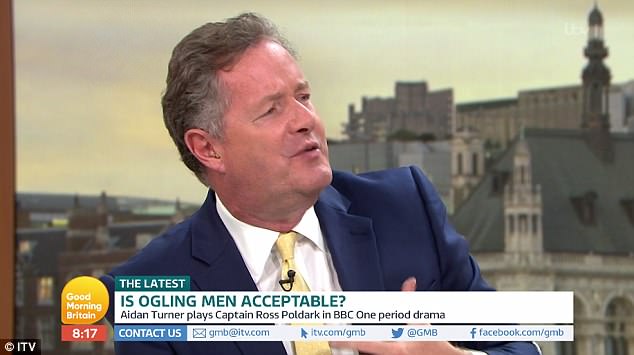 Viewers sided with Piers, and took to Twitter to slam the ‘double standard’ in Reid’s argument.

One tweeted: ‘Piers is spot on. If that magic mike routine was a bunch of scantily clad women there would be mass outrage.’

‘So it’s ok to ogle men because they strip for fun!!!! What pc nonsense susanna & the female panelists,’ another posted.