A teacher who started dating an accountant purely for his money discovered she actually loved him and now they are engaged despite her mother vowing never to meet him.

Early childhood educator, Anna Fuller, 23, from Ontario first met accountant, Rob Hunter, 47, at a bar while she was out for her 17th birthday and admits that to begin with, ‘it was about money’.

But after getting to know him, Anna developed ‘serious feelings’ for Rob and was impressed by the way he supported her with all her issues and problems, and let her be herself.

They have now been together six years and Anna accepted when Rob popped the question while they were on holiday in Mexico earlier this month. 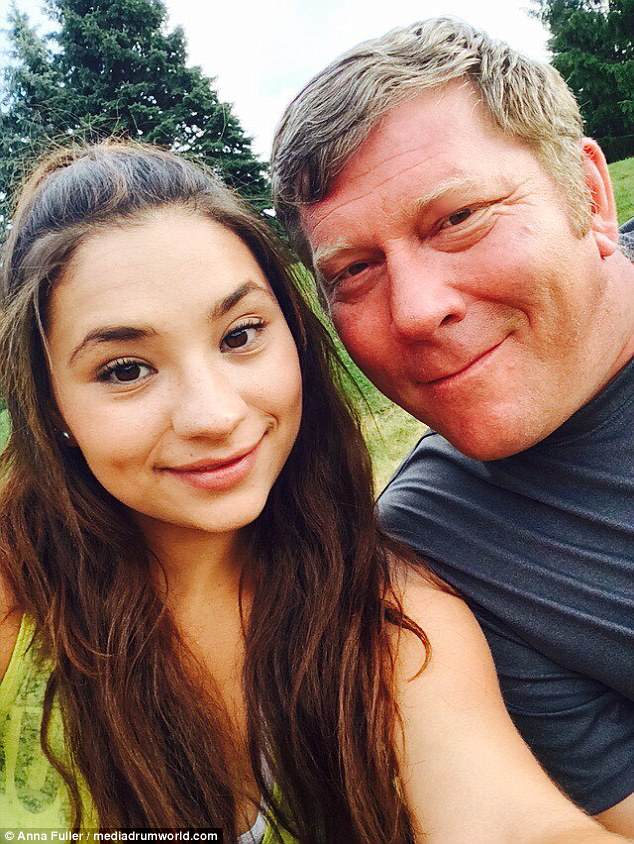 Anna Fuller, 23, from Ontario is engaged to Rob Hunter, 47, after initially starting to date him just for his money 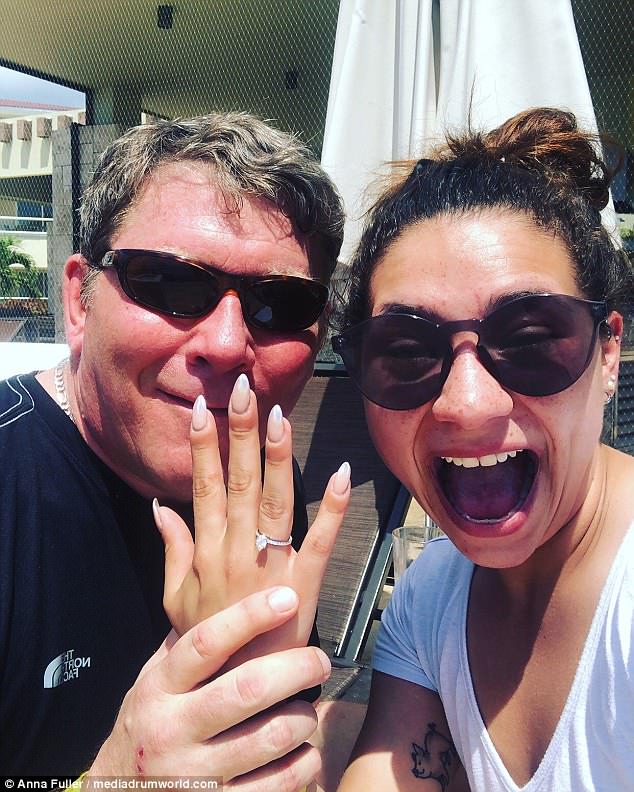 The happy couple became engaged on holiday in Mexico earlier this month, but they are not planning to walk down the aisle for a few years

‘The night I was out for my birthday and he was out with his friend for the weekend, we met outside a bar – I told him I was 18,’ Anna recalled of their first meeting.

‘At first it was about the money for me, as I was a young teenager who grew up in a pretty low-class family and I was used to being spoiled and getting whatever, I wanted regardless, so in my head the thought of an older man with security fit the bill – no pun intended.

‘After getting to know him, I decided I had serious feelings for him too and I think it was mainly because he let me be the loud, obnoxious teenager I was and accepted that about me; dealing with all my issues and problems like they were his.

‘He really cared, and he did everything in his power to show me that. I think what attracted him to me was my ability to always be able to have fun, I was super energetic and loud and funny. 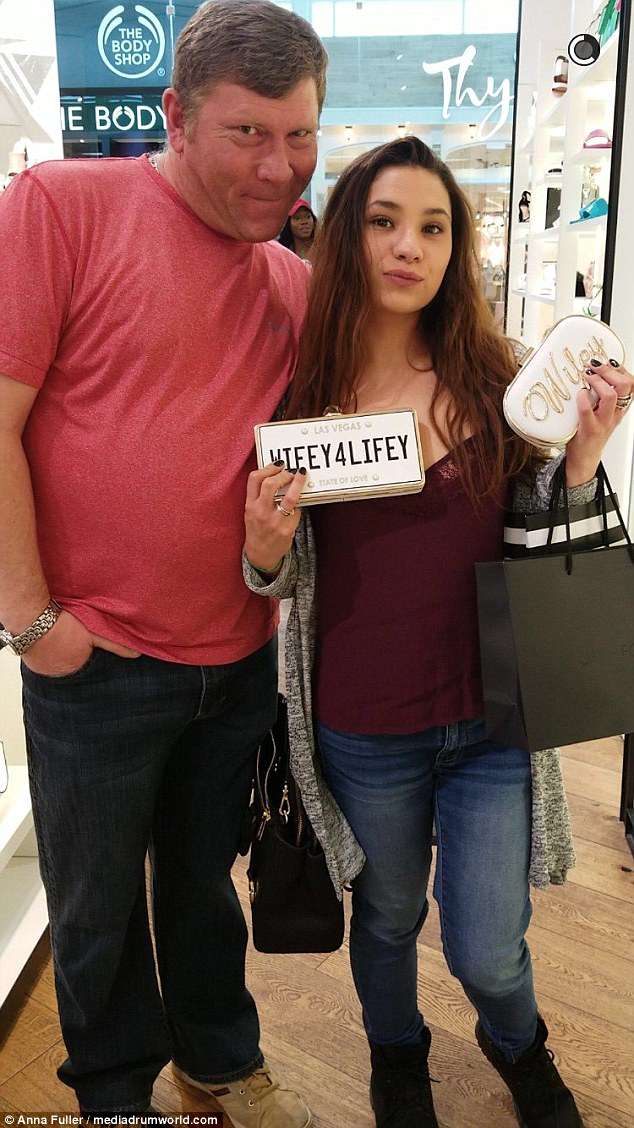 Age is just a number! Despite their age gap of 24 years Rob and Anna are happily engaged 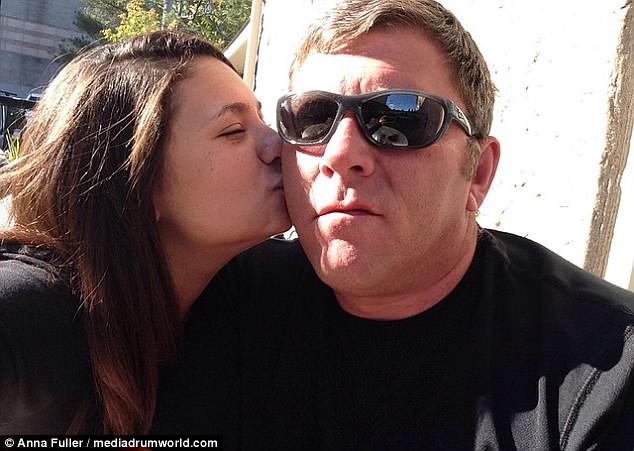 Despite being initially attracted to the money and stability offered by an older man, Anna soon fell for Rob’s caring personality

‘Not to mention I was also much younger which at the start of our relationship I’m sure had an impact.

‘Although we do plan to get married one day – years from now not in the near future – we don’t plan on having children together he has two of his own, while I have five siblings and work with young children.

‘I also like to spoil and spend money on myself a lot, so I just don’t feel like kids are on the cards for me in general, or for us and our relationship.

‘Rob has two kids of his own and we get along. They’re teenagers so they’re kind of in the stage of doing their own thing now. I met them after eight months of dating Rob.’ 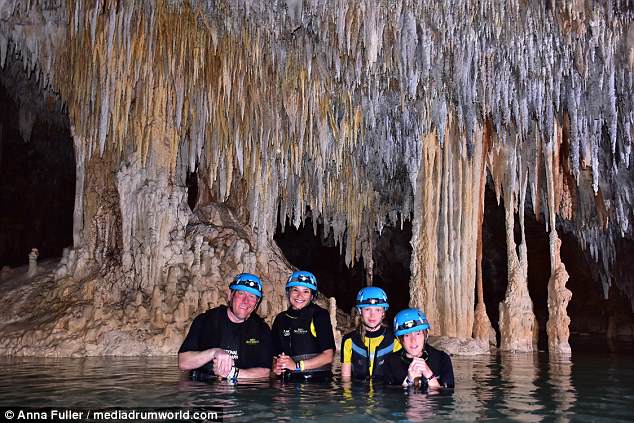 Anna, Rob and his teenaged children on holiday in Cancun, Mexico. The youngsters have accepted Anna as part of the family 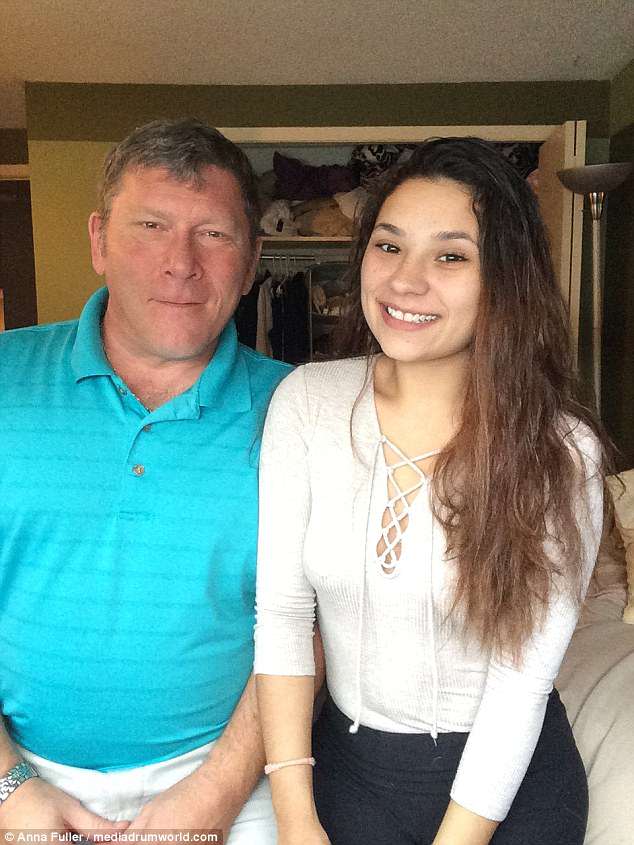 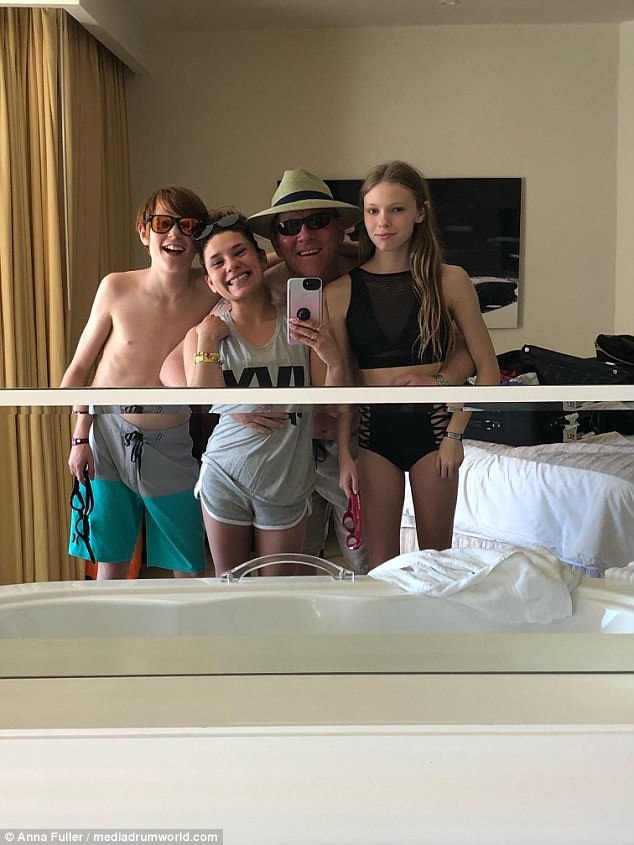 Despite the approval of Rob’s teenage children (pictured) and Anna’s late grandmother, the rest of her family have not been so supportive of the relationship

Coming from a close-knit family, Anna says the most difficult part of her relationship with Rob was when she moved in with him, as she is now four hours away from her home.

‘Personally, the age gap hasn’t affected me that much. I moved out three months after meeting Rob and stayed in my town for three years and then moved to his town four hours away,’ she said.

‘It affects me in the sense that I miss my family because I come from a big very close-knit family. For Rob not much has changed – other than he has a built-in maid now.

‘At first my family lost their minds. They were livid and the only person I had that accepted us from the start was my grandma and she passed away in January 2016. 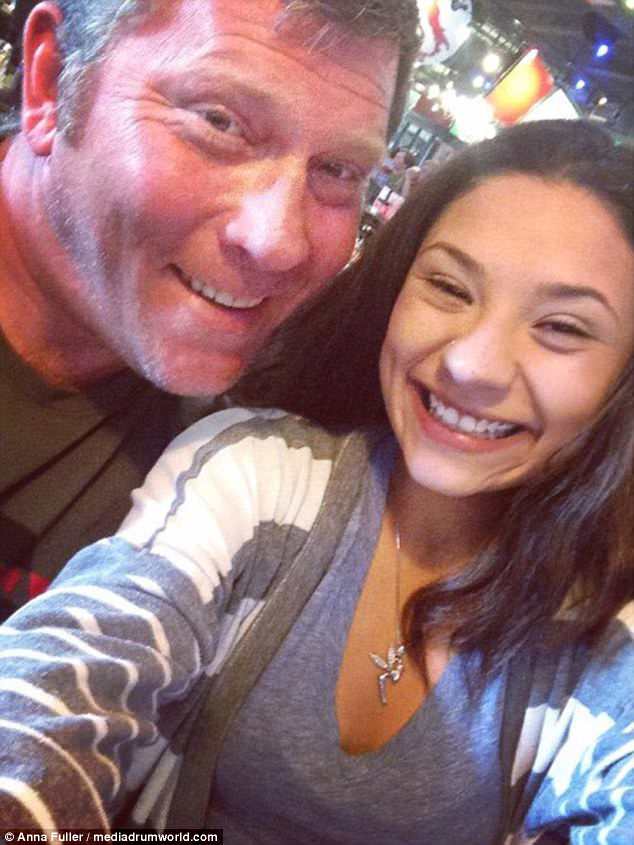 ‘As of 2018 most of my family have come to be very accepting and supportive of our relationship. My mother still has never spoken to or met Rob and doesn’t have any intention to.

‘His family was a bit worried at first, but that quickly went away after actually meeting me. The only thing there is Rob’s brother and his brother’s wife can’t stand me.

‘Since we have gotten engaged – as of May this year. My whole family, except my mother and step dad, have been very supportive same with Rob’s family as well.

‘Our problems mainly consist of Rob not doing the laundry or dishes after I work nine-hour days with kids and I get frustrated because of it so I just nag until he does it. 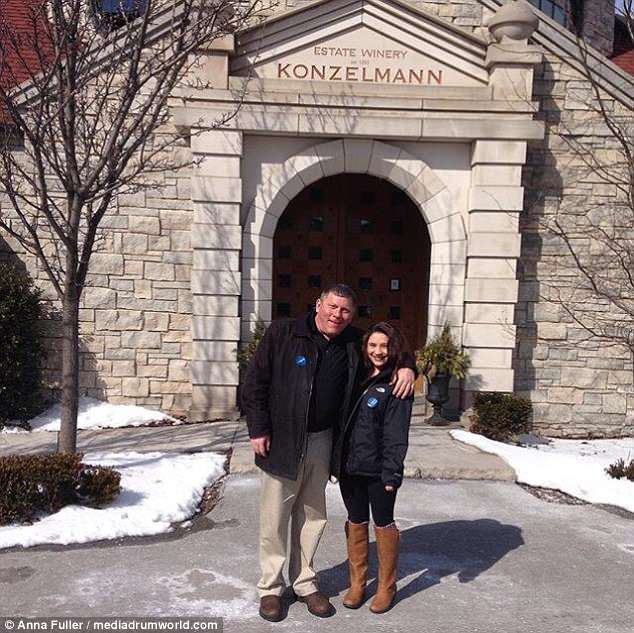 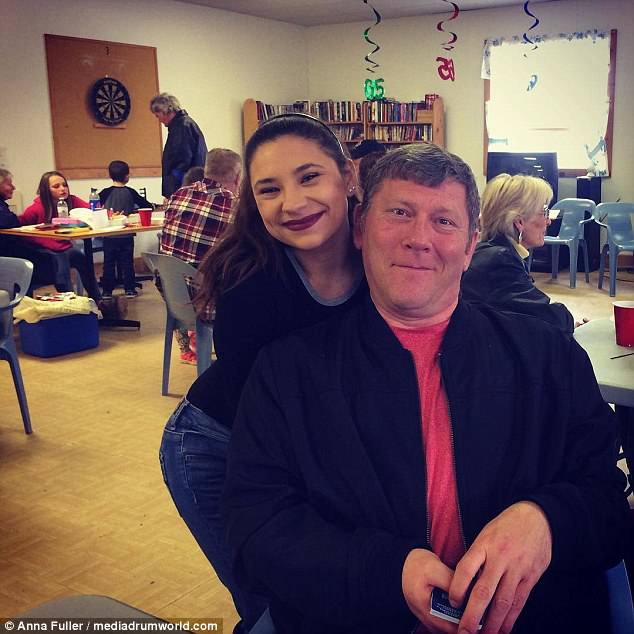 Happy couple! Anna and Rob looking loved up while attending a birthday party. 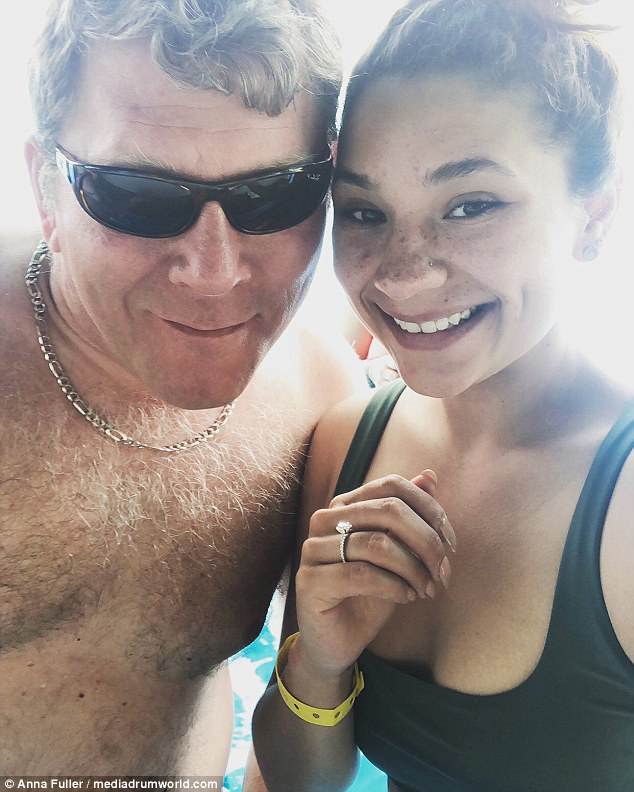 ‘But the biggest problems have been with me not being able to see my family as much as I’d like, and the discipline of his children – I feel he’s too lax he feels I’m too strict.

‘We just talk it out and communicate and hope that we come to a solution everyone’s happy with, if we don’t than that’s okay too as we just have to work around it – we can’t make everyone happy.’

Anna says that sometimes she gets confused for Rob’s daughter when they walk together in public. 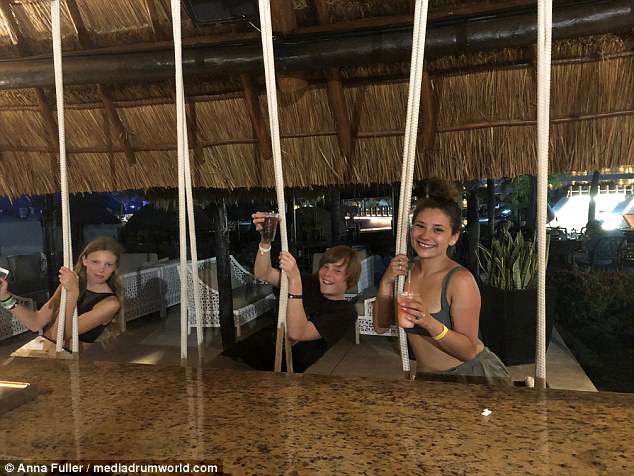 Anna with Rob’s teenaged children on holiday in Cancun, Mexico. The pair sometimes s clash over methods of looking after his children 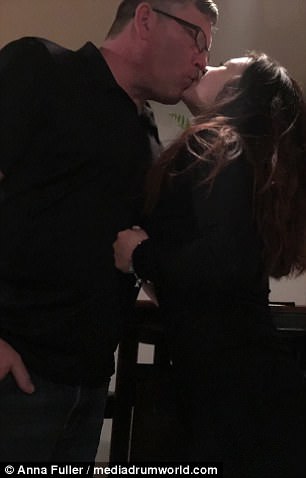 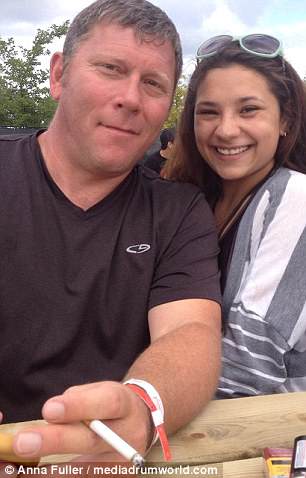 Anna and Rob kiss on their sixth-year anniversary. The pair met in a bar when she was celebrating her 17th birthday

Despite being faced with trolls online making judgements about their relationship, they just ignore them, and Anna assures that not all young spouses are in the relationship for the money.

‘If they see us together face-to-face I just get called his daughter sometimes by mistake – but in person no one has really said anything,’ Anna said.

‘It’s mainly just mean trolls on social media that have negative things to say, other than that we’ve just been told “good for you” or “as long as you’re happy”.

‘The younger spouse isn’t always in it for the money. There are a lot of other factors and situations that play out that make the money not worth it – if a partner has more money, that’s not always the case.’ 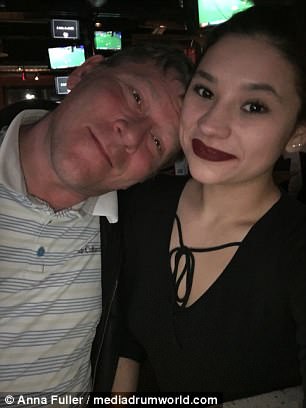 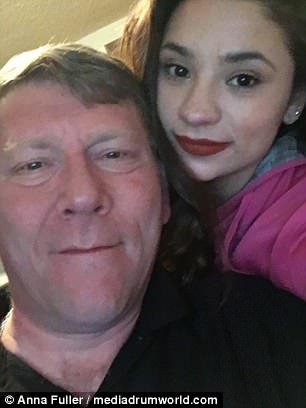 It was love at first sight for Rob but initially Anna was looking for financial security, until she got to know him and fell for his personality