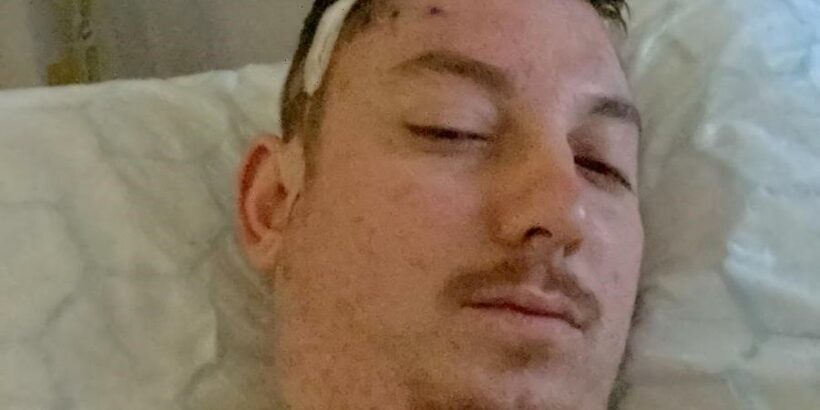 A MAN has been diagnosed with an incurable brain tumour weeks before his first child is due – after being referred to Specsavers by the GP.

Adam Dilley had excruciating migraines and blurred vision for four months before an optician sent him to A&E. 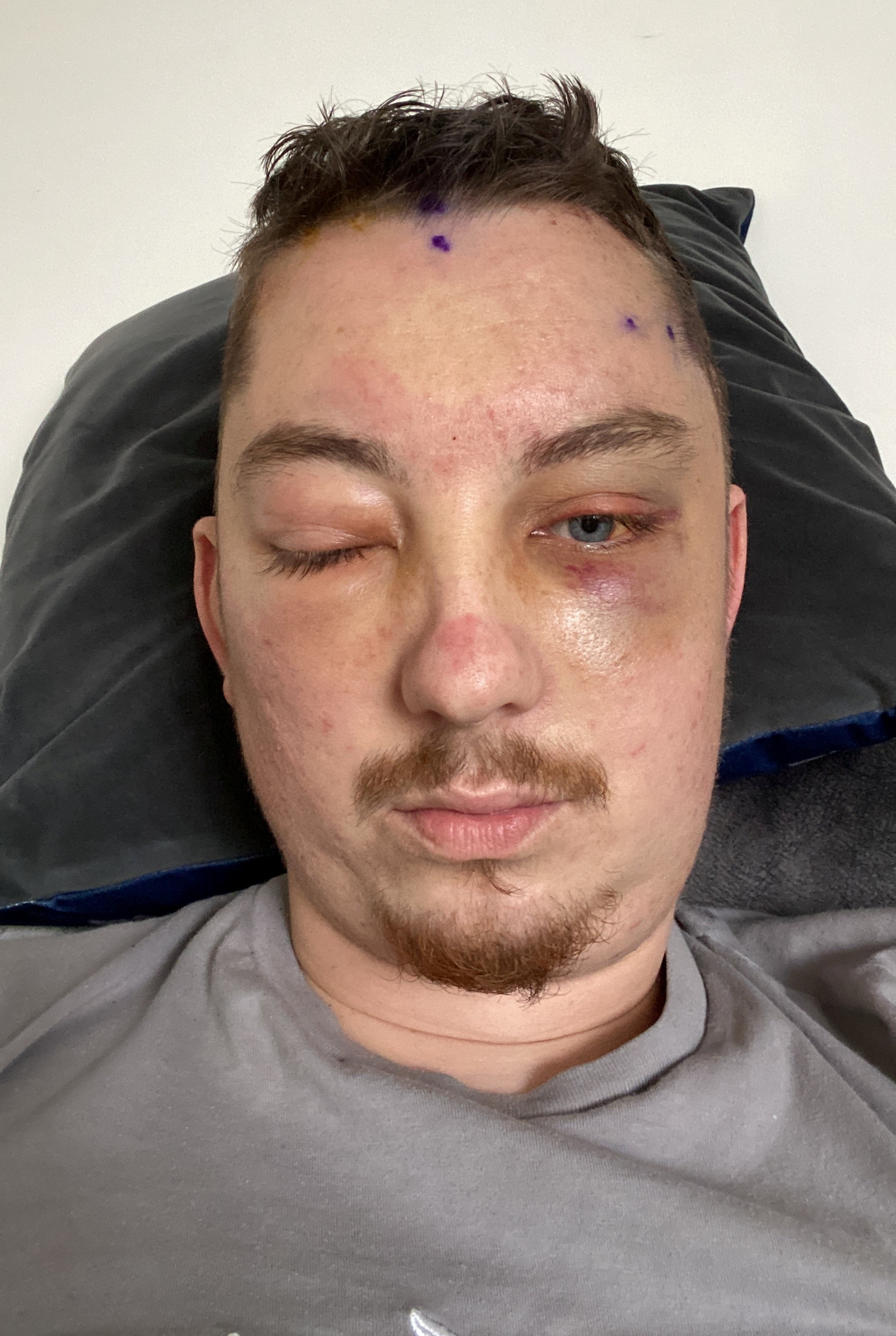 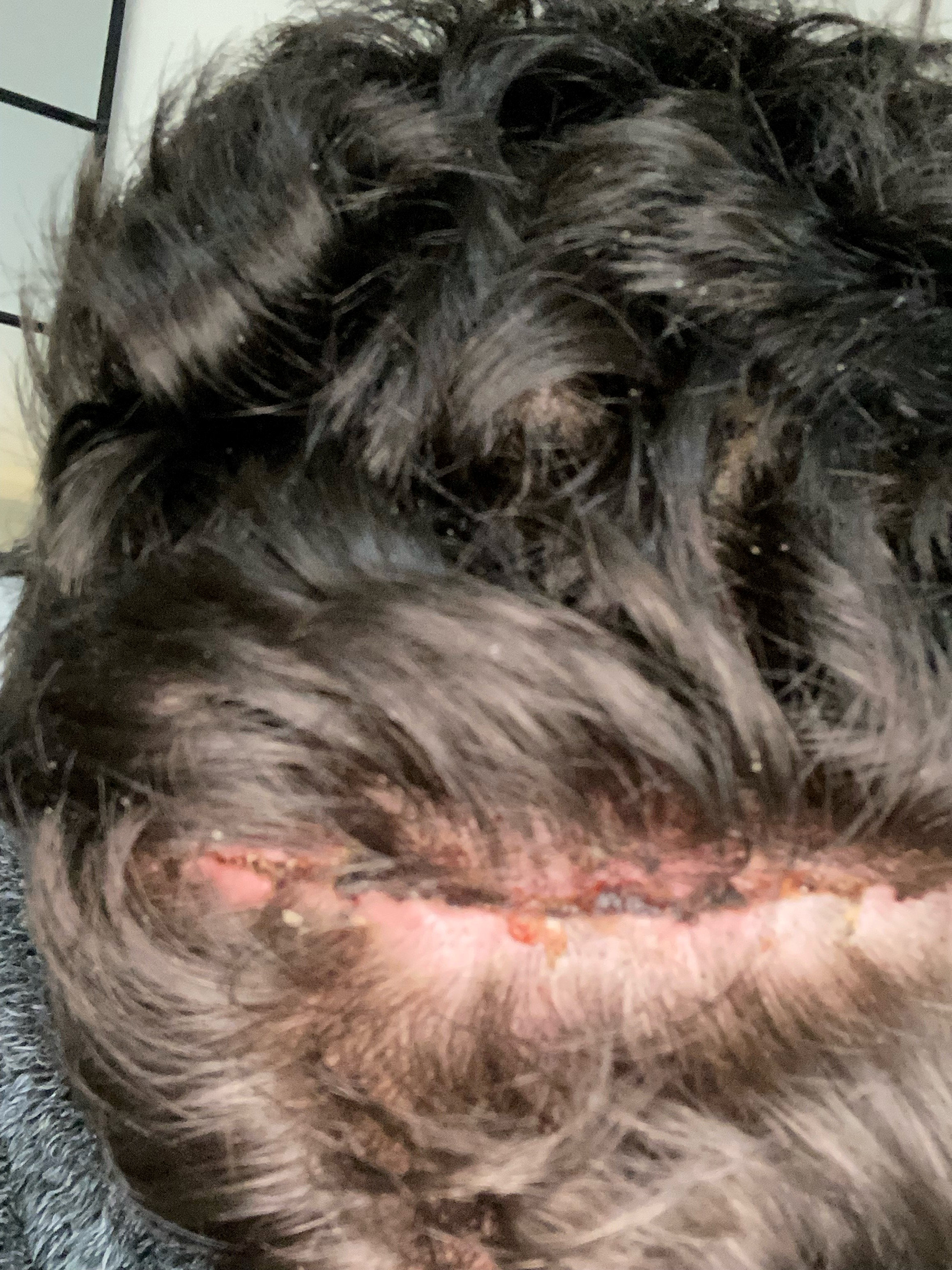 The 30-year-old had been begging for a face-to-face appointment but was refused.

The contractor, whose son is due to be born in December, may not live to see his child start school as he's been given just four years to live.

He said: "I'd called NHS 111, been to hospital and spoken to my GP a number of times and was being treated for sinusitis.

"But as I got increasingly concerned about my symptoms, I kept phoning the surgery insisting on a face-to-face appointment.

"Eventually, the doctor told me to make an appointment with the optician, which I did."

Adam, from Bedford, went to Specsavers on October 7, where the optician was "extremely distressed" to discover a mass behind Adam's left eye and sent him to A&E.

Doctors carried out blood tests, a CT scan and an MRI scan, the results of which revealed Glioblastoma, an aggressive brain tumour.

The average life expectancy for Glioblastoma patients is just 12-18 months, but Adam had an operation on November 1, which removed most of the tumour – meaning he could live for another four years.

Adam is now due to receive a six-week course of radiotherapy and chemotherapy at Addenbrooke's Hospital, Cambridge.

Amid the shock of Adam's diagnosis, he and partner Tasha are preparing for the arrival of their first baby – a little boy – due on 3 December.

Tasha said: "In many ways, the timing couldn't be worse but on the other hand, the baby is giving us something positive to focus on and we're so excited to meet him now.

"My due date is less than two weeks away but we're hoping he arrives early, so Adam gets some time to enjoy him before he starts radiotherapy."

A fundraising page has garnered more than £10,000 to support Adam, Tasha and their son after the diagnosis.

Tasha said: "We've got a mortgage, bills to pay, and a new baby to think about but Adam obviously isn't able to work at the moment and I'm on maternity leave.

"When we discovered that family friends had set up a GoFundMe page to help us out financially, we were so touched and are extremely grateful for every single person who has donated or shared the page to help raise awareness."

Hugh Adams, head of stakeholder relations at Brain Tumour Research said: "We were so sorry to learn that Adam has been diagnosed with an aggressive brain tumour.

"The timing of his diagnosis is particularly cruel, as he and Tasha should be solely focused on the joy of becoming parents at this milestone time in their lives.

"Our thoughts are with Adam as he enters the next stage of his treatment and we wish him and Tasha all the best for the safe arrival of their baby boy." 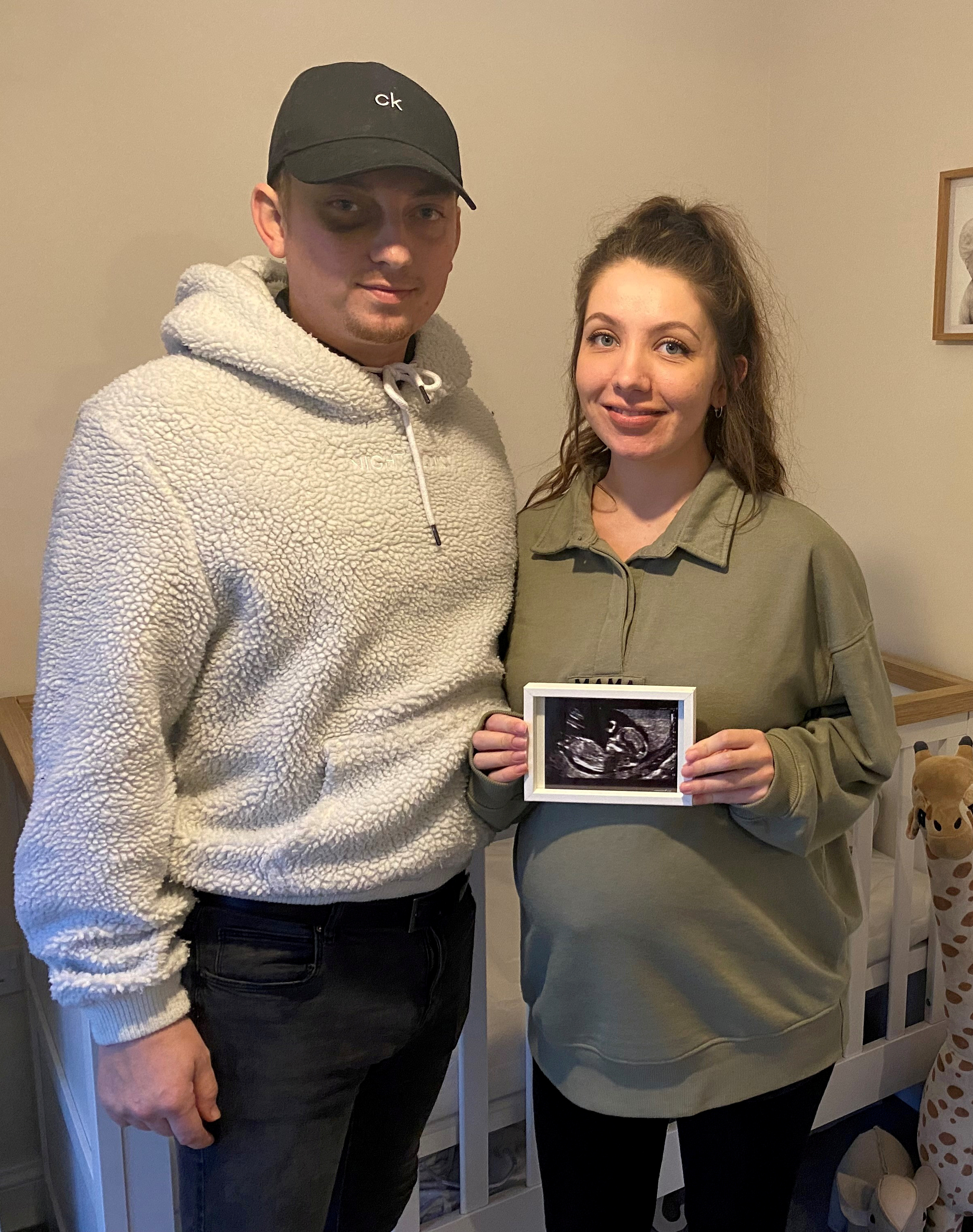 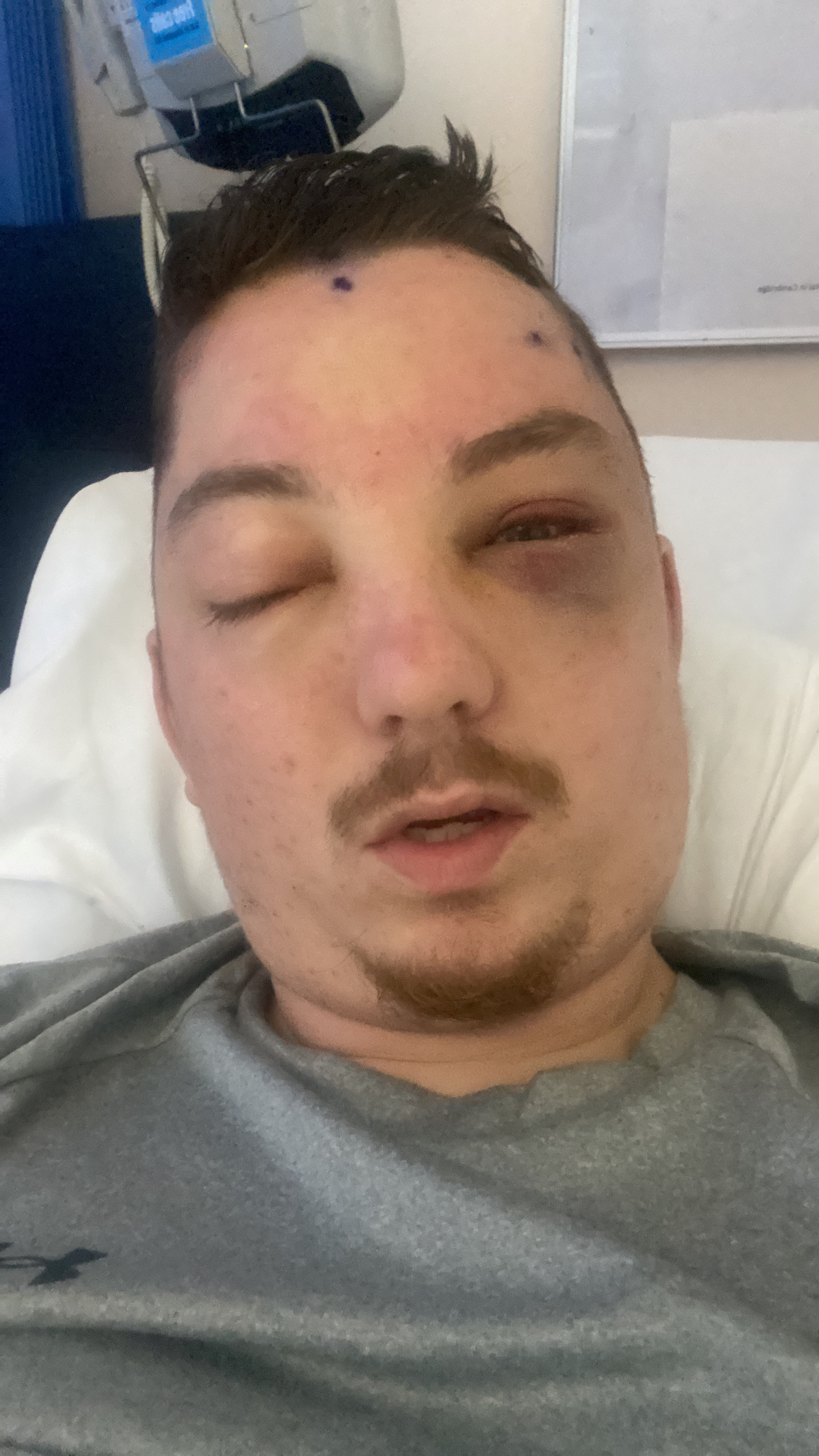 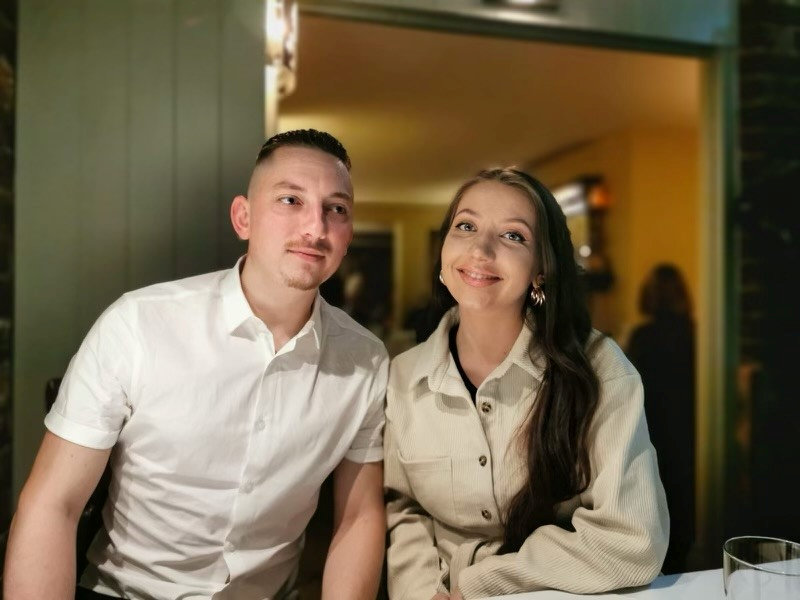