It’s tricky to single out one episode of Grey’s Anatomy as the most impacting, but the current mind behind the long-running series has her pick narrowed down. Ahead of this week’s episode slated to focus on Jo’s meeting with her possible birth mother, showrunner Krista Vernoff is confident that the story will leave fans shook. According to Vernoff, Grey’s Anatomy Season 15 Episode 9 is the "most powerful" hour of television she’s participated in, so what can viewers expect to see?

Last week’s Grey’s Anatomy episode, "Add It Up," ended with Jo (Camilla Luddington) feeling distraught after meeting with the woman likely to be her biological mother. Leaving viewers without details of their encounter, the story will now rewind in March 28’s "Silent All These Years" to detail Jo’s exchange with the stranger. The episode promo hints that the woman is afraid to welcome Jo into her own home, prompting Jo to invite her to a nearby diner for a real conversation.

There, Jo nudges for information about her father’s identity, but the preview hints that the two women both become emotional about the topic. The clip even comes with a "Viewer Discretion Advised" warning, implying that the subject matter is particularly mature and intense.

At a recent panel about diversity, Vernoff teased out the episode’s greater meaning of consent and how Christine Blasey Ford’s 2018 testimony about Supreme Court Justice Brett Kavanaugh inspired the story. Seeing as the showrunner believes that the finished product is the most powerful thing she’s worked on in her career, maybe it’s best to start preparing for the live tweeting during this episode ASAP.

Vernoff also told the event’s audience that the circumstance leading to "Silent All These Years" was the only time she’s asked Grey’s Anatomy writers to address a certain social topic. She said:

Now that we know this behind-the-scenes tidbit, we can attempt to shed some light on Jo’s mother’s past. Perhaps a lack of sexual consent played into her relationship with Jo’s dad, making her experience with pregnancy and early motherhood particularly traumatic. Having been married to an abusive man, maybe Jo relates to her case, which would explain the pair’s emotional diner conversation. 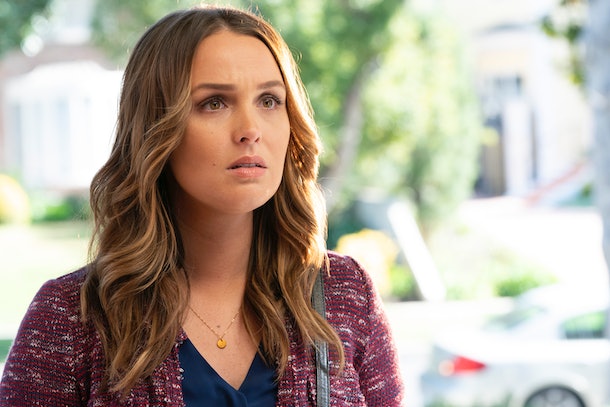 ABC’s episode synopsis hints that Jo’s work at the hospital this week also ties into her time with her mother. The summary reads:

In addition to delving into the darker side of Jo’s past, it looks like Grey’s Anatomy is aiming to resonate with and educate its viewers through this powerful discussion. Season 15 of Grey’s Anatomy continues on Thursday, March 28, at 8 p.m. ET on ABC.