Groovy Chick is BACK! Shoppers go wild as ASOS unveils t-shirts featuring the popular Bang On The Door character – and they’re already selling out

Fashion fans are going wild over the release of ASOS t-shirts featuring the popular character ‘Groovy Chick’ from Bang On The Door.

The online retailer has released an exclusive collection of t-shirts in collaboration with label Daisy Street.

The designs both feature the Groovy Chick character from Bang On The Door, a brand founded 30 years ago that found popularity during the late nineties and early noughties thanks to its playful cast of characters. 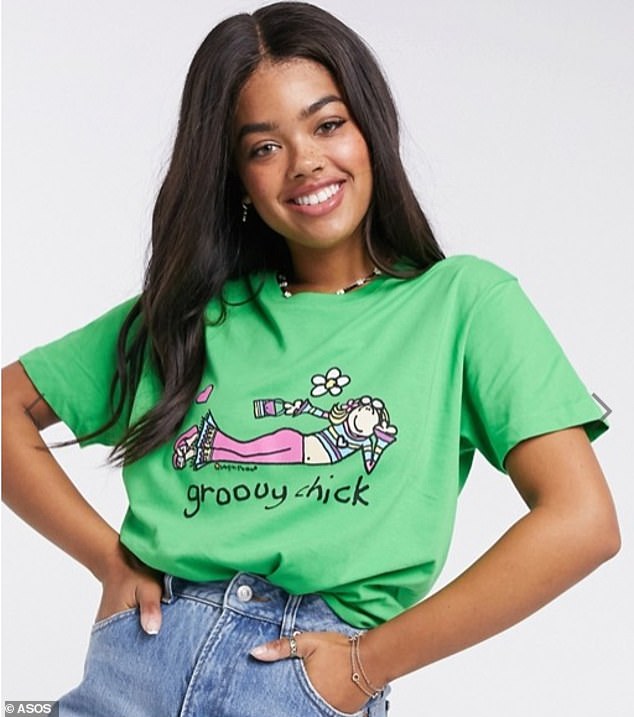 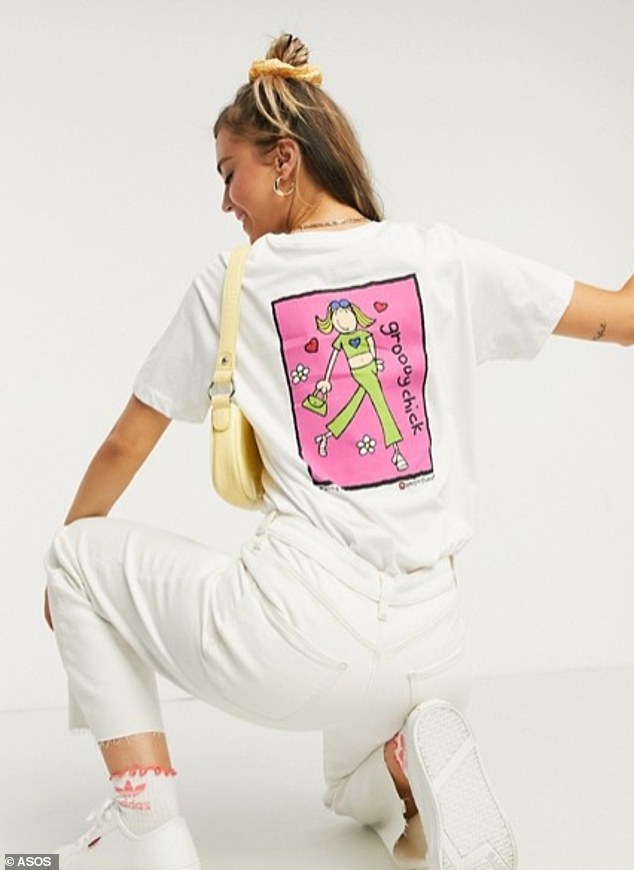 Made from 100 per cent organic cotton, the ASOS collection has sparked nostalgia for those who were fans of Groovy Chick throughout the late nineties and early noughties

A green Groovy Chick t-shirt priced at £19.99 has already sold out on the ASOS website.

The stylish piece was paired with denim jeans on the model who accessorised with a beaded necklace.

However, a white Daisy Street relaxed t-shirt with groovy chick back print for £21.99 is still available and the online retailer claims it’s selling fast.

The crew neck design made from 100 per cent organic cotton, has a relaxed fit and is pictured worn with white jeans, low-top white trainers and a cream under shoulder handbag.

Gushing about the collection, one Twitter user wrote: ‘I thought I’d never see her again… but here she is’

Another said: ‘Wait, you can get Groovy Chick merch from ASOS??? I need it all immediately.’ 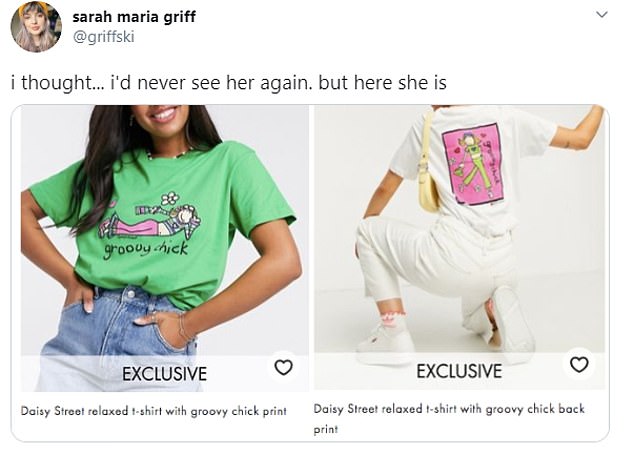 A stream of Twitter users have gushed that they desperately need to invest in ASOS’s Groovy Chick t-shirt collection, priced at around £20

Bang On The Door who debuted the original Groovy Chick collection, have continued to sell pieces including aprons, caps and hoodies on their website.

They also offer a number of chic retro pieces in selected Primark stores.

Designers Karen Duncan and Samantha Stringle from North London, created Groovy Chick after finding success with their branded items sold at Camden Market and began exhibiting their items throughout the nineties at trade shows.

They were able to further promote their items in the early noughties with a Make it Groovy television campaign featuring their branded magazine with Eagle Moss.

Social media users have been sharing the Groovy Chick merchandise they had throughout the nineties including cups, bedding and handbags