Guardian of the grizzlies: The British cameraman who became ‘surrogate mum’ to a group of lovable bear cubs so they could return to the wild

Looking at them play-fighting in the woods or slurping porridge from a bowl, these young bears look fit as a furry fiddle.

Hard to believe, then, that when the orphaned grizzly cubs were rescued at five weeks old they were tiny, helpless and weak.

Each of the six weighed less than a bag of sugar and desperately needed the 24-hour care their mothers would otherwise provide.

But after British wildlife cameraman Gordon Buchanan became their ‘surrogate mother’ – bottle feeding them every four hours, teaching them how to climb trees and showing them where to find food in the forest – they have thrived. 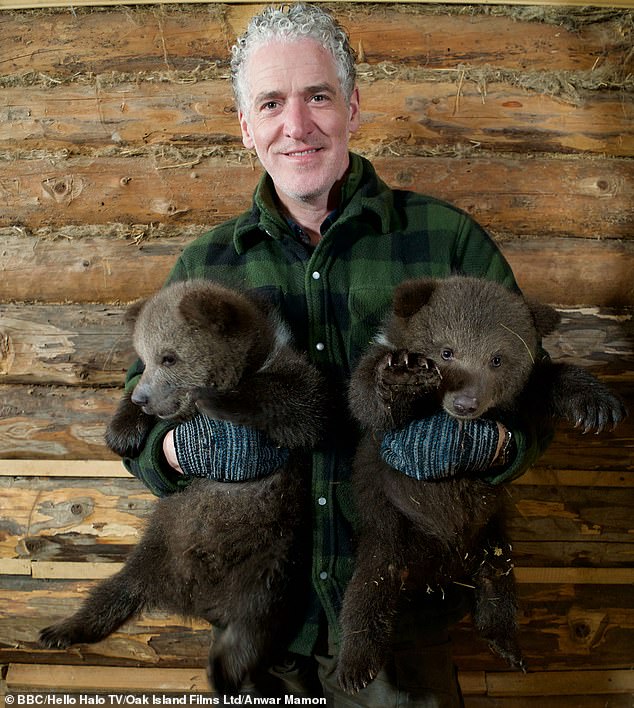 Gordon Buchanan, 46, (pictured with Pasha and Slava) documented the growth of orphaned grizzly bears in Russia for a new BBC2 programme 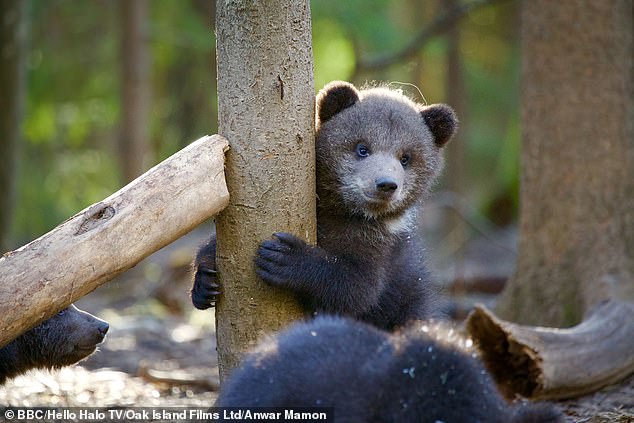 Mr Buchanan, 46, spent eight months deep in the forests of Russia’s Tver province, halfway between Moscow and Saint Petersburg, with the Pazhetnov family, biologists who have devoted their lives to helping orphaned bears.

‘Bottle-feeding isn’t something that’s instinctive to them, so it was a wrestling match and you’d end up covered in milk,’ he said. As they grew, the bears – three pairs of brothers – tucked into bowls of porridge with an appetite that would have impressed Goldilocks.

Mr Buchanan is seen helping to rehabilitate them in a two-part programme, Grizzly Bear Cubs And Me, to be shown on BBC2 at 9pm on December 18 and 19.

He headed out to meet the Pazhetnovs, who have been rescuing orphaned cubs for nearly three decades and have returned more than 200 to the wild, in February when the cubs had just been rescued. 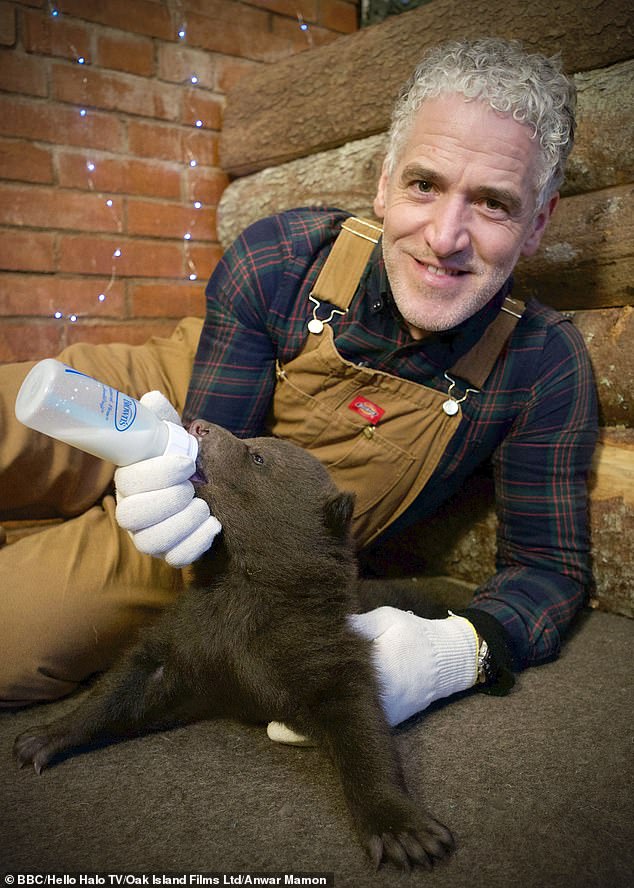 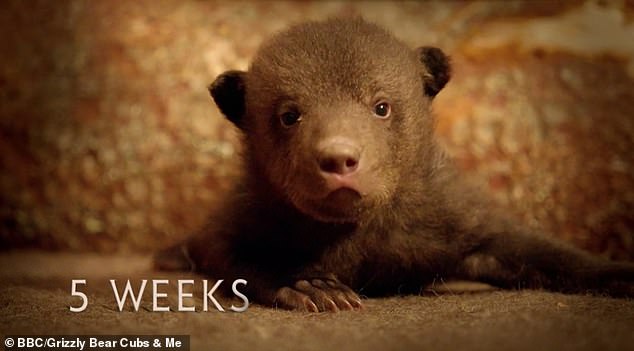 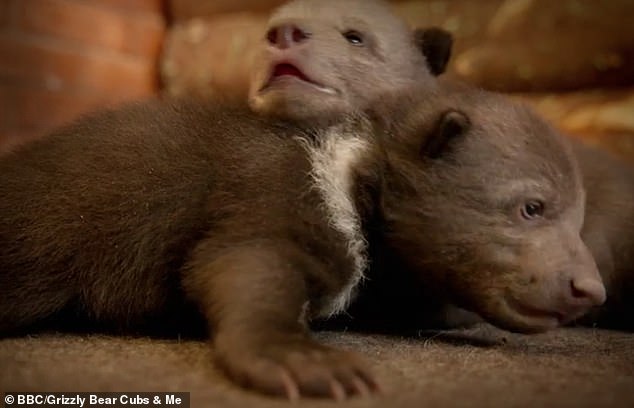 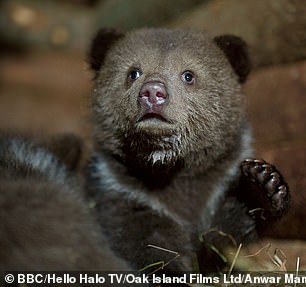 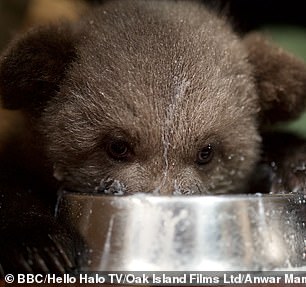 Small cub, big appetite: One of the bears sticks his snout into a bowl of porridge (left) and the smallest cub of the group Pasha (right) 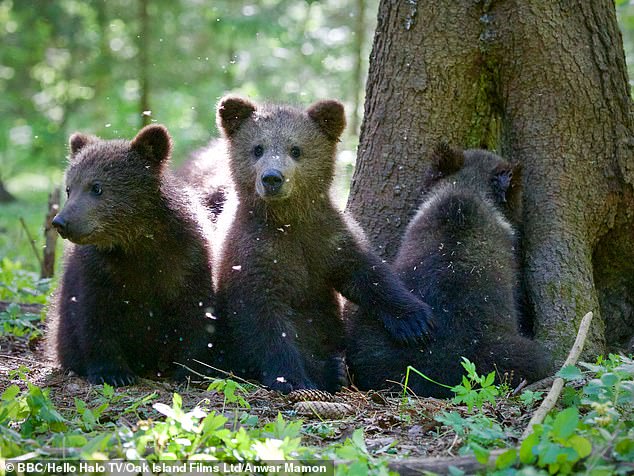 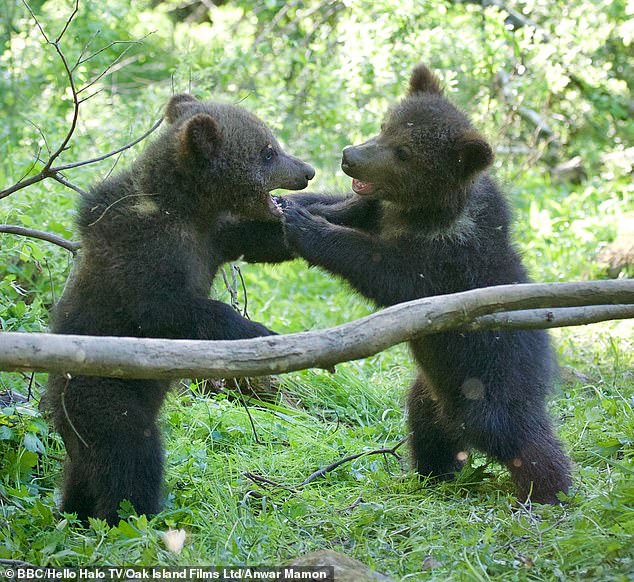 If you go down to the woods today: Two cubs have a brotherly scrap in the forest 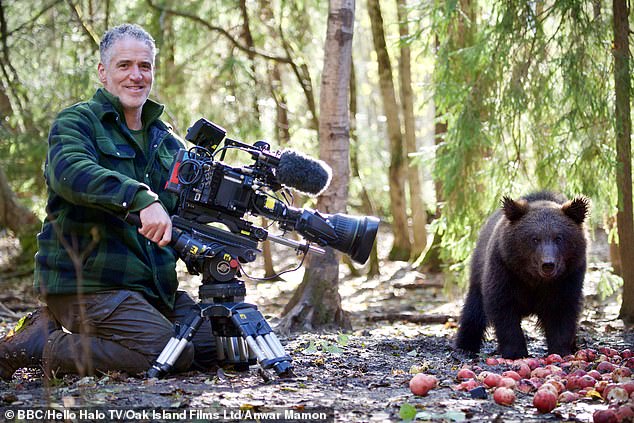 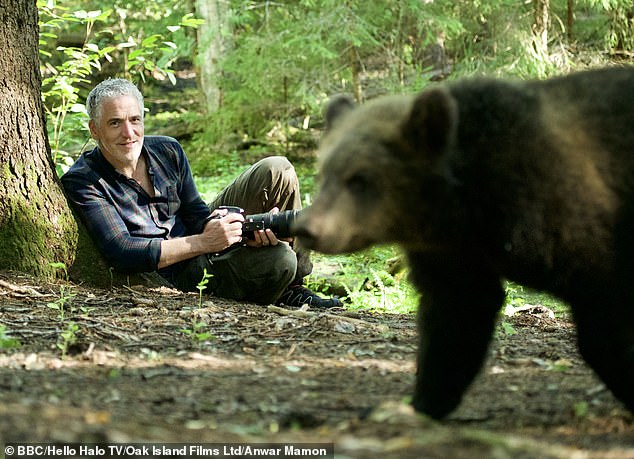 Two of them, Slava and Pasha, were dumped in a bin near Moscow; it is suspected that poachers killed their mother. The second pair of brothers, Tolya and Tyoma, were found in a box outside a vet’s in Saint Petersburg.

As for Zhenya and Zhora, they were handed in by loggers who had accidentally scared their mother away. In the documentary, Mr Buchanan is seen putting the cubs to bed at 1am one day after they have been fed and washed.

As they fall asleep, they can be heard making a distinctive purring noise, which he describes as ‘the international bear language of, “I’m very happy” ’.

Adult male brown bears can weigh 50 stone and measure up to 8ft. Despite their fearsome claws and strength, their diet is mostly berries, fruit and roots.