After years of asking for better LGBTQ representation on our television screens, it seems that creators are finally listening. This is both good and bad: Good, because it means more widespread representation for our community; bad, because oftentimes, that representation is sorely lacking in any kind of nuance or depth. The Handmaid’s Tale Season 2 shows how LGBTQ representation can be well-intentioned but still ultimately fail its characters, and that’s even more apparent now that the show has fully diverged from its source material.

The series takes a one-off line from Margaret Atwood’s 1985 novel, wherein June says that her friend Moira “prefers women,” and uses it to introduce two very different but equally engaging queer characters: Moira, played by Orange Is The New Black’s Samira Wiley, and Emily, played by Gilmore Girls’ Alexis Bledel. The former nearly escapes Gilead, only to get caught and be given a choice between suffering to death in the Colonies, or doing sex work at an underground club in what was once Boston. The latter is caught having a sexual relationship with a “Martha” (household slave), and is sentenced to “redemption” while her lover is hanged. Redemption in Gilead looks like this: mutilation of her sexual organs so that Emily can still give birth to children, but not enjoy sex. Later, when she tries to escape, she isn’t given a choice; she’s sent straight to the Colonies, which is where we find her in the second episode of Season 2. 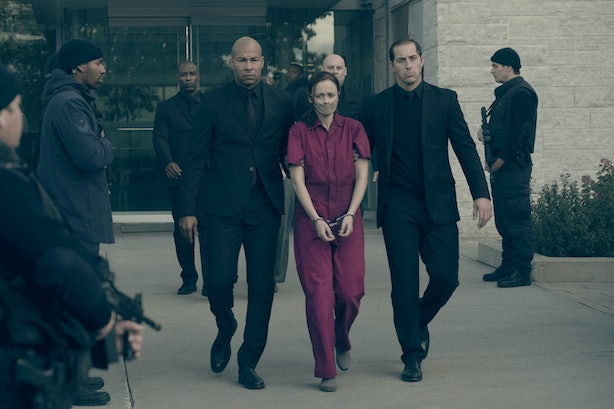 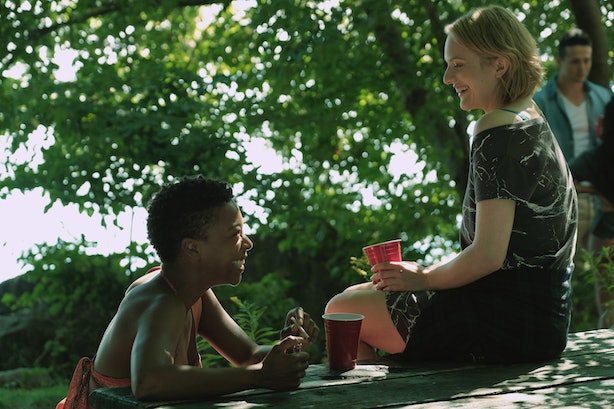 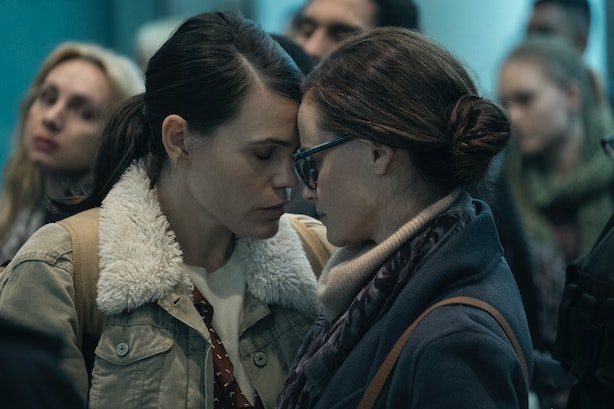 Meanwhile, June — the straight, white protagonist — has taken a lover who is part of the resistance. She knows that her husband and child are alive, and an entire network of individuals help her to escape Gilead. Her value lies in her ability to birth children, just like Moira and Emily, but the writers also prioritize her storylines. The argument that she’s the protagonist doesn’t cut it here; queer women deserve the same chance at happiness as their straight counterparts, regardless whose face is on promotional posters — even if this is a story about an oppressive dystopian society.

Furthermore, The Handmaid’s Tale often feels like a public service announcement for Resistance. Now that the series is off the beaten path of Atwood’s novel, that feeling is even more pronounced. When June builds her makeshift memorial to the Boston Globe journalists who were slaughtered — a distressing reminder that our current president actively promotes violence against members of the news media — the careful focus on a single Pride flag feels heavy-handed. It feels cheap, especially in the wake of Emily murdering a Wife for her role in creating and upholding the society of Gilead.

June’s inclusion of the Pride flag feels performative in the same way that straight allyship often does: it implies that by acknowledging the rainbow flag’s presence and giving it a place of honor, she’s somehow Helping the Cause. The thing is, flying a rainbow flag — especially in Gilead — isn’t going to help.

Until media creators acknowledge that, and start writing queer characters with intention, rather than a desire for diversity, our representation will continue to lack depth. The Handmaid’s Tale is one of the best measures of queer representation on TV right now, and that is, quite frankly, terrifying.