Harold Lederman, a respected boxing judge who for more than 30 years was HBO Sports’ ebullient on-air fight scorer and rules expert, delivering authoritative assessments in a distinctive high-pitched voice, died on Saturday in hospice care in New City, N.Y. He was 79.

His daughter Julie Lederman said the cause was complications of liver cancer.

Mr. Lederman’s role at HBO was a new one in sports broadcasting. As the unofficial ringside scorer, he was called on every few rounds to explain why a boxer was ahead of or behind his opponent, and he also offered rules interpretations when needed.

He exuberantly delivered his assessments for 20 or 30 seconds at a time, usually prefacing his remarks by saying, “O.K., Jim!” to Jim Lampley, the network’s blow-by-blow announcer.

“I had no idea if he could translate what he knew for a television audience,” Ross Greenburg, who was the executive producer of HBO Sports when he hired Mr. Lederman in 1986, said by telephone. “But from the first broadcast it was clear he understood his place on the telecast and could capture what was on a judge’s mind.”

Mr. Lederman (pronounced LED-er-man) blended his encyclopedic knowledge of boxing with a gregarious superfan’s personality and a screechy Bronx-bred voice that seemed to rise an octave as he confidently described his scoring choices. He based his scoring on four criteria: ring generalship; clean, hard punching; effective aggression; and defense.

But unlike his partners on the HBO fights — Mr. Lampley and a corps of analysts that included the former boxers George Foreman and Roy Jones Jr. and the sportswriter Larry Merchant — Mr. Lederman was hardly ever seen on camera.

Mr. Greenburg said he did not feel that Mr. Lederman’s limited role had required him to be onscreen. He nevertheless became one of the most popular members of HBO’s announcing crew, often holding court with fans in hotel lobbies in Las Vegas and other cities. 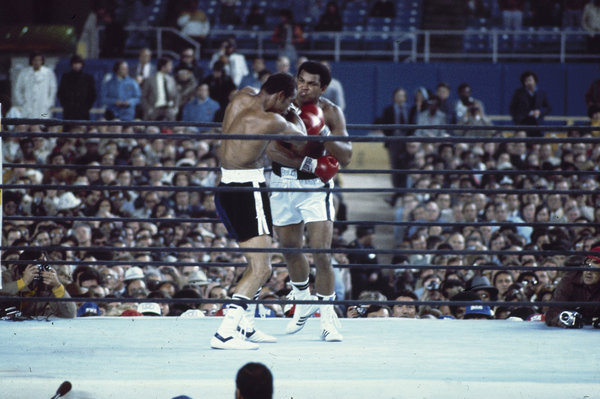 “There was a time when we talked about putting him on camera more,” Mr. Lampley said in a telephone interview. “But I said, Why destroy the mystique? Why take away what viewers have so indelibly bonded with, which was his voice — his tool of humanity — with camera exposures?”

A rare exception to Mr. Lederman’s being heard but not seen happened in 2011, when HBO needed an analyst for a super featherweight bout in Mexico. Mr. Jones was the promoter for one of the fighters, so Mr. Lederman was assigned the commentator’s role in his place.

But he had what amounted to a cameo: Adrien Broner won by a technical knockout over Jason Litzau in the first round. Mr. Jones then took over the duties for the remaining fights on the telecast.

Mr. Lederman remained with HBO until December 2018, when the network ended its long association with boxing. By then, Mr. Lederman was too sick to travel and had been providing his commentary from a Manhattan studio for a few months.

“We didn’t have to take that awkward, painful step of doing the fights without him,” Mr. Lampley said.

Mr. Lederman was inducted into the International Boxing Hall of Fame in 2016.

Harold Lederman was born on Jan. 26, 1940, in the Bronx. His father, Samuel, was a pharmacist, and his mother, Fannie (Tischelman) Lederman, was a comptroller for a wholesale drug company owned by one of Harold’s uncles.

Harold became infatuated with boxing at an early age, attending matches with his father at Long Beach Stadium on Long Island and other venues around New York City.

Following his father and other family members, he became a pharmacist. He graduated from the College of Pharmacy of the City of New York at Columbia University (also known as the Columbia University College of Pharmacy) and continued to attend boxing matches as often as he could. But he did not become professionally involved in boxing until after he married Eileen Brook, whose father, Abraham, was an inspector for the New York State Athletic Commission.

Mr. Lederman began judging amateur fights in 1965 and got a license from the athletic commission two years later. While working for HBO he judged professional matches around the world until 1999, among them 100 championship bouts, including the third fight of a trilogy between Muhammad Ali and Ken Norton at Yankee Stadium in September 1976.

Mr. Lederman and the fight’s other two judges — including the referee — were criticized for awarding Ali a unanimous decision.

Dick Young, the dyspeptic Daily News sports columnist, wrote that they were “victims of the Ali Syndrome,” which he described as the “deep-rooted belief that boxing without Muhammad Ali would die and they don’t want to be accessories to a homicide.”

“People always say that Ali was mesmerizing the judges, which wasn’t the truth,” he said in an interview with ESPN El Paso Radio in 2016. “Ali-Norton was about as close a fight as I’ve ever seen in my life. Norton got bad advice when his corner told him he was ahead after 14 rounds, and all he did was coast in the 15th round and Ali outboxed him.”

Mr. Lederman’s boxing work, both as a judge and for HBO, took precedence over being a pharmacist, causing him to lose numerous jobs.

“When I get hired by a pharmacy, what I do seems glamorous to these people,” he told The Star-Ledger of Newark in 1996. “But after they have to cover me a while, it’s not so glamorous.”

His wife understood his passion. She was a schoolteacher with a salary and a pension, their daughter Julie said in a telephone interview, and knew that her husband could get another drugstore job when he was fired. Ultimately, he stopped seeking full-time work and filled in at Shop Rite and Duane Reade for other pharmacists. He retired as a pharmacist about four years ago.

In addition to his wife and his daughter Julie, Mr. Lederman is survived by another daughter, Iris Weiss; three grandchildren; and a sister, Billie Lederman-Bauman. He lived in Orangeburg, N.Y., about 25 miles north of New York City.

Mr. Lederman passed his love of boxing to his daughter Julie, who is also a boxing judge.

“When I was 7, he started taking me to fights in Australia, South America and Europe, and I’d sit behind him while he was judging,” Ms. Lederman said. “And he’d get paid $1,200, which he’d spend on my airfare, which meant he was doing it for free.”