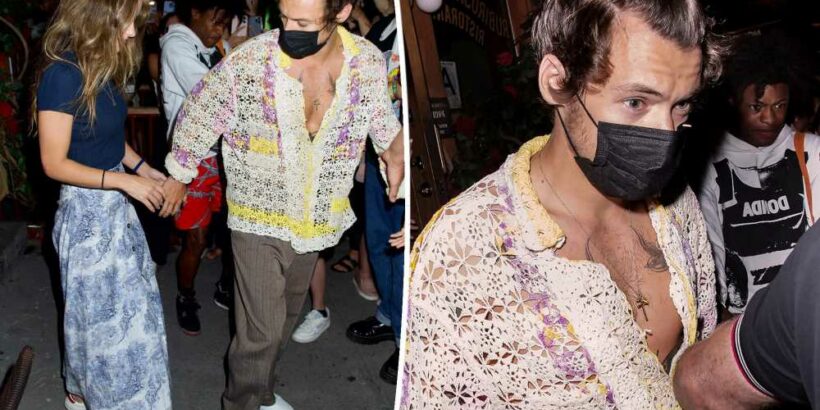 Sheer shirts are the perfect way to guarantee a hot girl (or boy) summer.

Harry Styles proved he’s a “Little Freak” when he donned a peekaboo crochet style for dinner.

The former One Directioner showed some serious skin in the sheer shirt during dinner at New York City Italian restaurant Rubirosa with his girlfriend Olivia Wilde. It was date night dressing at its finest, with a boho twist.

The “Watermelon Sugar” singer, 28, strutted his stuff in the low-cut crochet blouse, pairing the white, purple and yellow cleavage-baring blouse with slacks and summer-ready white Vans. The “As It Was” hitmaker accessorized with a tiny claw clipped man bun and a black face mask.

Wilde, 38, kept it casual in a toile skirt and adidas x Gucci Gazelle sneaker ($850) for their visit to the laid-back Nolita spot, famous for its vodka sauce pizza pies. 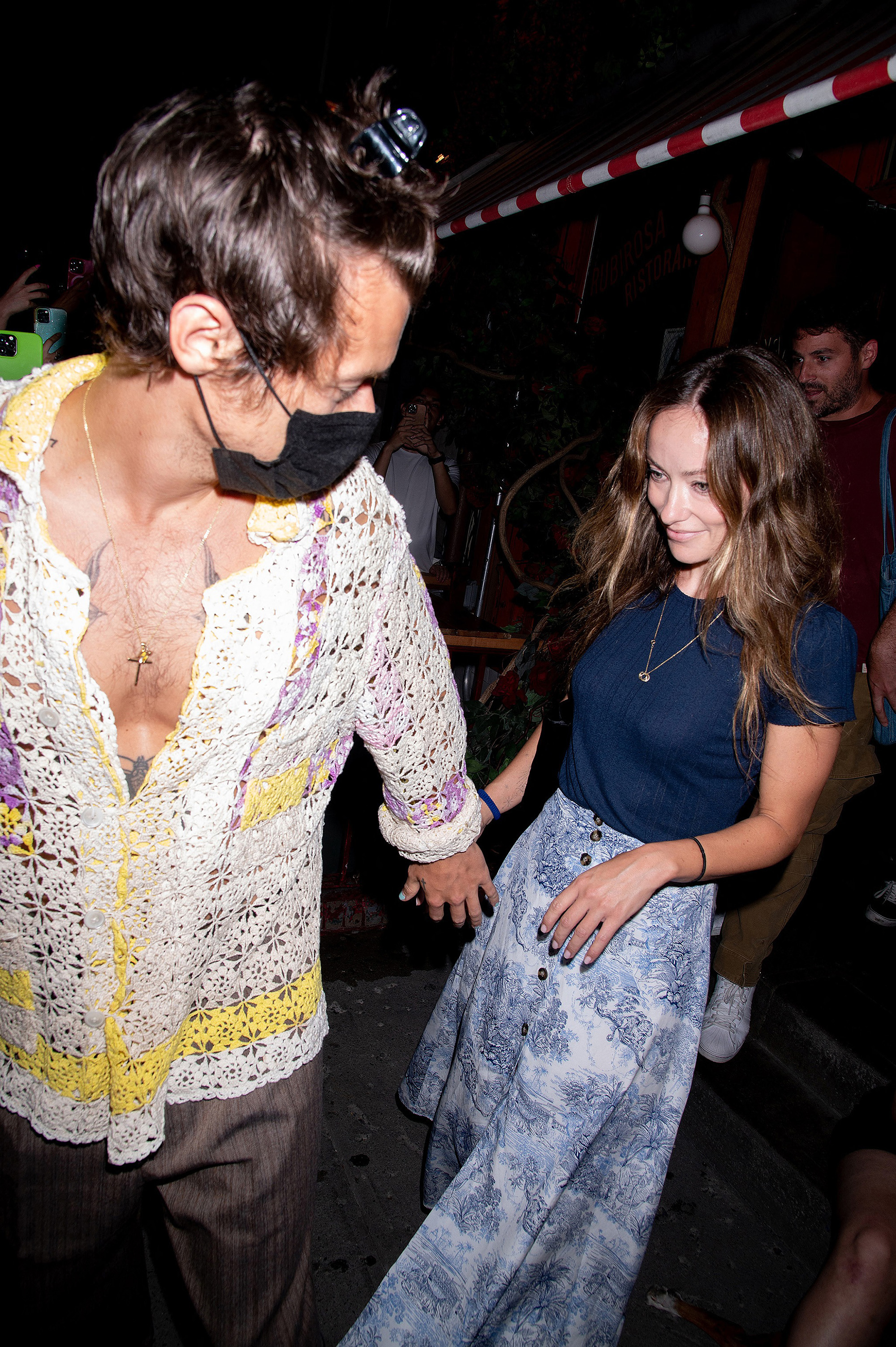 One Styles fan tweeted they were “literally” in love with “the pretty lace” shirt and would “totally steal it” if they were Wilde, who’s known for borrowing her boyfriend’s designer duds and wearing his tour merch out on the town. 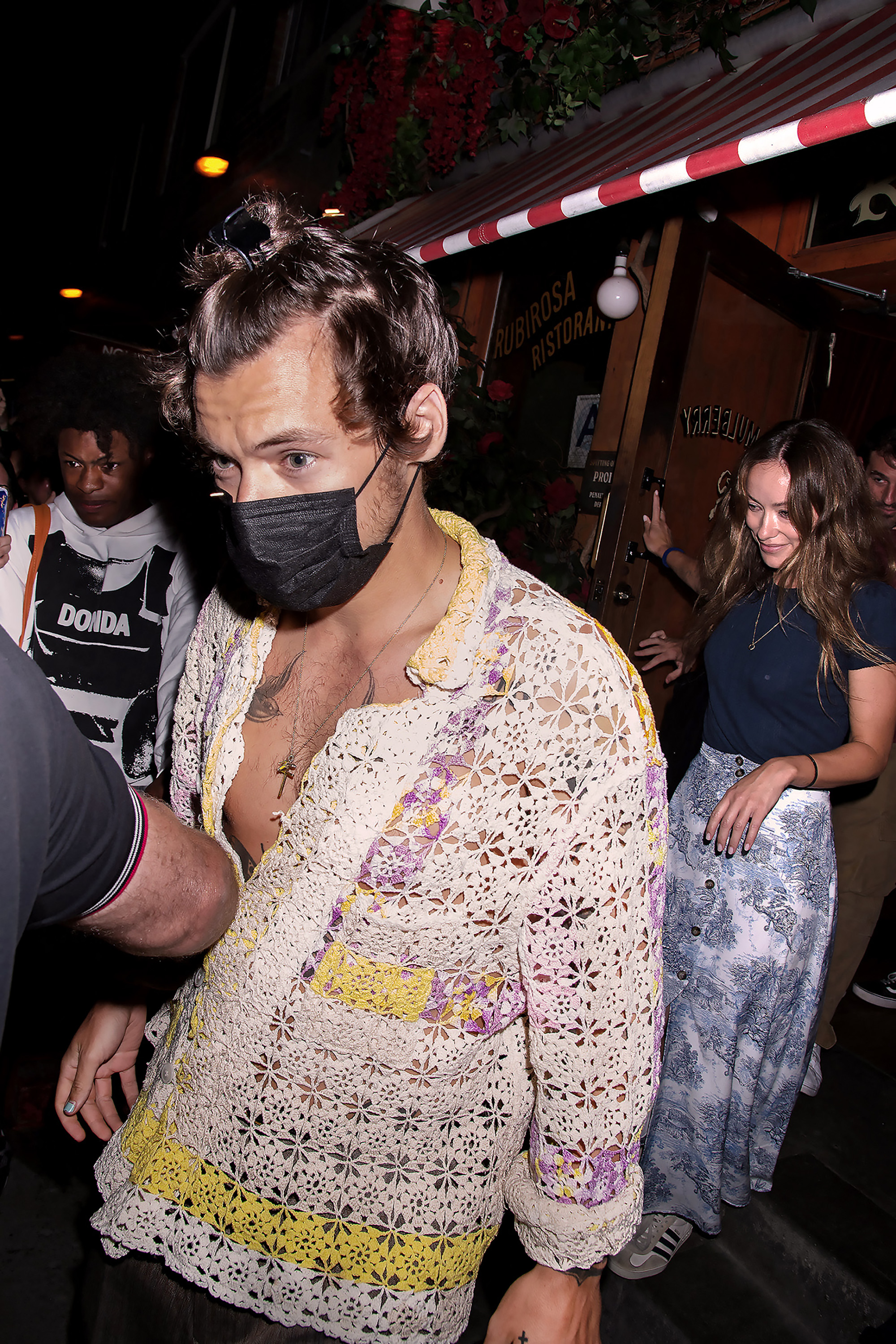 Styles is prepping for his Madison Square Garden residency, where he’s sure to wear plenty of sheer shirts during his 15 nights of shows. 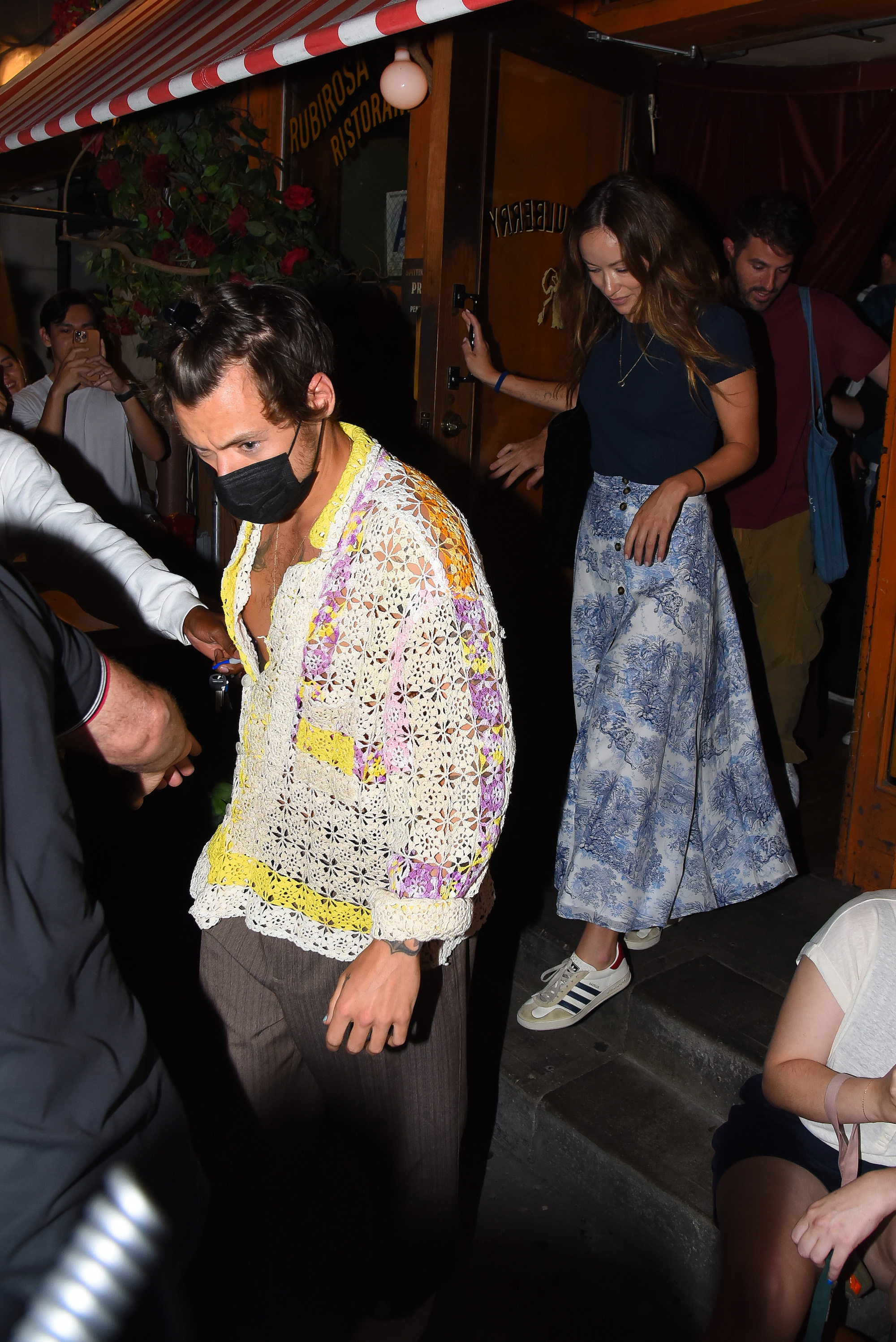 Wilde and Styles have been publicly together since January 2021. In 2020, the “Don’t Worry Darling” director ended her engagement to Jason Sudeikis, who she co-parents children Otis, 8, and Daisy, 5, with although they’re currently embroiled in an ongoing custody battle.