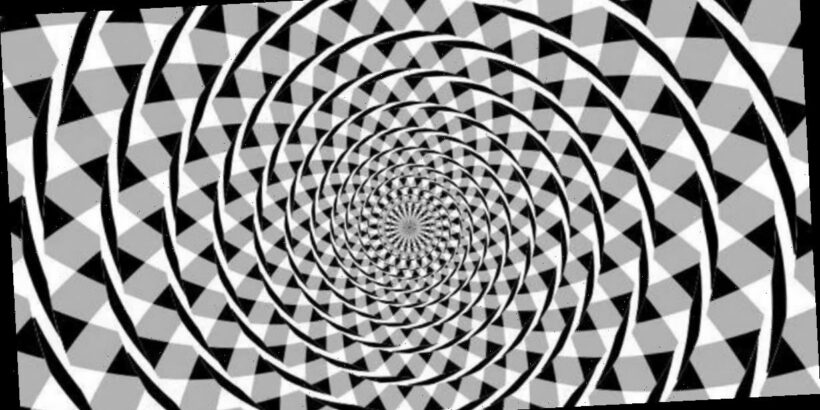 There's never a right or wrong answer when it comes to an optical illusion.

And no matter how long you look at an image, it's likely your pal might see something totally different to you.

So if you think you've got enough patience for a brainteaser, why don't you try this tricky picture?

On the PCMag website where it was shared, the optical illusion shows an image which looks like a spiral.

According to the page, the black and white image doesn't actually show what looks like a spiral.

The image is an example of the Fraser spiral illusion, which despite what your eyes might show you, it's something more simpler.

Instead of a photograph with spirals, there is a series of concentric circles.

The background pattern makes the mind-boggling picture so confusing that your brain just fills in information that isn't actually there.

It was first described by British psychologist Sir James Fraser and the other name for it is a false spiral.

The misconception is produced by combining a regular line pattern (the circles) with misaligned parts (or differently coloured strands).

When the strands are highlighted in a different colour, it becomes obvious to the viewer that there is no spiral present.

If you're looking for another optical illusion, this mind-boggling grid asks users to "count all the black dots".

According to Optics4Kids, the image is an example of a Hermann Grid Illusion.

It occurs by "ghostlike" grey blobs perceived at the intersections of a white or light coloured grid on a black background.

The photo works as a result of the retinal cells adjusting to the brightness of an image.

We previously saw this type of brainteaser on Reddit where the Apple Mac keyboard optical illusion baffled people.