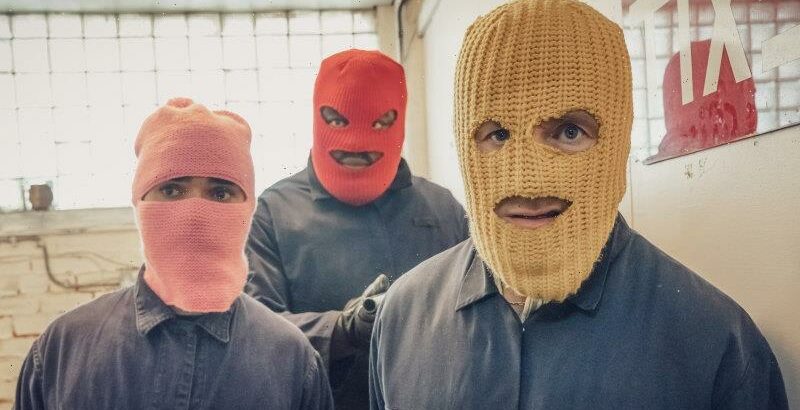 Imagine an old-fashioned British crime caper – or a Guy Ritchie one – in which most of the characters are an order of magnitude dumber. It sounds like a recipe for a tiresome spoof, but this half-hour series quickly becomes a highly entertaining balance of comedy and drama – and more of a sincere homage than a satire.

It’s a coming together of the talents that created and performed the cult comedy series People Just Do Nothing and King Gary, and it all goes down in the 1980s, in a part of London’s East End that looks like a bomb site. 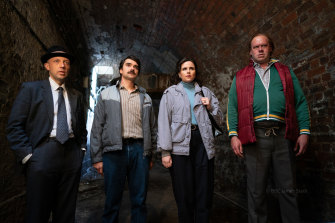 “It was rough out there. The worst recession since the war. Thatcher had pulled the working class’ pants down but in the same breath filed down our conscience and replaced it with naked greed,” explains the opening narration, to the equally evocative sound of The The’s Uncertain Smile.

A struggling cafe run by the ineffectual Albert Fantoni (Allan Mustafa) and his much savvier wife, Natasha (Emer Kenny), is the centre of things. At the boozer down the street, a fateful plot is about to be hatched. Natasha’s wimpy, dimwit brother, Sidney (Steve Stamp), wants to be the inside man for a robbery at the warehouse he works in. Joining the plot are the nervous Albert, wannabe gangster Phil (Hugo Chegwin), and towering ex-boxer Mick (Tom Davis).

The characters are drawn and inhabited in delicious detail – Phil is hugely proud of his fancy new car phone, but it keeps him miserably tethered to his little car. None of them is bigger than Big Mick. 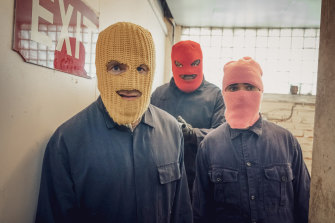 With Davis standing a big-bellied six foot seven in the old money (201cm) and speaking in a voice of almost subterranean depth, you can almost believe Big Mick’s tall stories about the time he fought George Foreman. He’s a man happily chewing the cud of his own myth, unencumbered by anything resembling awareness of his own shortcomings.

Unfortunately for Mick and everyone else, their little robbery plan is soon taken over by real gangsters Clive and Joey (Peter Ferdinando and Abraham Popoola), who aren’t played for laughs, and whose palpable menace foreshadows the tension and violence to come. 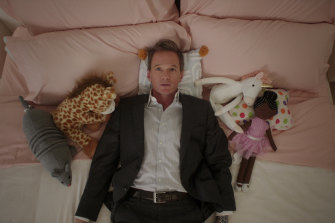 Neil Patrick Harris is a New York real estate agent who is devastated when his partner of 17 years suddenly leaves him in Uncoupled.Credit:Netflix

Harris plays New York real estate agent Michael, who is devastated when his partner of 17 years, Colin (Tuc Watkins), suddenly leaves him. Michael at least has a support network that includes his business partner (Tisha Campbell) and his lonely best friend (Brooks Ashmanskas), and potentially a rich client played by Marcia Gay Harden (who is great fun but largely wasted in cliche).

The problem is that Michael’s friends tend not to behave like real people – at least not likeable ones. One immediately pressures Michael to start having random sex while he’s clearly grieving. Another shares some shattering news only for everyone to essentially ignore it and keep obsessing about the will-they-won’t-they between Carrie and Big … sorry, Michael and Colin.

Harris commits completely to his role, delivering a beautifully nuanced performance that far surpasses the material. The cast is full of Broadway stars who don’t get to sing or dance, but it’s progress that gay shows can now be this lame.

The Many Saints of Newark
Binge 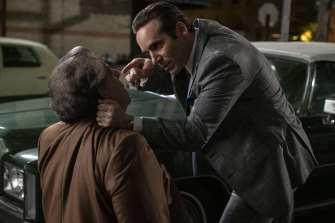 Alessandro Nivola lays down the law in The Many Saints of Newark.Credit:

It’s catnip for fans of The Sopranos as David Chase’s prequel movie fills in the 1960s back story. Michael Gandolfini, playing the teenage Tony Soprano, is the haunting image of his father, James, in a snapshot of a wilful teenager who doesn’t look like becoming a cold-blooded killer. Alessandro Nivola is brilliant as Tony’s uncle Dickie Moltisanti, an unstable explosive who didn’t feature in The Sopranos but whose story provides fascinating insights into characters such as Tony’s mother, Lydia (Vera Farmiga). Expect laughs too.

My Life as a Rolling Stone
Stan* 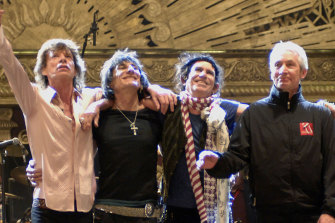 Charlie Watts (right) died before this documentary was made but his Rolling Stones bandmates Mick Jagger, Ronnie Wood and Keith Richards are on hand to share joyful memories.Credit:AP

It’s impossible not to skip straight to the Charlie episode of this new four-part biography series made for the Rolling Stones’ 60th anniversary. Charlie Watts died before filming began but Mick Jagger, Keith Richards and Ronnie Wood are on hand to share joyful memories while archival interviews give Watts a revealing voice in his own story. There’s real insight into his drumming too as the likes of the E Street Band’s Max Weinberg explain exactly how he gave the Stones their inimitable sound.

An illuminating documentary that introduces us to a small group of “urban explorers” whose photography is preserving the abandoned, war-scarred buildings of Beirut in all their faded beauty and haunting testimony. There are grand hotels and mansions, a school turned into a sniper’s den, an empty synagogue and even a movie studio where canisters of film lie undisturbed beneath the dust of decades. Campaigners say governments have done little to protect the city’s architectural heritage but some impressive restoration projects show what is possible. 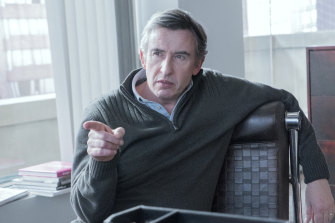 Terrific performances by Steve Coogan and Kathryn Hahn, and the dark, bizarre imagination of series creator Shalom Auslander make this incisive comedy a salty delight. Coogan and Hahn play a creative couple with a young son and a well-earned cynicism about the New York advertising industry, among other things. The dialogue is brilliant, as are the cathartic monologues that end with a hearty “F— you” to such towering historical figures as Thomas Jefferson and Carol Brady from The Brady Bunch. It gets weird.