A luxury fashion house has received a flood of praise for its latest campaign fronted by a line-up of glamorous Welsh pensioners.

Austrian brand Helmut Lang – known for working with the likes of supermodel Jourdan Dunn – unveiled its Women of Wales campaign this week to showcase its new Women’s Fall 2018 collection and sparked a social media frenzy with the ‘iconic’ images.

The label partnered with photographer Alexandra Leese and stylist Charlotte James – whose grandmother Margaret, 86, was chosen as the face of the campaign – to capture the images in Merthyr Tydfil, Wales.

Each of the women who modelled in the campaign spoke about their homeland and embracing their twilight years in a series of short clips shared by Helmut Lang on social media. 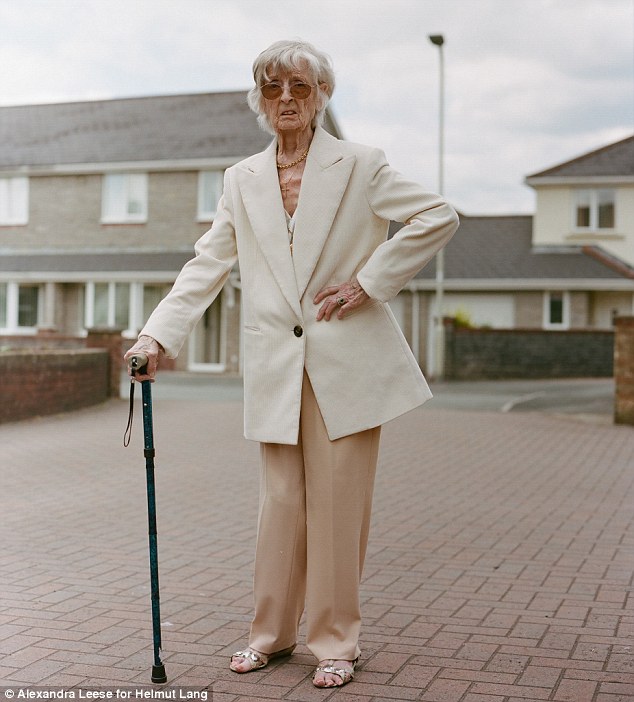 Retired funeral director, Margaret (pictured), 86, was chosen by Helmut Lang to be the face of their Fall 2018 collection. Her granddaughter Charlotte James worked alongside photographer Alexandra Leese to capture the shots in Merthyr Tydfil, Wales 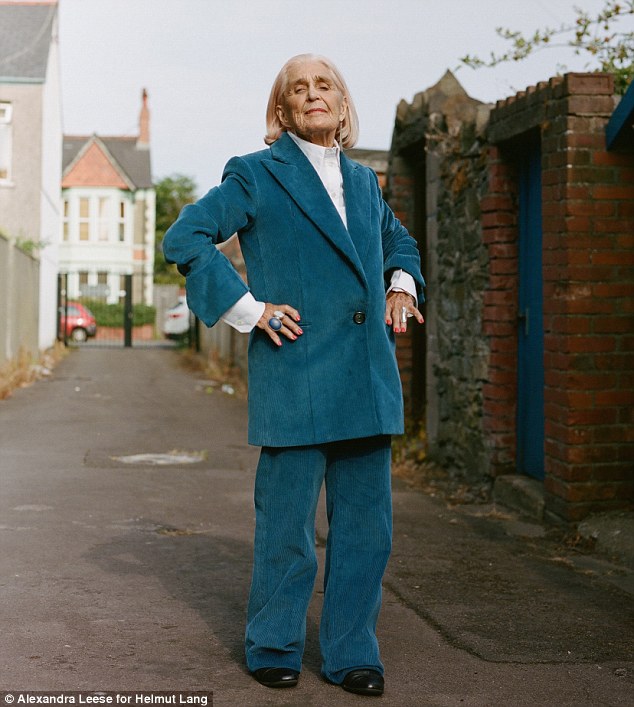 Dilys (pictured), 86, from Wales is the world record holder for the oldest female skydiver. She models a blue corduroy suit from Helmut Lang’s new collection for the campaign 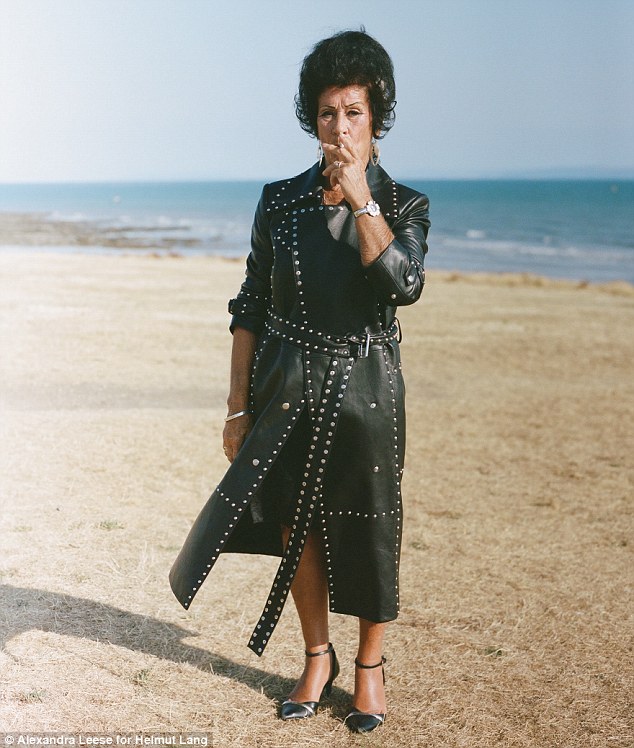 Gillian (pictured), 78, wore Helmut Lang’s newest lamb leather trench coat embellished with studs as she posed by the seafront in pointed heels for the label’s Women of Wales campaign

Also starring in the campaign is Dilys, 86, from Wales, who is the world record holder for the oldest female skydiver.

And Gillian, 78, who says although her husband would like to leave Wales, she wouldn’t consider it.

The campaign has been positively received by fans, with many claiming it had made them proud to be Welsh.

An Instagram user writing under the handle ‘guylinerbebop’ gushed over the campaign, writing: ‘What amazing films! Love this campaign it’s beautiful’ while another wrote: ‘Helmut Lang, you made my year.’

Helmut Lang was launched in 1986 by the eponymous Austrian designer who is no longer associated with the brand.

Helmut Lang’s new campaign has been positively received by fans, with many claiming it had made them proud to be Welsh. Thousands took to social media to voice their appreciation 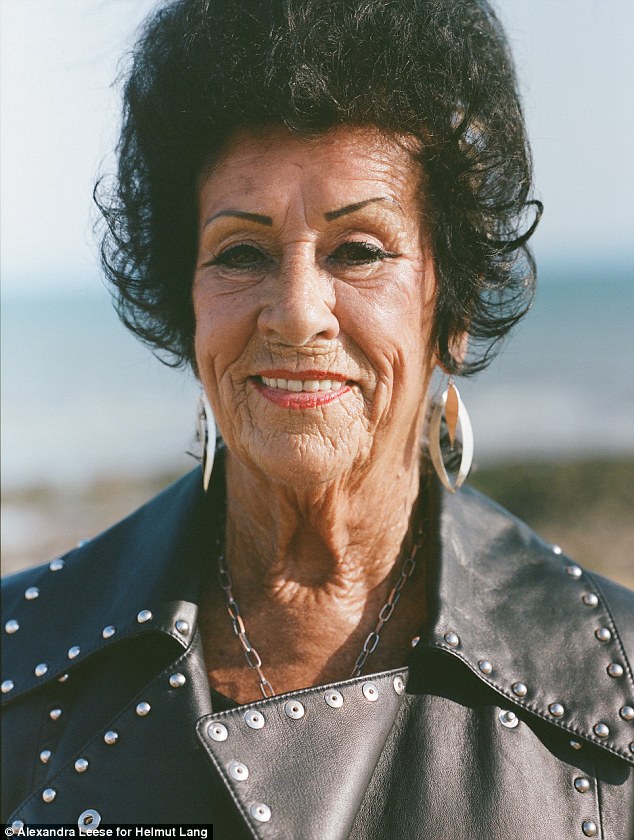 Gillian’s (pictured) coat is on sale for $2,095 (£1,639) but prices for items within the new collection start from just over £100 – it was taken from the new Helmut Lang campaign Women of Wales 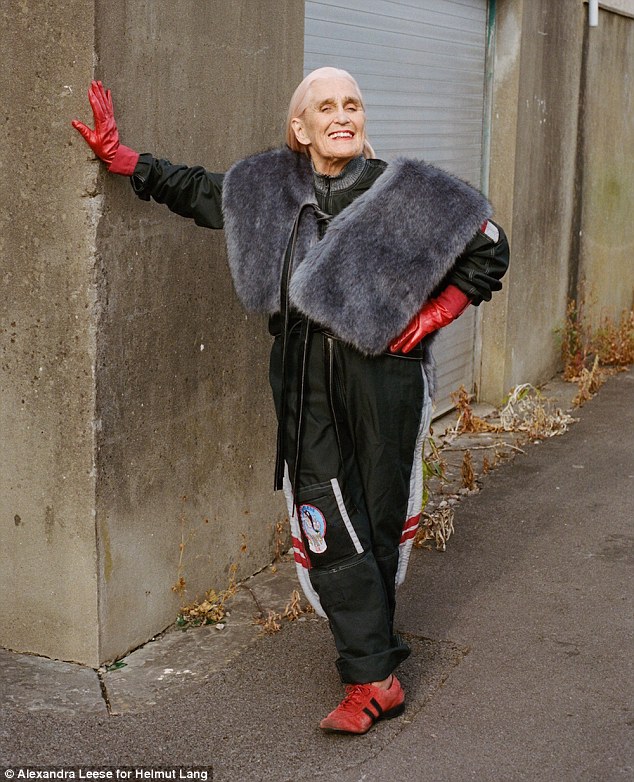 Dilys (pictured), paired red trainers with a charcoal faux fur waist coat and logo trousers as she stood against a stone wall for an urban look, taken from the new Helmut Lang campaign Women of Wales 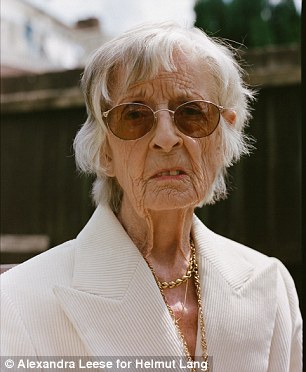 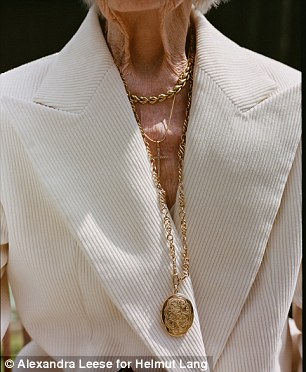 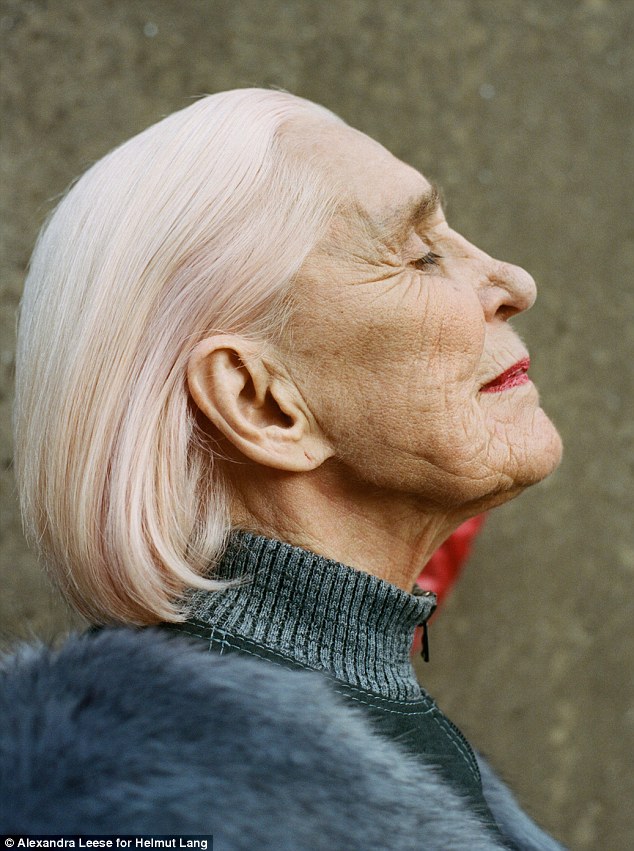 Dilys (pictured) has spent her life trying to make a difference to those with special needs. In addition to her sky diving accomplishments she has also received Lifetime Achievement awards and a Special Recognition award. She stars in the new Helmut Lang campaign Women of Wales 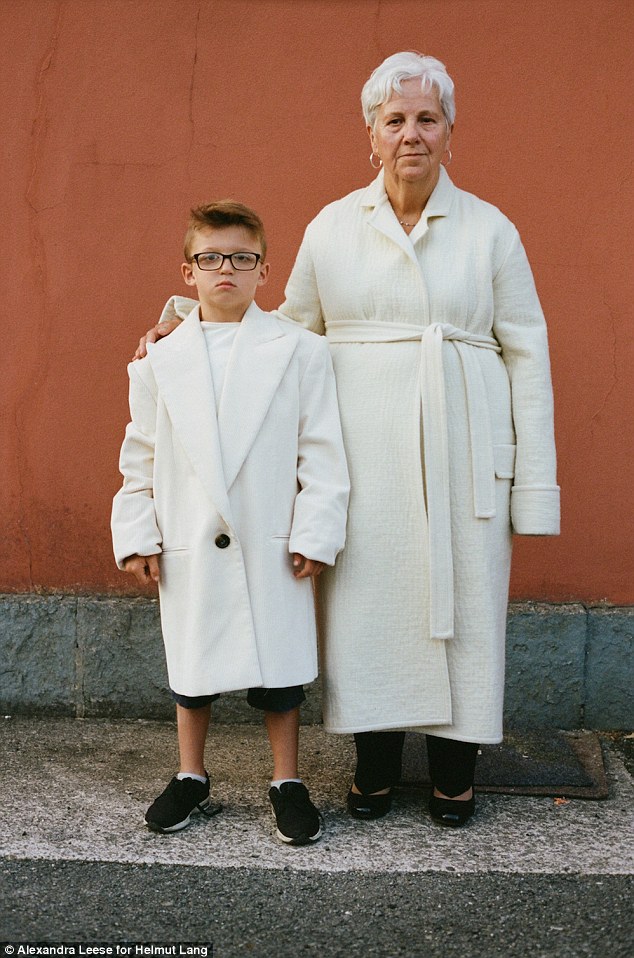 One woman modelled the brand’s belted blanket coat valued at $1,295 (£1,013) alongside a boy in their sleek blazer, in the new Helmut Lang campaign Women of Wales 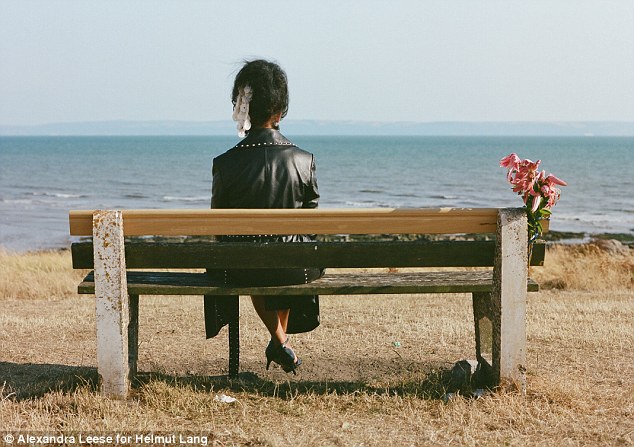 Gillian (pictured) revealed although her husband would love to leave Wales she wouldn’t consider it. She stars in the new Helmut Lang campaign Women of Wales 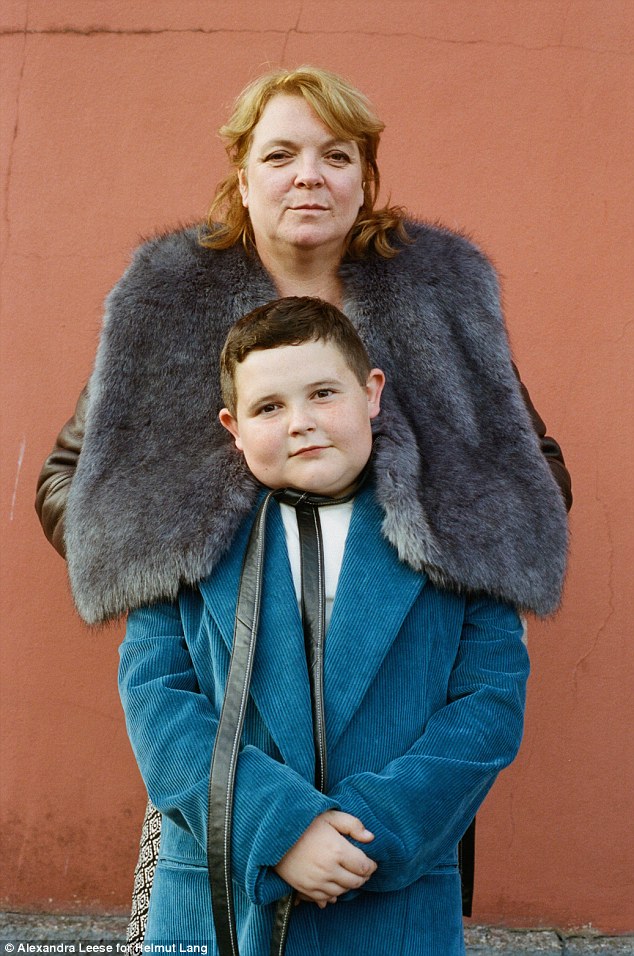 A mother and her son also posed for the campaign in the fur waistcoat and $1,015 (£794) corduroy suit. The pair star in the new Helmut Lang campaign Women of Wales

Earlier this year the founding editor of V magazine Alix Browne, was announced as the label’s new editor-in-residence.

The last collection debuted by the brand was modelled by A-List celebrities Kanye West and Solange Knowles alongside Helmut Lang collectors.