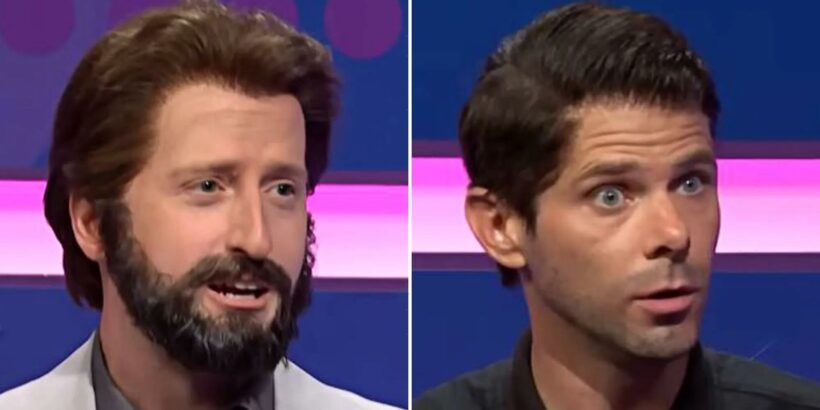 “The game is very simple. We have four male celebrity contestants, and all they have to do is reply to a woman’s DM on Instagram in a way that is normal,” host Miles Teller quipped while emceeing the fake “Send Something Normal” competition series during the Saturday, October 1, episode. “And fellows, if you send a normal DM, you win $100 million.” 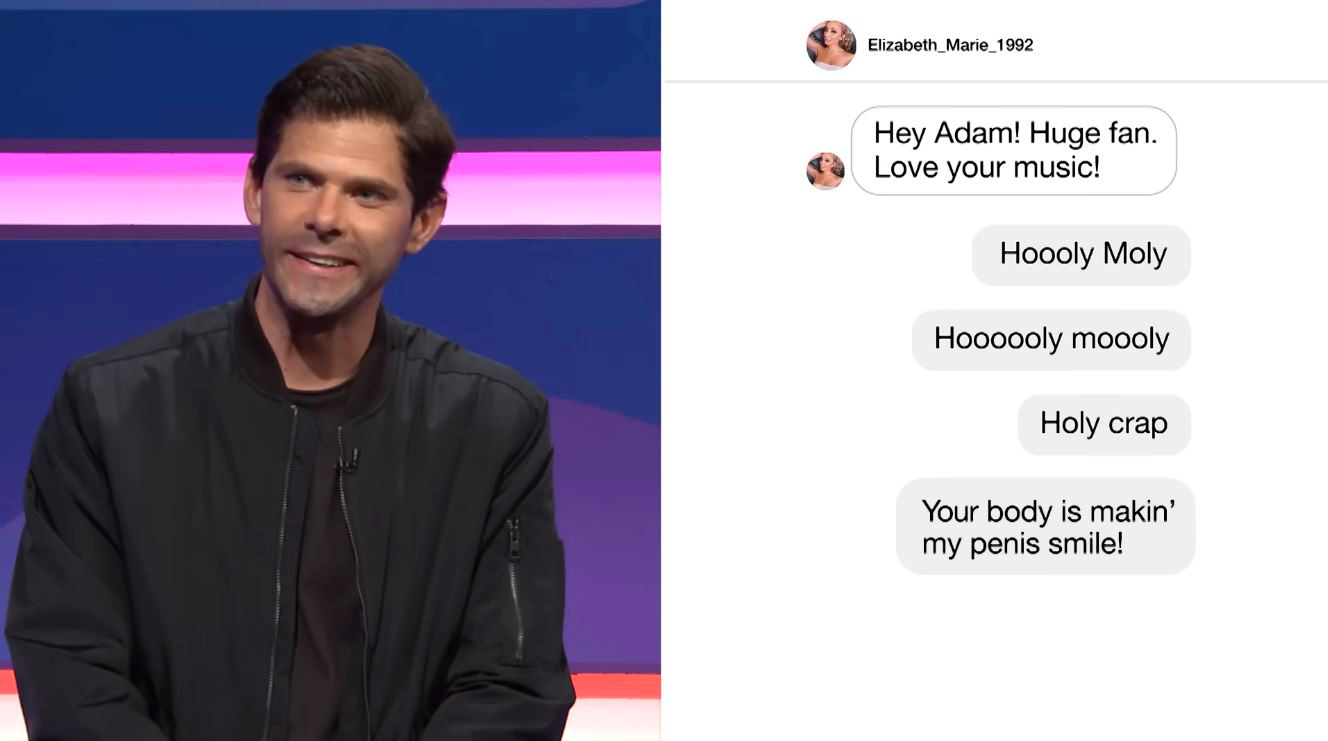 Day’s version of the Maroon 5 singer was up first and was asked to reply to a young woman who DM’ed him to say she was a “huge fan” and loved his music.

“OK. Tough call. Can I see her most liked vacation photo?” Day-as-Levine quipped in the Saturday clip. “All right. Going to kick things off with a ‘Holy moly!’ But I got three more, though. ‘Holy moly! Holy crap! Your body is making my penis smile.’”

Teller was quick to point out that his response was not the correct answer before turning to Johnson’s version of the Call Me By Your Name star to answer a DM that had been sent to his account. 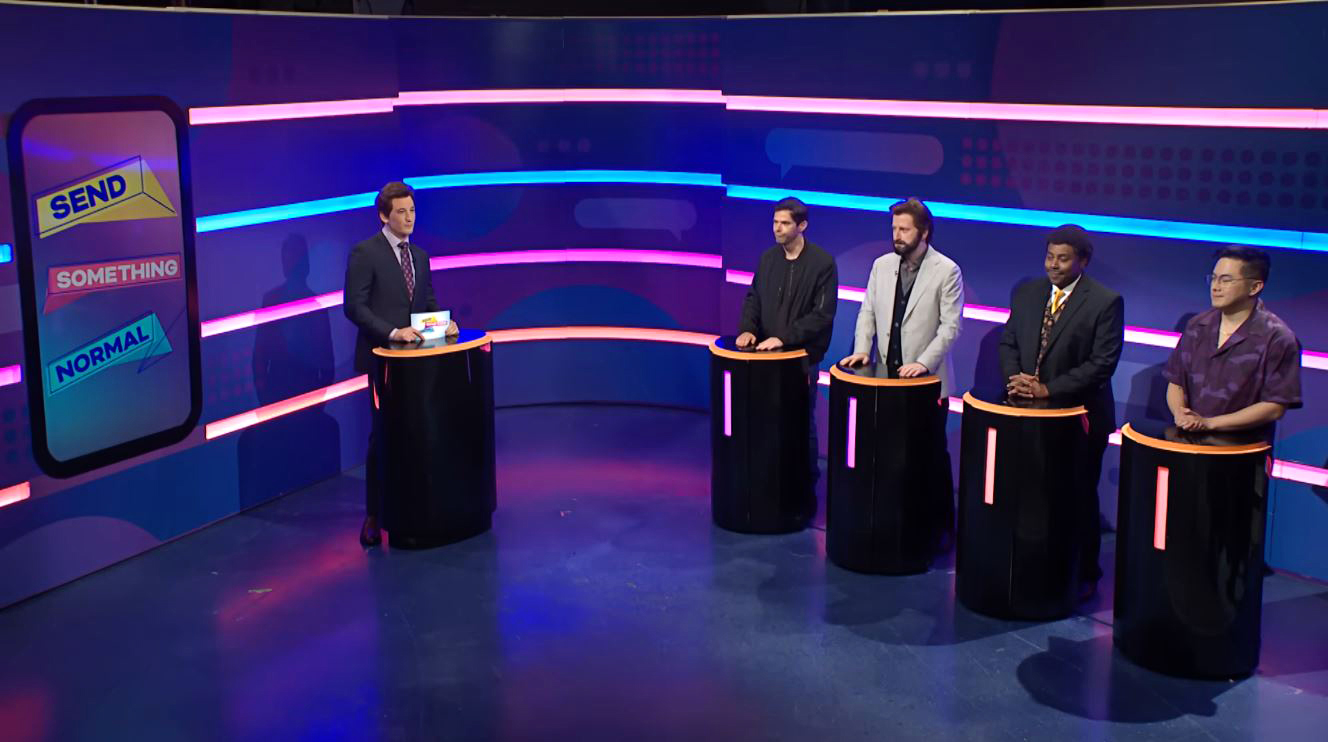 “Alright, look, I know there’s been a lot of talk about me in the press, but I’ve done a lot of work on myself, and I’ve changed. So I have my message,” Johnson replied as Hammer. “‘I want to break open your bones and suck out the marrow.’”

Of course, his answer was also incorrect, leaving Teller disappointed.

“I used poor judgment in speaking with anyone other than my wife in ANY kind of flirtatious manner,” he wrote in an Instagram Story statement on September 20. “I did not have an affair, nevertheless, I crossed the line during a regrettable period of my life. In certain instances it became inappropriate. I have addressed that and taken proactive steps to remedy this with my family.” 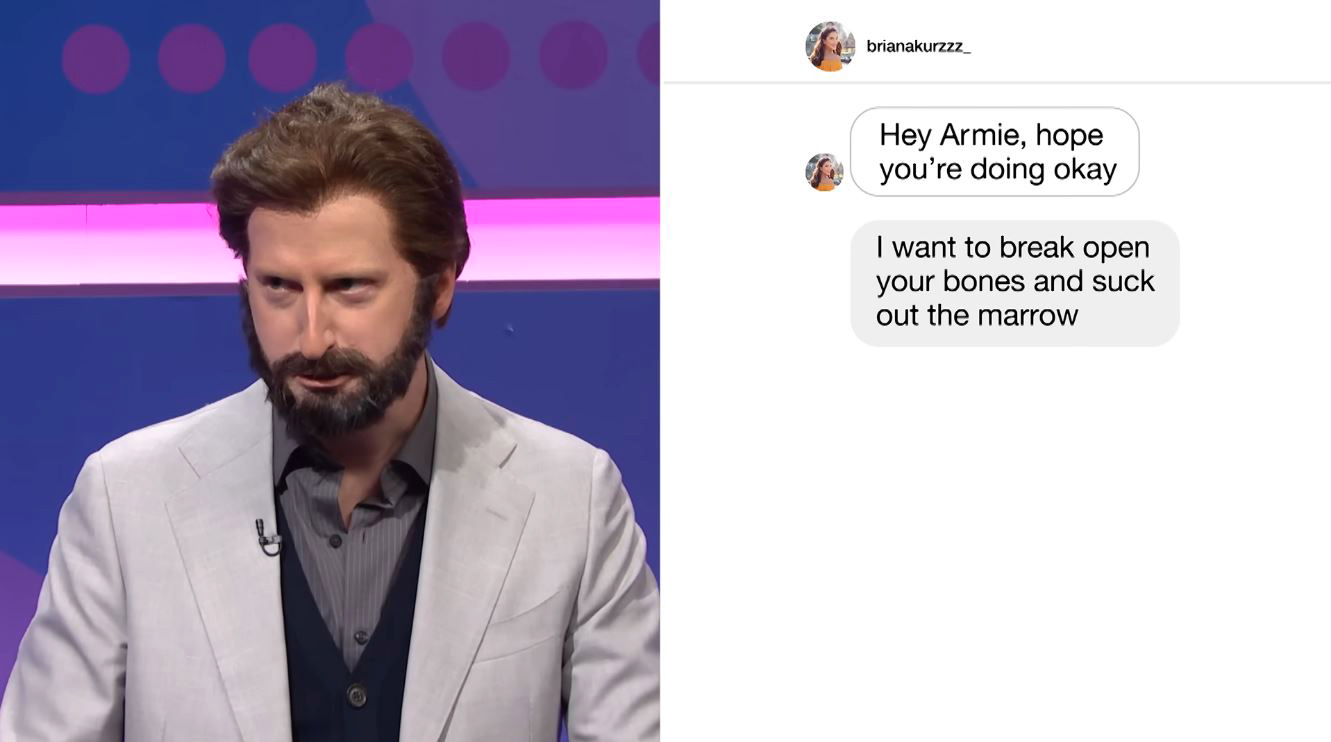 Hammer, for his part, was accused in January 2021 of sending explicit messages about his NSFW sexual fantasies — including rape, mutilation and cannibalism — to multiple women. Several alleged victims also accused him of sexual assault, which he has denied.

“I’m not responding to these bulls—t claims, but in light of the vicious and spurious online attacks against me, I cannot in good conscience now leave my children for four months to shoot a film in the Dominican Republic,” the Social Network actor, 35, told TMZ at the time, referring to his children Harper and Ford, whom he shares with estranged wife Elizabeth Chambers.

For more, watch the clip above!