Revealed: The 10 most irritating office buzzwords that are driving your colleagues mad – including ‘giving 110 per cent’ (so how many have YOU used?)

If you’re guilty of using a bit of jargon in the workplace, such as vowing to give a project ‘110 per cent’ in terms of effort, then you might want to have a rethink.

New research has identified the 10 most irritating pieces of office jargon of the year, that are guaranteed to put your colleagues’ teeth on edge.

Some of the most popular buzzwords and phrases are meant to encourage, but the message often gets lost in translation as many simply don’t know what phrases like ‘square the circle’ are actually supposed to mean.

Others are just frustrated at hearing the same tired old phrases over and over again.

‘Give 110 percent’ has now been voted the most annoying office jargon of 2018 in a poll of more than 100 IT and business professionals. 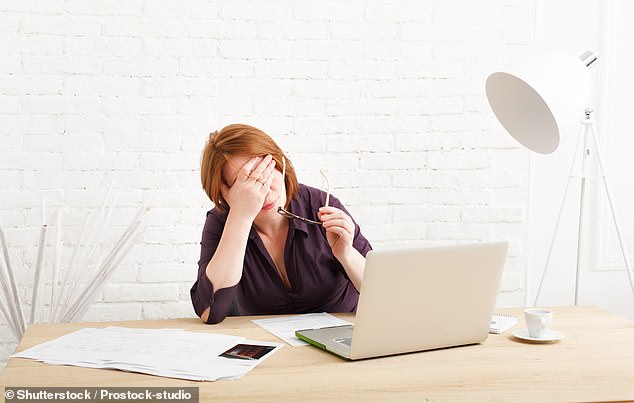 IT professionals have voted for the 10 most irritating business buzzwords of 2018, so if you’re guilty of emailing your colleagues about ‘squaring the circle’ now is the time to stop (stock image)

The survey, which was conducted at London’s IP EXPO tradeshow by Fuze, found that over a quarter of the IT professionals questioned said it was their most frustrating phrase to hear.

‘Blue sky thinking’ came in next, taking 19 per cent of the vote, with ‘low hanging fruit’ close behind at 17 per cent.

Commenting on the survey findings, Bradlee Allen, Product Evangelist at Fuze, said: ‘In businesses across the UK, meaningless and often nonsensical jargon continues to be used.

‘The use of clichés and buzzwords contradicts the move to replicate consumer-like experiences in the workplace and alienates both workers and customers.’

The full list of the top ten most-infuriating office jargon phrases of the year is:

He continued: ‘The new generation of workers value direct communications. Phrases like ‘Give 110 percent’ only cause confusion and create barriers between colleagues. 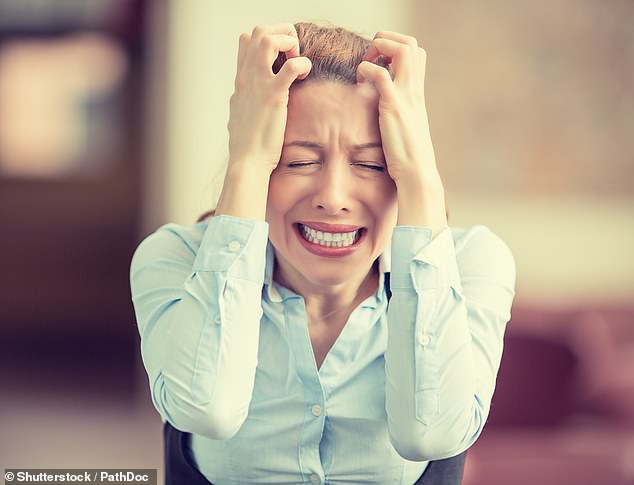 The survey, which was conducted at London’s IP EXPO tradeshow by Fuze, found that over a quarter of the IT professionals questioned revealed their most frustrating phrases to hear (stock image)

‘We need to break away from jargon and move to more valuable conversations between workers.’

Previous research by independent job board CV Library revealed that 70 per cent of workers would like to scrap buzzwords completely.

Meanwhile 74 per cent of people said they believe colleagues only use buzzwords in order to sound more intelligent.