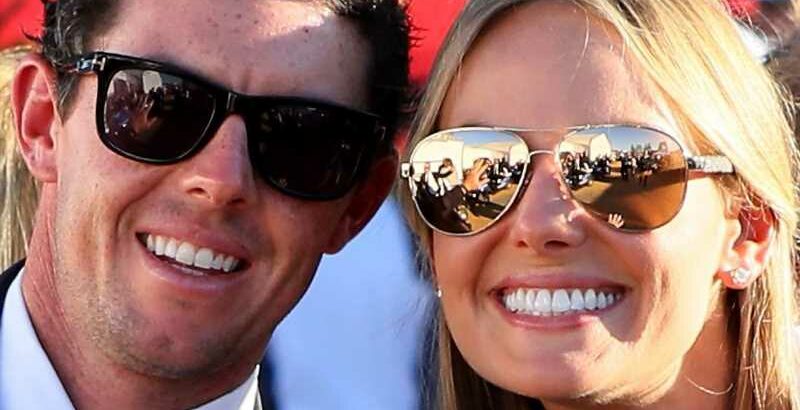 Back in 2012, Erica Stoll nearly saved professional golfer Rory Mcllroy from missing his tee time at the BMW Championship in Medinah, Illinois. Nearly a decade after that encounter, the successful Irish golfer is married to Stoll and they have one daughter together, Poppy, who was born in September of 2020, per Bunkered. In his long list of accomplishments, Mcllroy’s win at the BMW Championship in 2012 is perhaps the most impressive, mostly due to the fact that a misunderstanding about the time zone nearly made him late to a championship that he inevitably won. As it turns out, the car transporting Mcllroy to the course was driven by Stoll, who was a member of the PGA of America transportation team at the time, as reported by GolfMagic.

Ahead of the BMW Championship in 2019, Mcllroy spoke about this first meeting with his future wife. “Erica that week was always the one that was checking us in and out,” Mcllroy said during a media event in 2019 (via Golf Channel). “She was there at transportation, so she was always in the car park over there (by the clubhouse). But yeah, it’s still cool to look around and think about that week, and obviously everything that’s happened since then. It’s pretty cool.”

According to GolfMagic, the pair spent time together before becoming engaged in 2015 and getting married in County Mayo, Ireland, in 2017.

Mcllroy was previously engaged to another high-profile athlete

Though Rory Mcllroy first met wife Erica Stoll in 2012, he was still dating professional tennis player Caroline Wozniacki at the time. In 2014, Mcllroy realized that the red carpet lifestyle that came with dating another athlete at the top of her game garnered just too much public attention for his liking, so he called off their engagement just days after the wedding invitations were sent out to their guests. According to the New York Post, Mcllroy ended their relationship in a three-minute conversation on the phone. To say that Wozniacki was stunned would be an understatement. “I thought at least, you know, I would get a face-to-face or something, but there was nothing,” Wozniacki said on “In Depth with Graham Bensinger” (via the New York Post). “It was just a phone call and I did not hear from him again.”

For his part, Mcllroy is happier than ever with Stoll, who tends to shy away from the spotlight. “I thought at the time that being with someone that was in a similar position to you was the obvious answer,” McIlroy told the Irish Sunday Independent in 2017. “But it isn’t, because you can never get away from it. You can never detach yourself and try to come back to the real world. And that’s why I feel in such a good place now. I don’t feel Erica wants to change me in any way. I can be myself around her; there’s no bulls***, no acting, no show.”