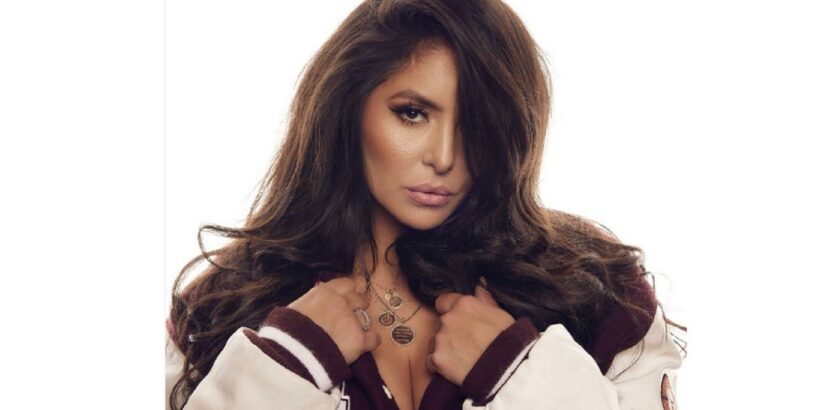 American model Vanessa Marie Bryant is the wife of renowned NBA player Kobe Bryant. She was a high school senior when Kobe, already a star with the Los Angeles Lakers, proposed to her. Suddenly thrust into the limelight, she gradually evolved into more than just her husband’s supporting character. Her marriage had endured sexual assault allegations against one of the highest paid basketball player during his time.  The couple eventually filed for divorce petition that was ultimately dismissed.

Like her husband, she was soon the subject of conflicting opinions from the public at large, being admired one moment and then mocked the next. Celebrity Net Worth says Vanessa Bryant will be worth an astounding $600 million in 2021. Kobe Bryant, her late husband, amassed most of this income throughout his 20-year professional basketball career.

Formerly known as Vanessa Cornejo Urbieta, Vanessa Bryant was born on May 5, 1982, in Huntington Beach, California, to parents of Mexican descent. Sophia Urbieta, her mother, raised her alone while juggling two careers because she was just three years old when her parents split up. Sophia married Stephen Laine in 1990, and Vanessa acquired his surname in 2000, even though she was never legally adopted by him. Bryant and her friend Rowena Ireifej went to an Irvine Meadows Amphitheatre hip-hop performance in August 1999.

They were recruited to be background dancers and extras in a music video and even celebrities took on the role of being an extra in the music videos before becoming famous. In the future, Bryant shared the screen with singers like Krayzie Bone and Snoop Dogg in their respective music videos. Bryant first met her husband-to-be Kobe Bryant in November 1999, on the set of the music video for the song G’d Up. Bryant’s final year of high school was spent as an independent study because of the disturbances produced by her high-profile romance.

Laine and Kobe Bryant got engaged six months after their first meeting. The diamond in her engagement ring was a whopping seven carats. On April 18, 2001, the couple tied the knot. The small wedding took place in St. Edward Roman Catholic Church in Dana Point, California, and was attended by no more than a dozen close family and friends. She changed her name to Vanessa Marie Bryant when she wed. Vanessa filed for divorce in 2011, citing insurmountable differences. A prenuptial agreement was not executed before the marriage.

In an interesting twist (though it didn’t matter in the end because they didn’t divorce), Vanessa waited only a few months after their tenth wedding anniversary to file for divorce. A few months after Kobe renewed his $84 million deal, she also decided to file suit. They called off the divorce a few years later after announcing their reconciliation which happens to some celebrity couples. Despite the backlash, the couple stayed together and tied the knot in April 2001. They eventually had four kids and are still very much in love. There does not impede that genuine love can’t conquer, and Vanessa Laine Bryant is proof of that.

When Kobe Bryant and his daughter Gianna, then 13 years old, perished in a helicopter crash in Calabasas, California, on January 26, 2020, Vanessa Bryant’s life came crashing down. She bravely took care of her two daughters, Natalia and Bianka, and continued with her life. MarketWatch says Vanessa is in charge of settling the Bryant family’s estate. Given Kobe’s off-court successes, it’s hardly surprising that his wife’s fortune has grown. According to Forbes, Kobe put between $4 million and $6 million into the then-upstart sports drink company BodyArmor in 2014. According to CNBC, Coca-Cola purchased BodyArmor in 2021 for $5.6 billion.

The Kobe Bryant Estate, now managed by Vanessa, made an estimated $400 million from this deal. Vanessa and Chris Chester later won $31 million in their negligence case against the city of Los Angeles on September 16, 2020. In 2021, Coca-Cola paid $5.6 billion to acquire BodyArmor, as reported by CNBC. According to Vanessa, who now oversees the Kobe Bryant Estate, the family made an estimated $400 million. They filed a negligence suit against the city of Los Angeles where there are tons of expensive restaurants around. They filed it on September 16, 2020, and received $31 million. The couple filed a lawsuit seeking compensation for the mental anguish they endured when photos taken by first responders at the helicopter crash scene were made public. The plaintiffs claimed that Los Angeles did not do enough to protect the privacy of the victims and their families, so they filed a lawsuit against the city.

Additionally, Bryant is the president and chief executive officer of Granity Studios, a multimedia production company that her husband founded in 2013. In 2017, the company’s animated short film Dear Basketball was awarded the Academy Award for Best Animated Short. Granity Studios has made adaptations of Kobe Bryant’s Wizenard and Epoca series of young adult novels. When he passed away in 2020, Bryant worked on a children’s book with the Brazilian author Paulo Coelho to help underprivileged youngsters. Coelho remarked that it didn’t make any sense to publish without Kobe in an interview after Bryant’s death, explaining why he had opted not to publish the work.

READ NEXT: 20 Facts You Didn’t Know About Kobe Bryant