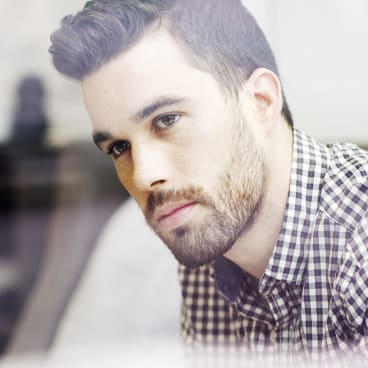 The stigma around depression is lifting, but we still have a long way to go.

If you spent any time on social media this past weekend, you no doubt saw hundreds – nay, thousands – of people reflecting on the recent suicides of Kate Spade and Anthony Bourdain. Some wondered what could have motivated these two wildly successful people to take their own lives. Others noted that we can never know someone else's pain – and that, in any case, just because someone leads a seemingly blessed life doesn't mean she or he can't suffer from depression.

The New York Times tweeted out helpful recommendations of books that explored depression, including Andrew Solomon's classic, The Noonday Demon.

Lots of suggestions were offered to help people suffering from depression:

And then there was the category that hit me the hardest: people who had suffered from depression and decided that now was the right time to tell their own stories. Such stories – or rather the accumulation of such stories – convey a brutal truth: Depression is far more commonplace than you might think. And people you would never expect to suffer from depression do.

These stories also speak to the stigma that still attaches to depression. Untreated depression can cost people their marriages, their jobs, their friends – and yes, their lives. Yet far too often, people who suffer from depression are afraid to acknowledge it, out of fear or shame.

The decision to come out of the depression closet usually comes after a great deal of hesitation – and as part of a conscious effort to say out loud that depression is a medical condition, not a character flaw. Stigmatising it isn't just counterproductive, it's dangerous.

I know these feelings because I've had them myself over the last few years, as I've gone back and forth over whether to tell my own story of depression. Like those others who have come forth after the deaths of Spade and Bourdain, my answer – finally – is yes. So here goes.

Twelve years ago, when I was 54 and living a seemingly blessed life, I decided to get divorced. That decision, though the right one for me, consumed me with guilt, and caused me to spiral into a paralysing depression, something I had never experienced before. I lost all interest in everything; my brain became a never-ending loop of crazed and dark thoughts. I could barely get out of bed. My work, which had always been so central to my life, felt meaningless. At Thanksgiving that year, I was so paralysed I could barely speak to my own children. It was the only time in my life that I had suicidal impulses.

I got through that first depression with the help of a new psychologist, some anxiety medication, and my soon-to-be ex-wife, who despite everything, helped coaxed me back to health. Because depression had never been part of my makeup, my working assumption was that it was a one-off. It was the result, I assumed, of my being traumatised at the thought of divorcing a good person with whom I had raised three children and had shared a life for over 30 years.

But I was wrong. Somehow that episode triggered something, or changed something, in my brain. Three years later, I had a second bout of depression. And then a third a few years after that. And a fourth. In between I would have long stretches of normalcy, as well as shorter stretches of what I now realise was mild mania – hypomania, it's called – during which I would feel invincible. Deep into middle age, I had become bipolar.

Except that I resisted that diagnosis with every fibre of my being. Partly it was because I was terrified at the idea of having to take lithium, the drug of choice for people with bipolar disorder. (Didn't it have side effects that caused patients to stop taking it?) But it was also because I was ashamed. Why? I can't really say. But that feeling was real, and it was powerful.

Because these subsequent depressions were not as severe as the first, I decided to push through them. I went to work as if nothing were wrong, and managed, somehow, to write two op-ed columns a week for the New York Times, where I was employed at the time. But my thinking was impaired, and I sometimes blurted out non sequiturs during interviews, which did not enhance my ability to get the information I was seeking. I would spin my wheels for days at time, unable to come up with a column idea until the last possible second, which put me under the kind of deadline pressure that does not make for good writing or good thinking.

Worst of all, as a direct consequence of being depressed, I made several major factual errors that required substantial corrections in the paper and apologies from me. These mistakes didn't just discredit me, they also, painfully, embarrassed the Times editorial page. In no small part because of those errors, my boss – who had no idea I suffered from depression – eventually had me shipped off to the sports section.

My most recent bout of depression came two years ago. This time I decided to acknowledge to the sports editor that I was depressed, though I assumed I would try to push through it once again. But I was acting erratically in the office, and to his everlasting credit, he wasn't willing to look the other way. He insisted that I go on sick leave so that I could get better at home, with the help of my family and without the pressures of work.

Which I did. That was the summer when I finally accepted that I had become bipolar in midlife, agreed to let my doctor prescribe lithium, and began telling friends that I suffered from depression. When I returned to the office after a two month leave and colleagues asked me where I had gone, I gave them an answer I had never given before: I'd been depressed, I said, and I needed the time off to get better.

Like so many others, the stigma of depression prevented me from telling people who needed to know that I was sick. I realise that now. Had I been willing to acknowledge my disease, I might have avoided those mistakes and maintained a decent relationship with my boss. By trying to hide my depression, I harmed my career and an institution that mattered a great deal to me.

It used to be that depressed people would be told they needed to shake it off, or "pull themselves up by their bootstraps." That attitude has been fading as people come to understand that depression is an illness, and that those who have it can't shake it off any more than someone with cancer can shake that disease off. As more adults who have suffered major depression in the past year tell their stories, the stigma will surely lift. Just not fast enough.

Joe Nocera is a business journalist and author. He writes about sports at The New York Times where he previously wrote about business and was a columnist for the newspaper's Op-Ed page.