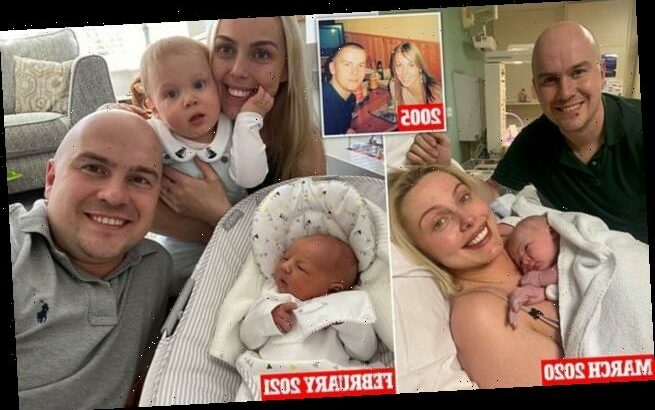 High school sweethearts who rekindled their love in 2019 have had a whirlwind two years after moving in together, getting in engaged – and having two lockdown babies.

Scott Gretton, 33, and Rachel Taylor, 32, from Hartlepool, County Durham, welcomed little Oscar days into the first lockdown on March 31 2020, followed by another little boy less than 11 months later on February 24 this year.

Last week’s arrival completed a crazy couple of years for the pair, who only got back together two years ago after enjoying a childhood romance that ended aged 16. 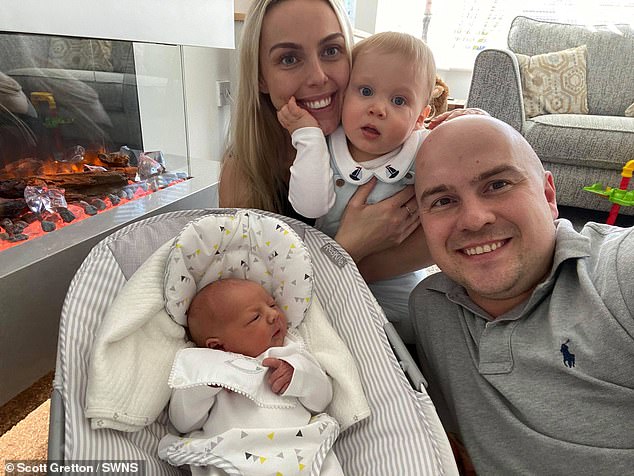 Scott Gretton, 33, and Rachel Taylor, 32, welcomed little Oscar days into the first lockdown on March 31, followed by another bundle of joy less than 11 months later on February 24 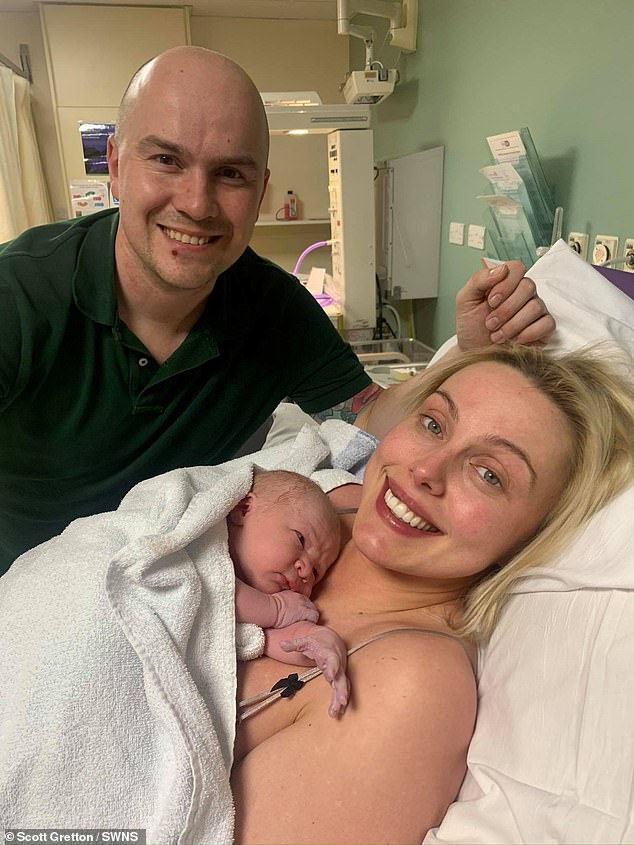 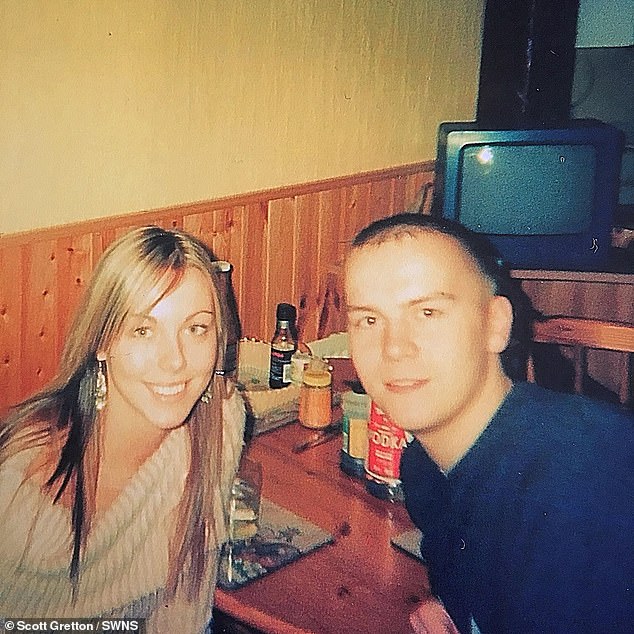 Rachel and Scott, pictured aged 16, dated at high school but then went their separate ways

They hit the headlines a year ago when Scott proposed by having the words, ‘Mammy will you marry my Daddy?’ embroidered onto their newborn baby Oscar’s sleep suit.

The youngster was less than 24 hours old at the time and fantastic photos show the moment Scott executed his plan, which happened while the family were still in hospital.

Scott and Rachel were high school sweethearts but split up aged 16 before reuniting on February 24, 2019 – two years to the day before baby number two came along.

The couple haven’t named their latest arrival yet but say they can’t wait for lockdown to end so they can show him off to friends and family. 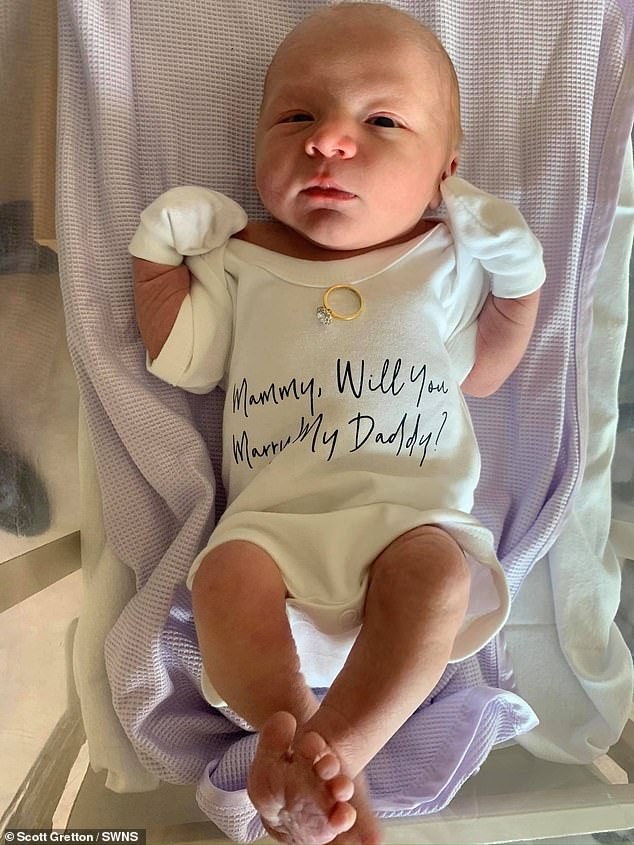 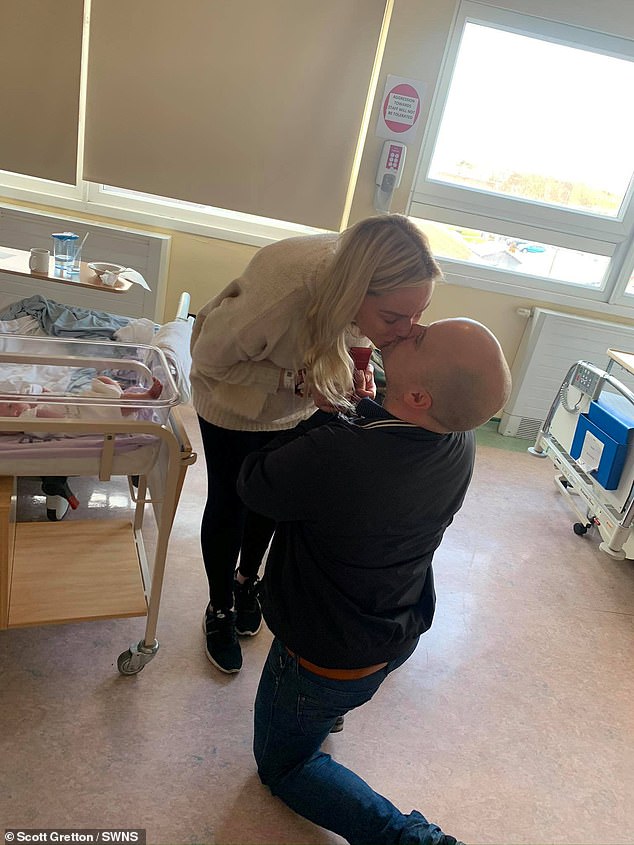 Hospital proposal! Scott got down on one knee after Rachel gave birth. The couple have had a whirlwind two years after getting back together, welcoming two babies and getting engaged

She said: ‘The last two years have been a real whirlwind, we’ve certainly been busy.

‘I can’t imagine there are any other couple’s out there crazy enough to have two babies in lockdown.

‘We haven’t heard anyone else has done the same so we could be the first.’

Scott, who runs a construction firm, added: ‘We’ve certainly had a productive lockdown. 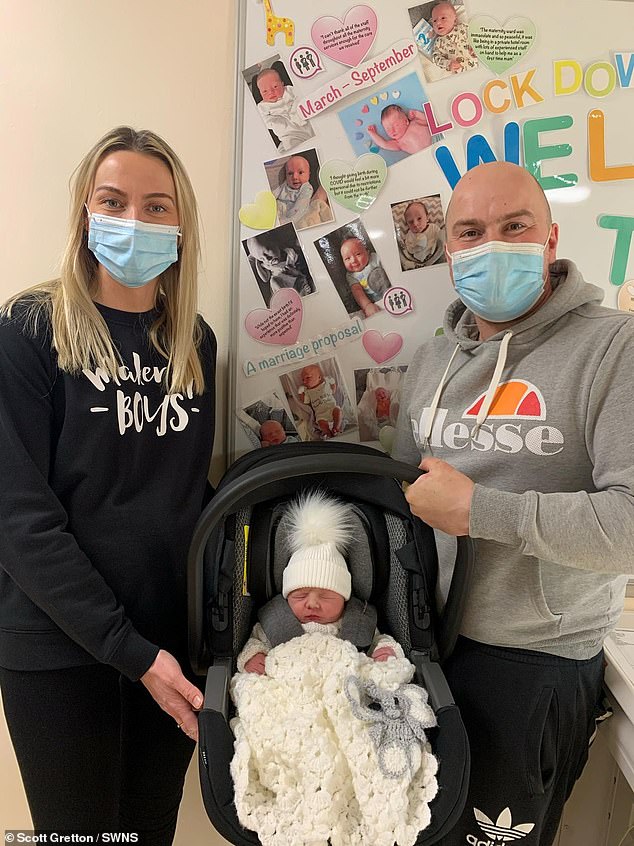 The proud parents with Oscar, who was born in March last year. Their friends and family have mainly met him through windows or on the doorstep because of lockdown

‘I’m delighted to say that mum and both babies are doing brilliantly. We’re so happy and I’m very proud of them.’

Rachel, who runs a beauty business, said it’s been ‘difficult’ to give birth and also raise a newborn amid the pandemic but she ‘couldn’t be happier’ with how things have ended.

She added: ‘The last 12 months have been nothing like we imagined.

‘When you give birth you expect to come home to a house full of people with lots of support from friends and family.

‘Due to the circumstances, we obviously couldn’t have that, which is a real shame.

‘Our friends and family have had to meet Oscar through windows or on doorsteps, so it’s sad they have been deprived.

‘But we always try to be positive and the good thing about all this is that it’s meant Scott and I have had loads of time with Oscar.

‘I feel like it has brought us all really close together and we’re grateful for that.

‘When I pictured my family in my head this is exactly what I imagined, so I couldn’t be happier.’ 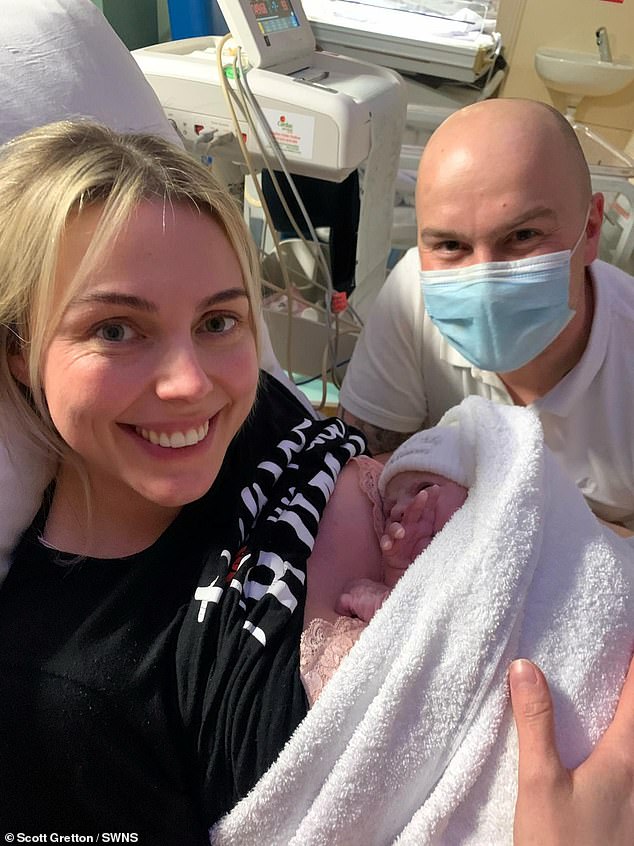 When Rachel gave birth to Oscar last year, she said the hospital felt ‘deserted’ during her 25-hour labour, but luckily Scott was able to be by her side

Rachel said it was ‘strange’ giving birth at the University Hospital of North Tees on March 31, only five days after the first national lockdown was announced.

She added: ‘It was like the calm before the storm. The whole place was deserted so I felt like I had the most amazing private care.’

Despite her excellent treatment, Rachel’s difficult labour went on for 25 hours.

She said giving birth at the same hospital 330 days later was ‘completely different’ – mainly because the labour was significantly shorter at two hours.

Rachel added: ‘Second time round it was really busy, I think plenty of people had the same idea as us to have a baby.

‘The care we received was still incredible, it hadn’t slipped at all in the year despite all the strain the workers have been under. 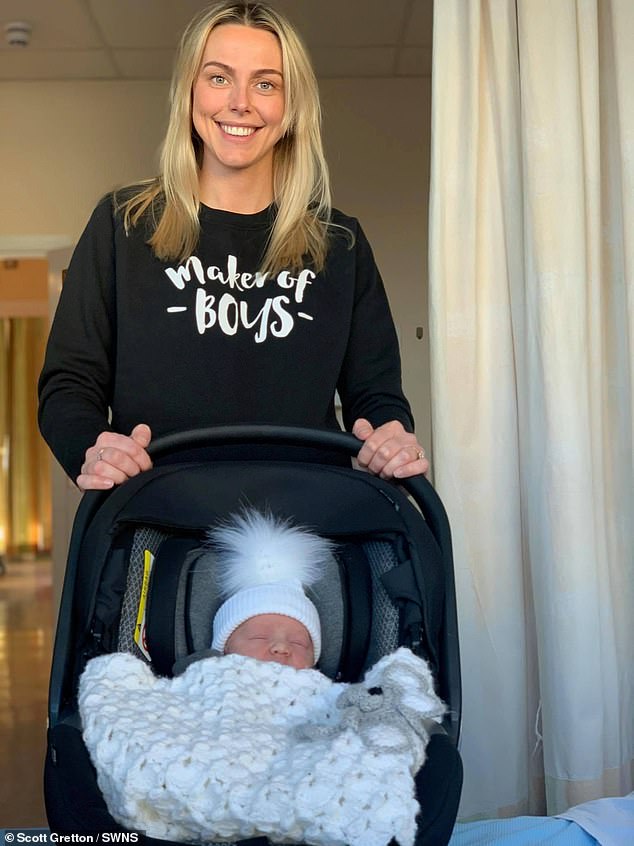 Rachel said that lockdown has meant lots of extra bonding time with Oscar, which she feels grateful for, despite the strange circumstances 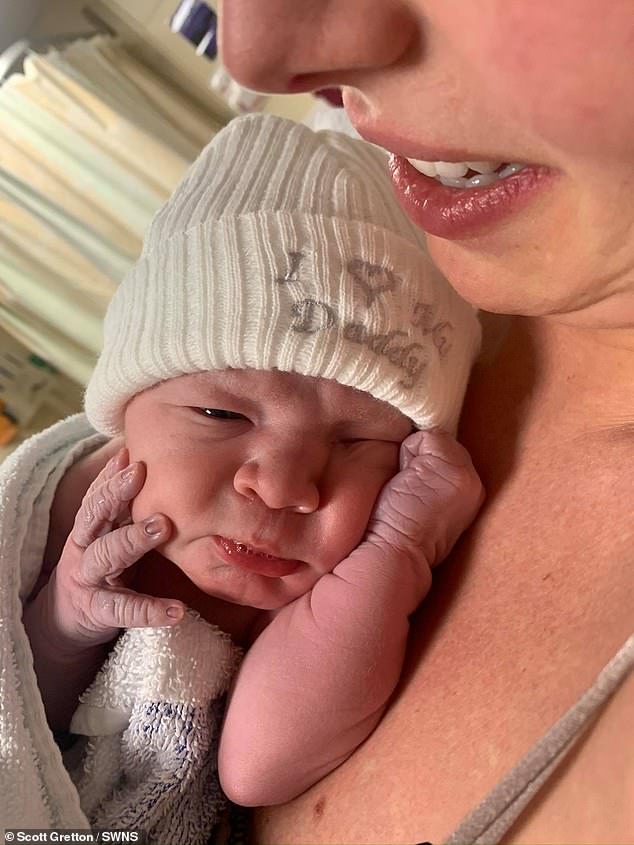 Rachel welcomed baby Oscar at the start of lockdown last year, after 25 hours of labour

‘We were both incredibly impressed and feel very thankful for the way we were treated.’

Although Rachel enjoyed a shorter labour second time round, she only had paracetamol for pain relief so the birth itself was more difficult.

Fortunately, Scott was able to be at his partner’s side for each of the births, which were planned, in line with guidelines that allow one person to be in attendance.

The family-of-four have returned home now and Rachel and Scott are planning to catch their breaths after a hectic couple of years.

She said: ‘We don’t have any plans for baby number three. I think doing this all over again in another 11 months would be a bit too much.’

The next major milestone in their calendar is New Year’s Eve 2022, when they will tie the knot.