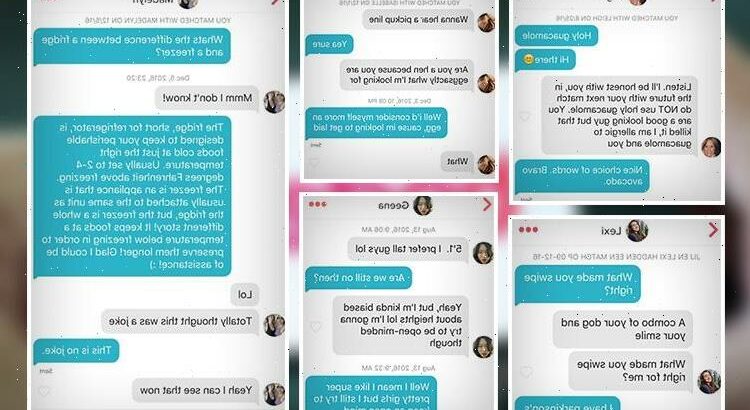 THESE are the hilarious screenshots which prove that not all of us are ready for the world of online dating.

The unlucky daters who found themselves on the wrong end of these dodgy chat-up lines were definitely left wishing that they'd never swiped right. 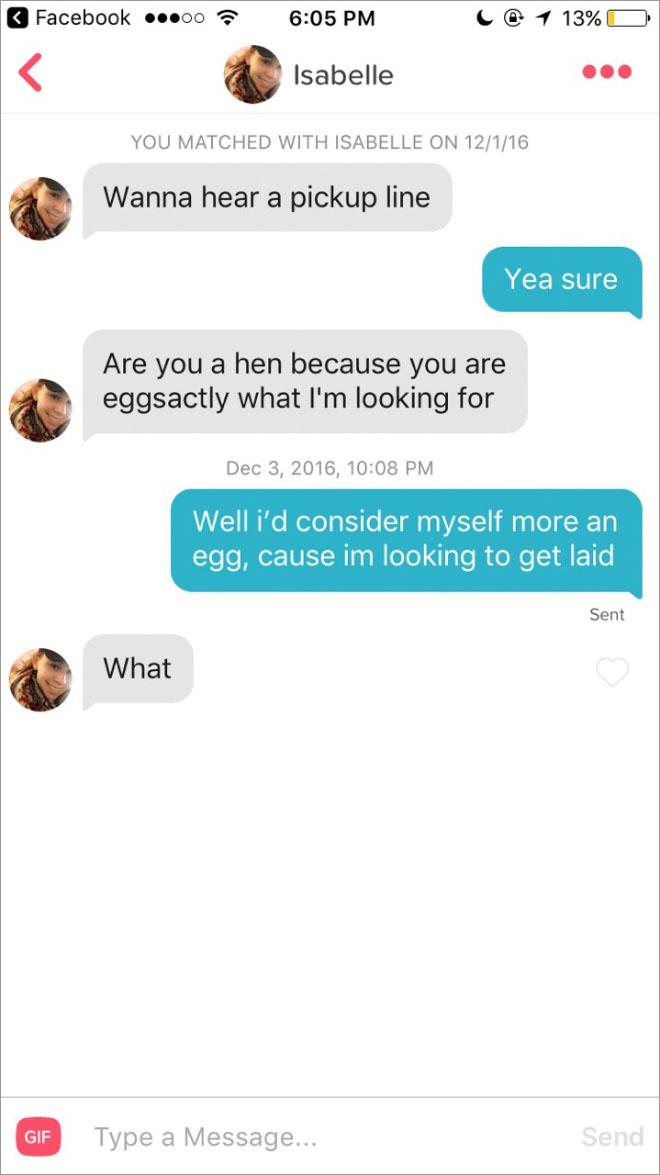 These screengrabs show what happens when Tinder matches end up without a spark, including some hilariously short exchanges.

In fact, some of the conversations are so short that they consist of just one cringeworthy opening line.

A brazen dater tries his luck with the opener: "Wanna go halves on a baby?", with a predictable lack of success.

Other hilarious screenshots show what happens when people get the wrong end of the stick entirely, and miss each other's blatant punchlines.

And another joker confused his match when he claimed he was only on Tinder to buy rare Yu-Gi-Oh cards and find a carpenter.

If you thought your Tinder game was bad, you should be reassured that you're nowhere near as awkward as any of this lot… 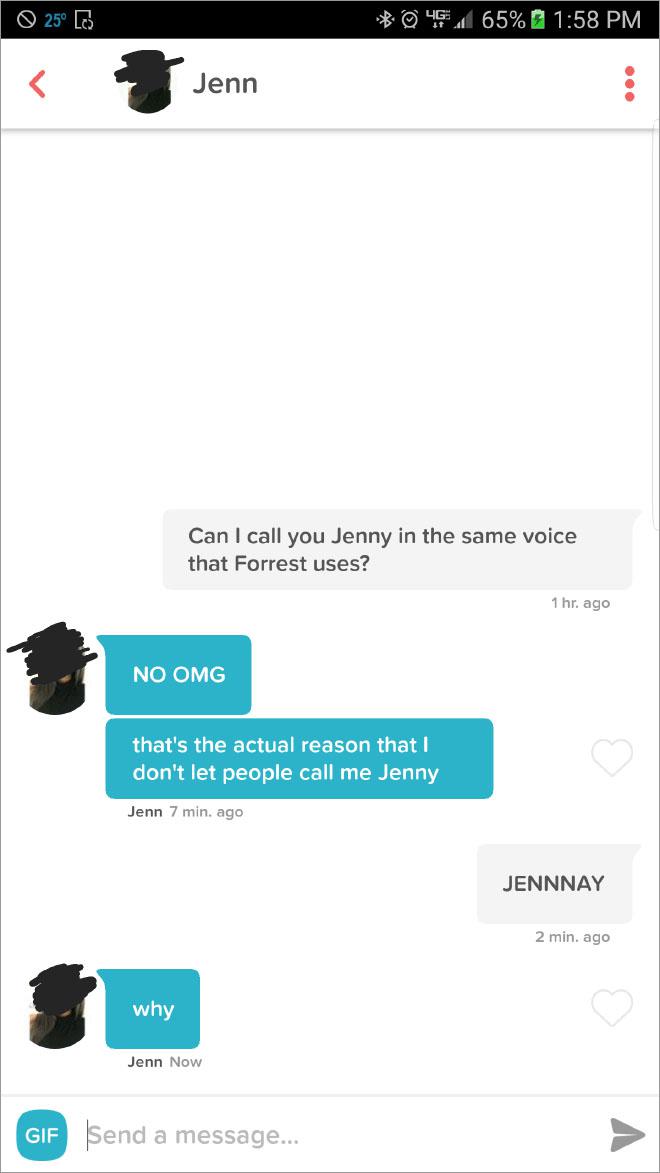 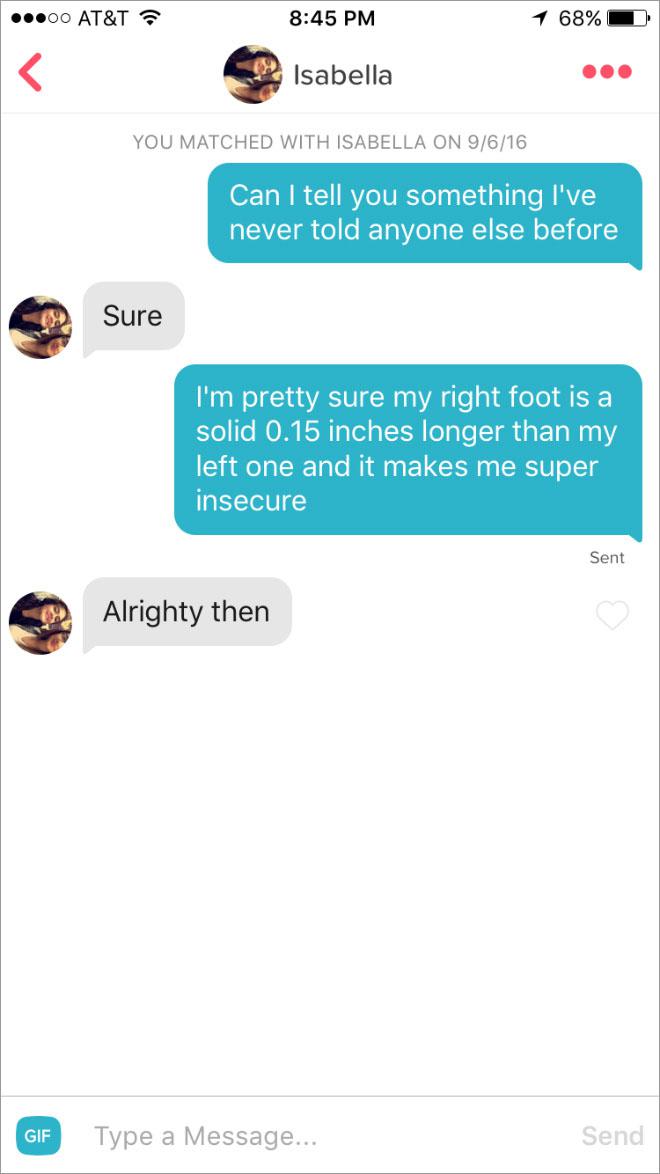 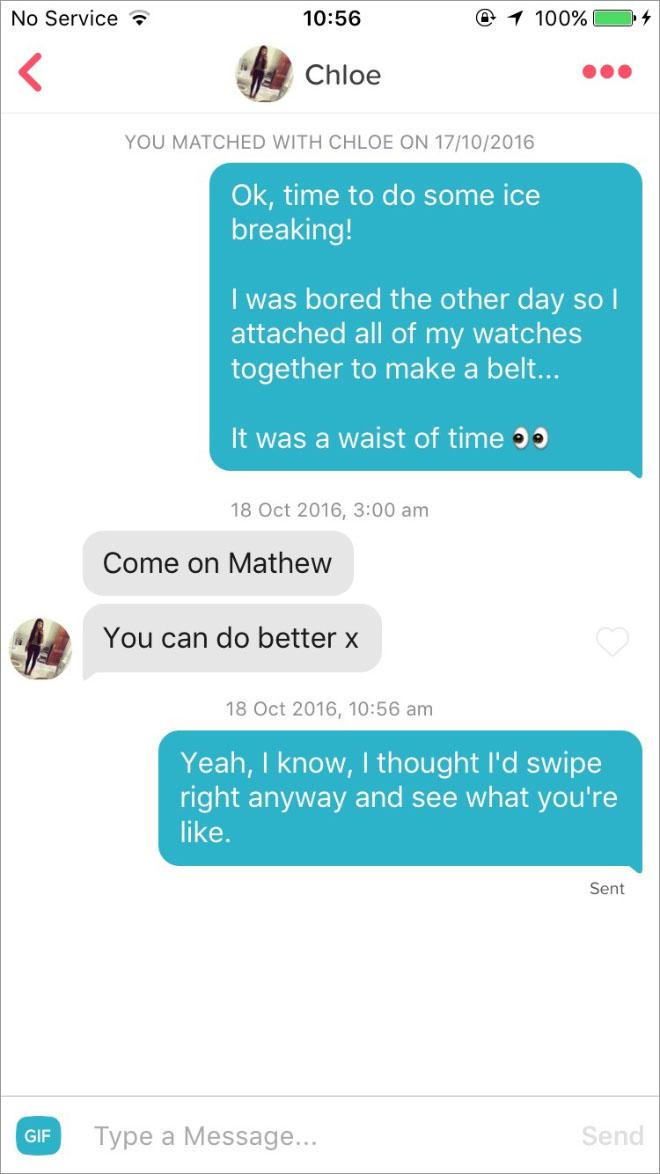 Driving her round the bend 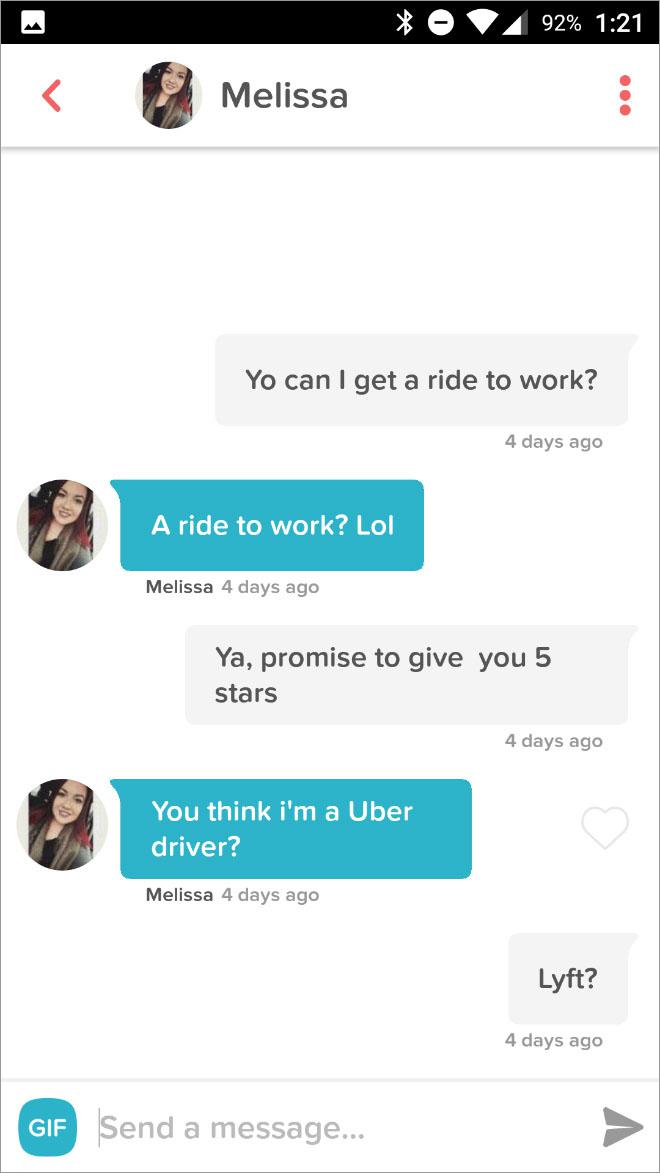 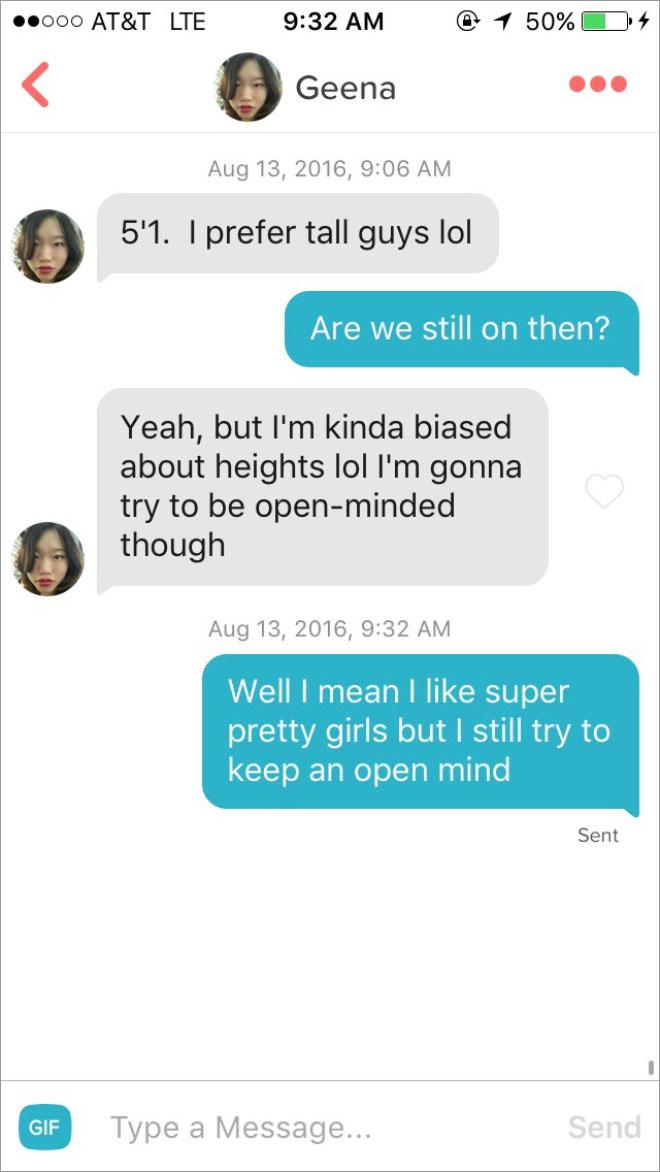 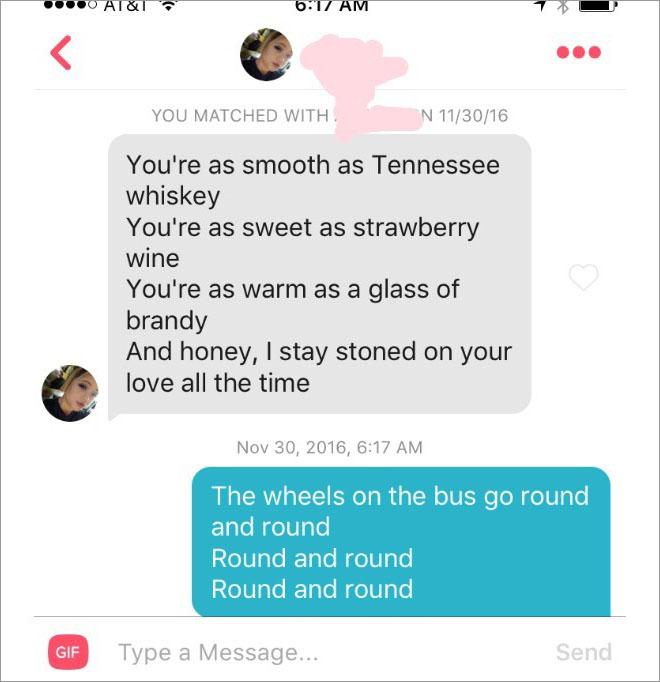 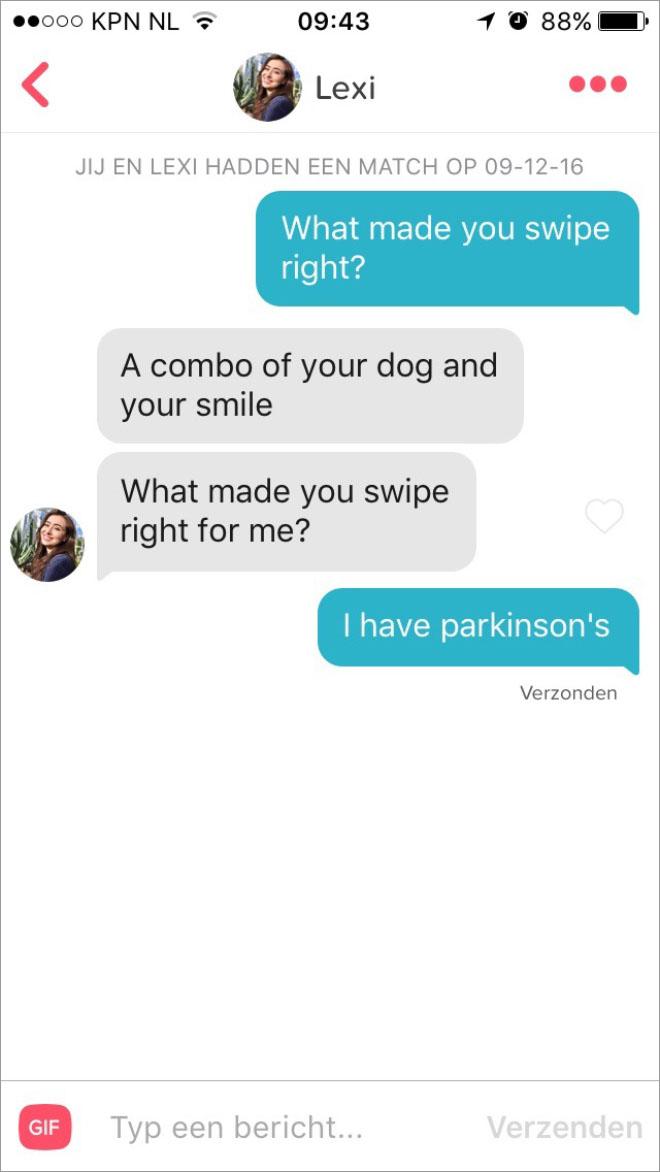 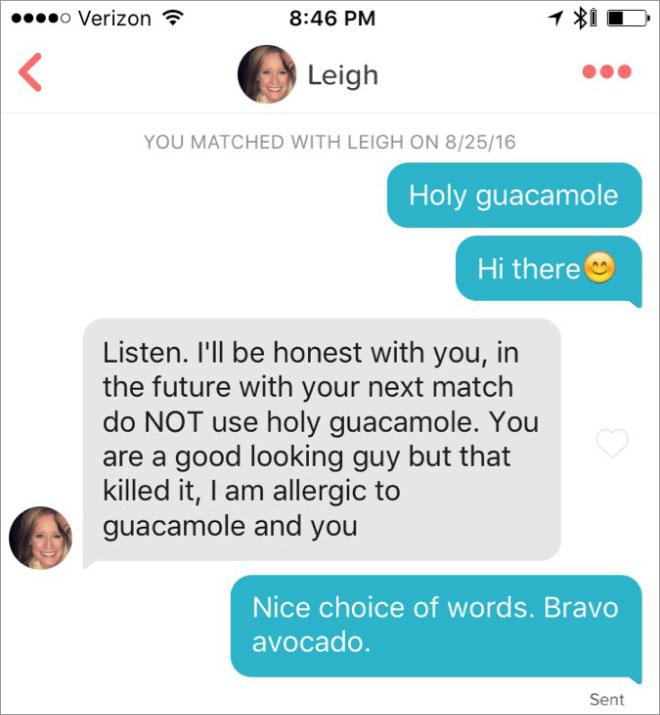 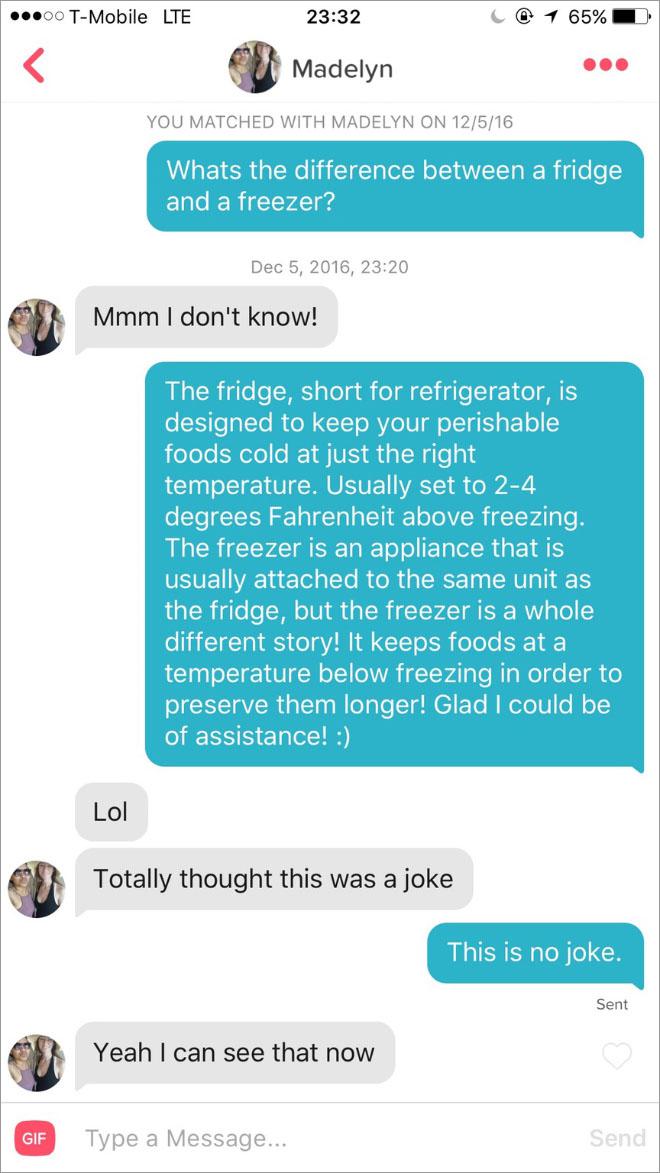 You've got the wrong app mate… 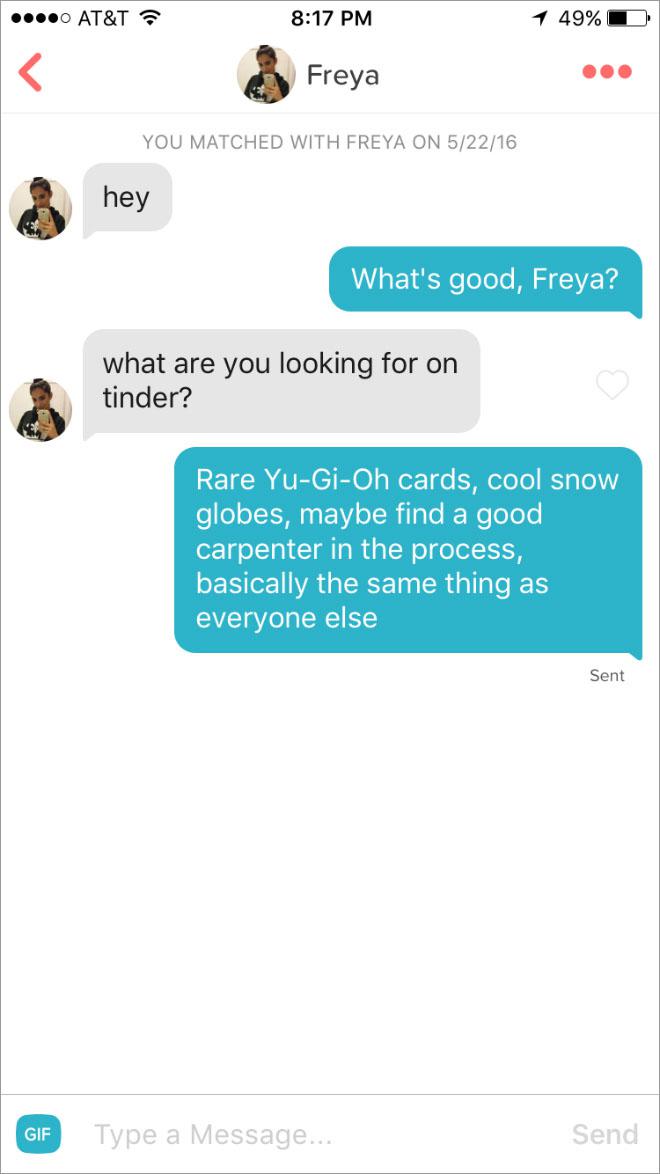 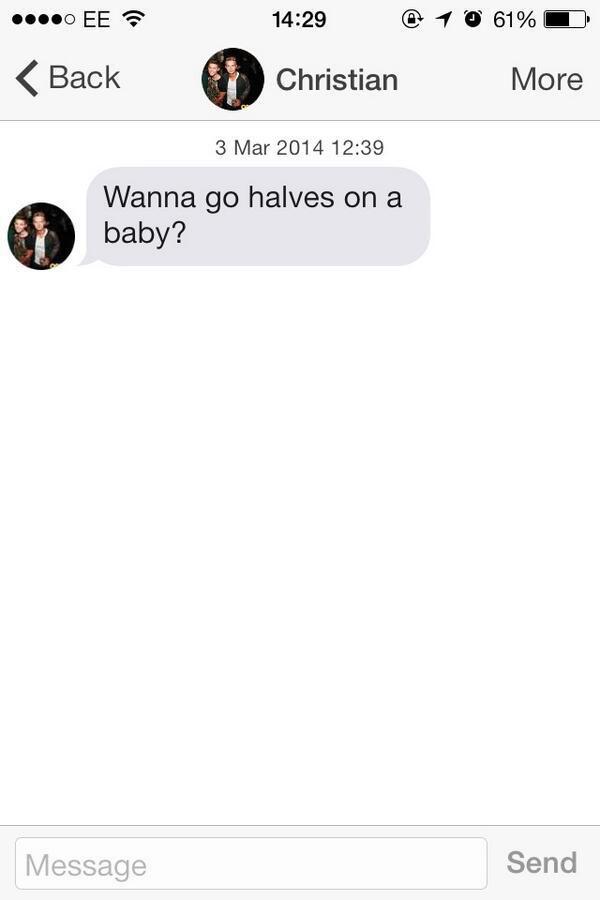 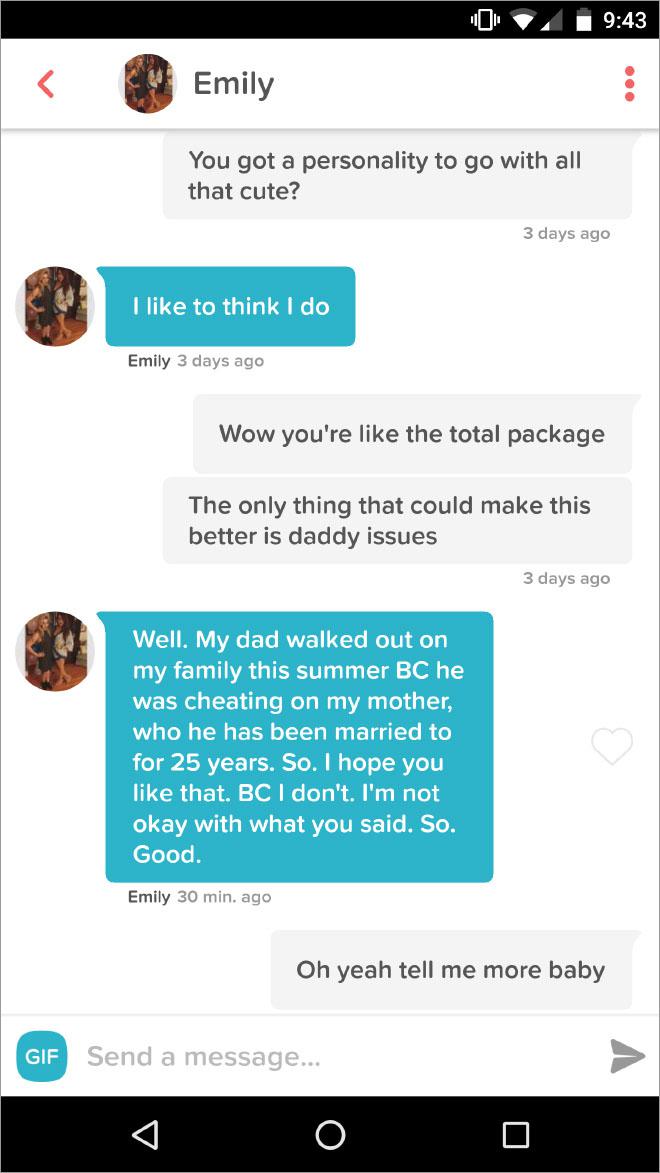 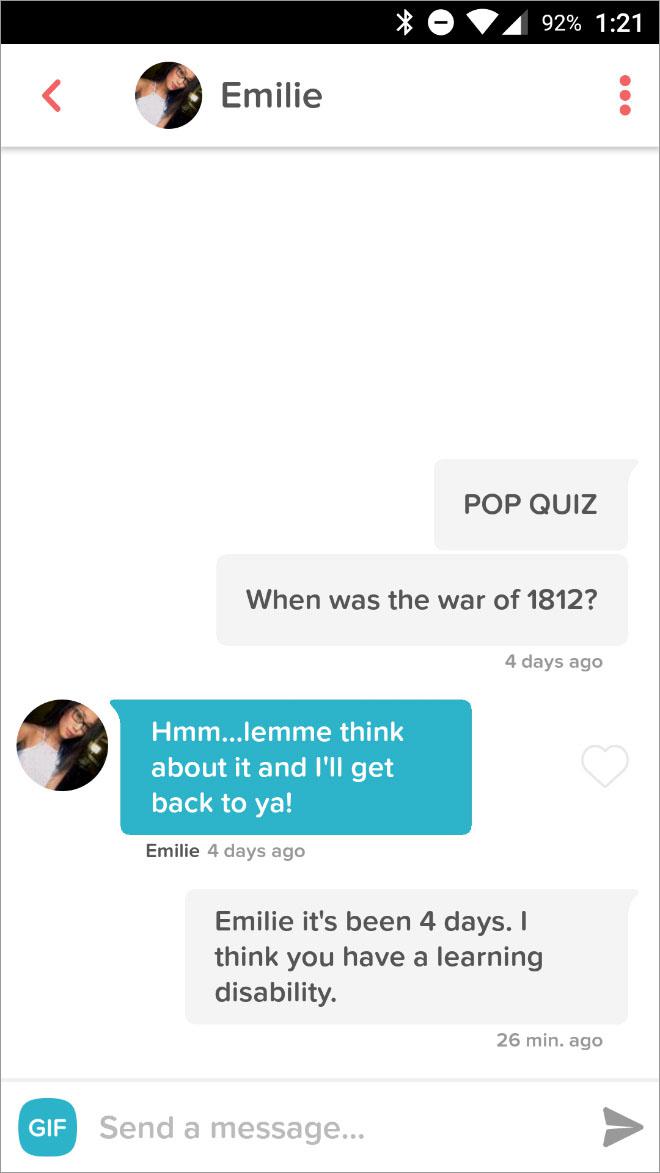 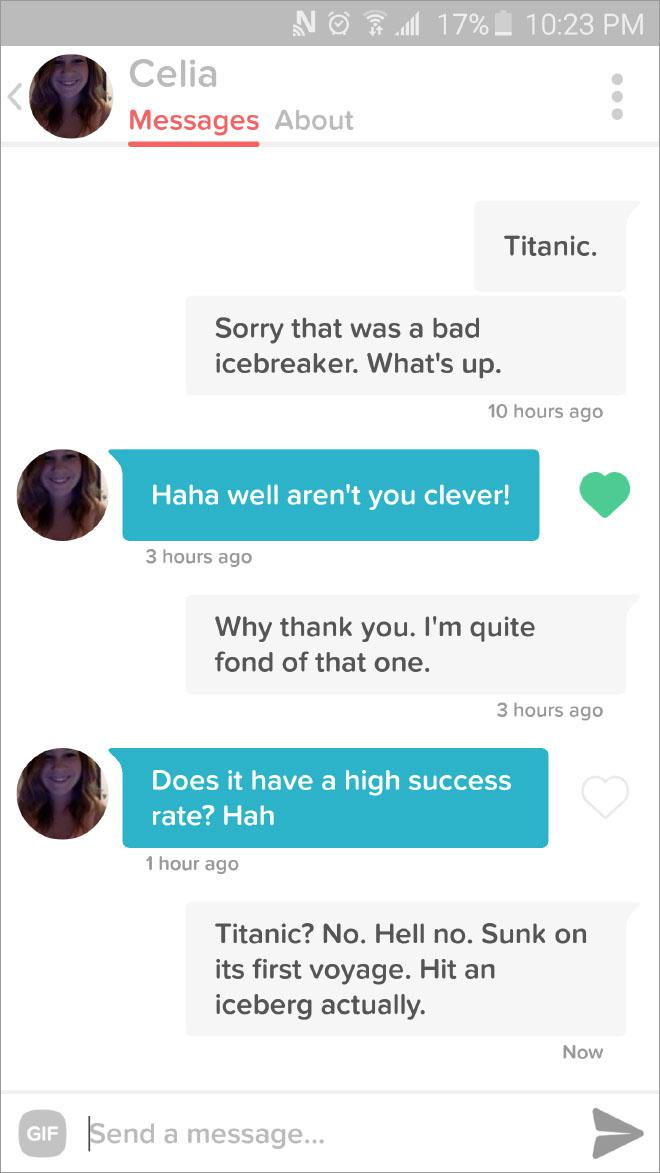 Most Read in Living

We compare shiny PVC outfits from the high street with raunchy clothing from specialist sex-shops — but can you tell which is which?

Not the breast idea

If you're having as much luck as this lot, you may want to check out our guide to the one thing which you should NEVER include in your Tinder profile.

And if you want a personal insight into the murky world of online dating, you should read up on the adventures of Tinderella, the Sun's unlucky-in-love dating columnist.